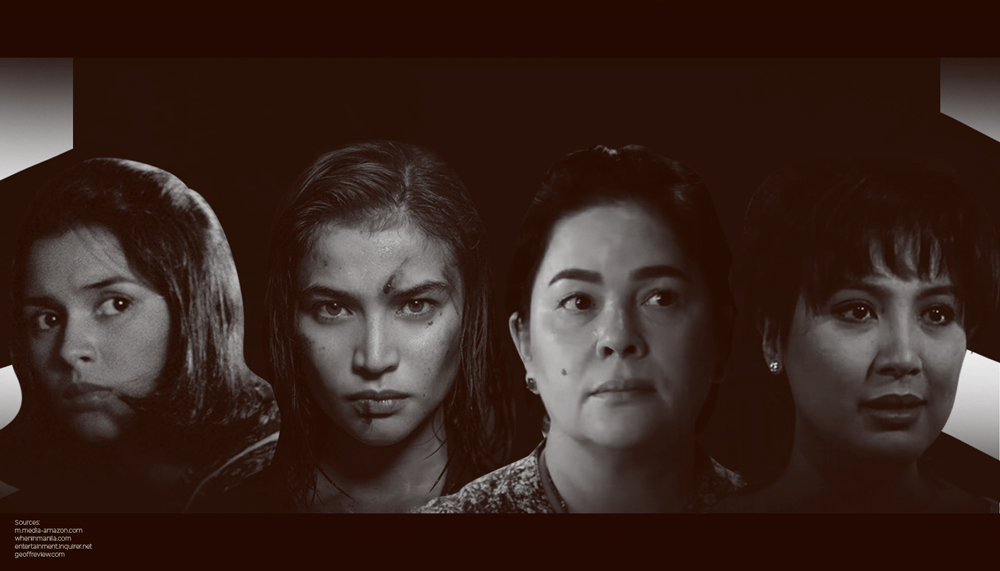 Gone are the days where movie plots subsisted on weak, helpless women being saved by strong, courageous men. Even Disney has broken free of this theme, with characters like Mulan and Moana inspiring girls to believe in their own abilities and choose their own path in life.

Philippine audiences have a soft spot for classic action stories where “macho” men save the day, but we also love seeing female protagonists show amazing strength, both physically and emotionally, and in some cases, women who can also be role models for young Filipinas. In fact, Filipino movie-makers have been doing this for several decades now, even picking up numerous local and international accolades along the way.

Here are 12 of those movies: 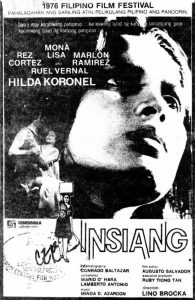 The eponymous character, Insiang (Hilda Koronel), is the daughter of an abusive mother, Tonya. She is raped by Tonya’s boyfriend, and tries to run off with her own boyfriend, Bebot, in the hopes of a better life. Insiang soon realizes Bebot is no better, and she returns home to seek revenge on everyone who has hurt her. While Insiang’s decisions can be considered less than admirable, what we can appreciate is her shift from being a victim, to someone who chooses to take charge of her own life. 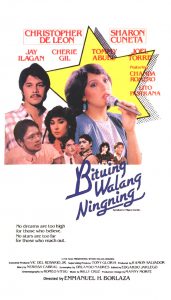 The spotlight is on newcomer singing sensation Dorina Pineda (Sharon Cuneta), and she suddenly finds herself in the midst of all the evil that comes with success. She was once the biggest fan of Lavinia Arguelles (Cherie Gil), who now declares Dorina to be “nothing but a second-rate, trying hard copycat” and makes life difficult for Dorina. More complications arise when Dorina and Lavinia’s boyfriend Nico fall in love, and Dorina needs to figure out what really matters in life. 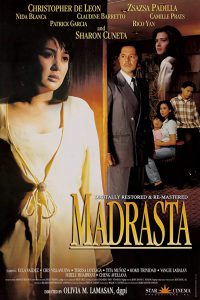 When Mariel (Sharon Cuneta) marries Edward, she faces the challenge of becoming stepmother to his three children: a teenage daughter who openly hates her, a preteen son who is withdrawn, and a five-year-old girl who desperately craves for a mother figure. When Mariel reaches breaking point, she is left to decide whether running away or facing her new responsibilities is the right thing to do. 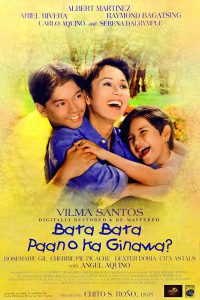 Lea (Vilma Santos) is a women’s rights advocate who has two children with two different men. She defies the rules of convention in a time where women were seen as housewives who only did household chores and attended to their husbands’ and children’s needs. She raises her children in an unorthodox manner, which the fathers allow. Eventually, however, both fathers try to take them from her. But rather than forcing the kids to stay, Lea allows them to decide for themselves where to go. 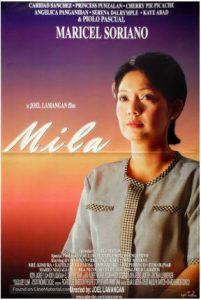 Mila (Maricel Soriano) is a public school teacher whose commitment to teaching and her students outweigh her own personal problems. She is also an activist who fights for the rights and fair compensation for public school teachers across the Philippines. When she is fired from her job, she finds ways to keep teaching, continuing to look out for the welfare of others rather than her own. Mila is based on the life story of Anita Pamintuan.

Four Sisters and a Wedding (2013) Directed by Cathy Garcia-Molina, story by Vanessa Valdez 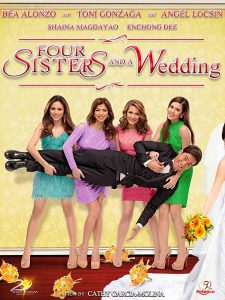 The movie is about four sisters who want to put a stop to their younger brother’s wedding, but here, we highlight one of the sisters, Bobbie (Bea Alonzo), a corporate communications manager in New York and the epitome of success. While her go-getter attitude gets her labelled as ‘ambisyosa’ by some, she knows that her success is what will bring her family out of their financial problems. 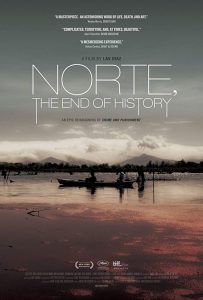 Joaquin is wrongfully imprisoned for the murder of his money lender, while the actual criminal roams free. While in prison, Joaquin’s wife Eliza (Angeli Bayani) is left to pick up the pieces and take care of their children on her own. Norte is based on Dostoyevsky’s ‘Crime and Punishment’. 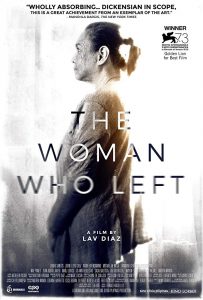 Horacia Somorostro (Charo Santos-Concio) is released after 30 years of imprisonment for a crime she did not commit. She learns the truth of what happened and vows to take revenge on the person who framed her. Ang Babaeng Humayo is a movie based on Leo Tolstoy’s short story ‘God Sees the Truth but Waits’. 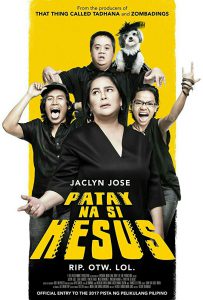 Iyay (Jaclyn Jose) is a food vendor from Cebu City, who learns that her estranged husband, Hesus, has died. She drives to Dumaguete with their four children to attend his funeral. Iyay displays strength as a single mother—strict when she needs to be, but compassionate and forgiving just the same. 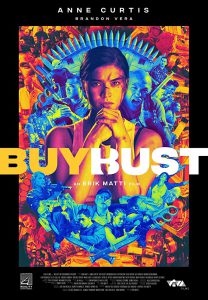 Nina Manigan (Anne Curtis) is an anti-drug enforcement agent who is absorbed by a new squad after her previous team is killed. They are tasked to take down a notorious drug lord and end up trapped in the slum area where the bust is supposed to take place. Nina holds her own by fighting off criminals and trying to stay strong despite the tragedy she had just experienced. Meanwhile, Anne Curtis also shows she can break away from ‘pretty girl’ roles and throw some pretty mean punches instead. 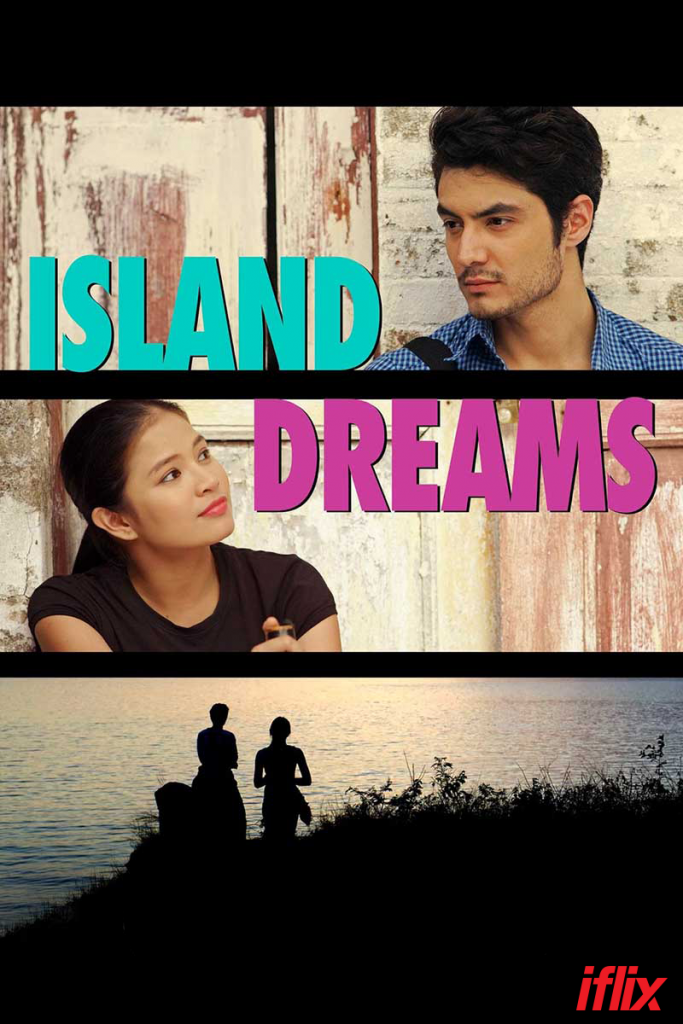 Julie (Louise De Los Reyes) is an unaccredited tour guide who dreams of being a singer someday. With the trademark Filipino traits of optimism and hard work, she finds herself as a tour guide of a heartbroken American tourist to earn some money—little did she know the journey (of self-discovery) she has gotten herself into. 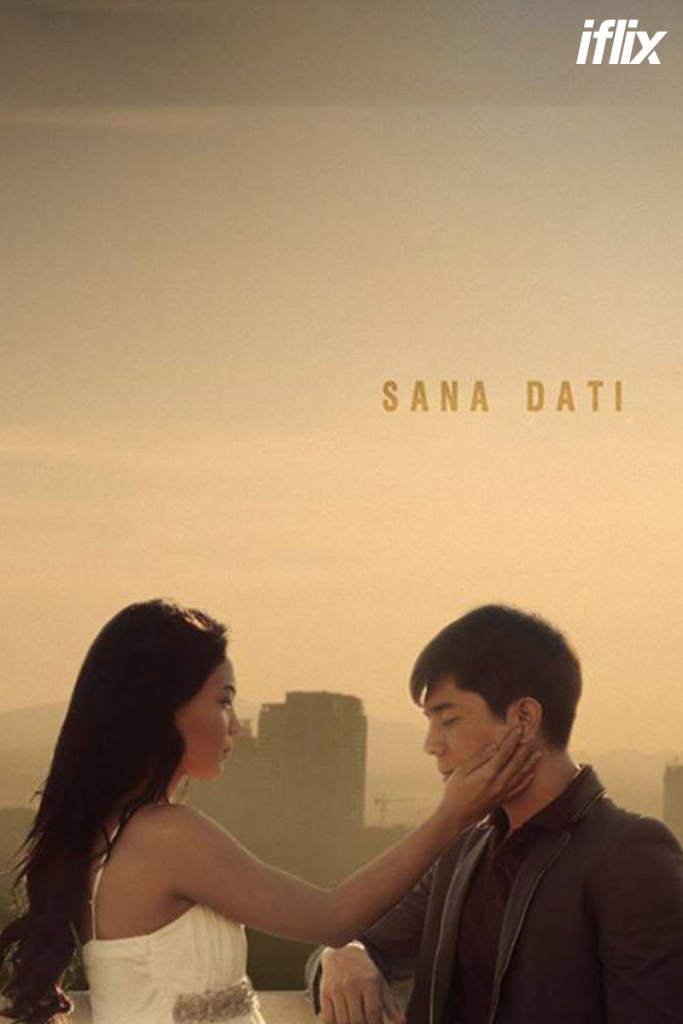 Andrea (Lovi Poe) is bound to be wed to Robert (TJ Trinidad), a politican-turned-businessman she met during a political campaign. But all goes into haywire when a novice photographer named Dennis (Paulo Avelino) came into the picture and brought with him a haunting memory of Andrea’s past. When the heart conflicts with the mind, Andrea’s character depicts the gravity of a woman’s emotions that compel her to do things only she can understand. And for what it’s worth, it’s okay.