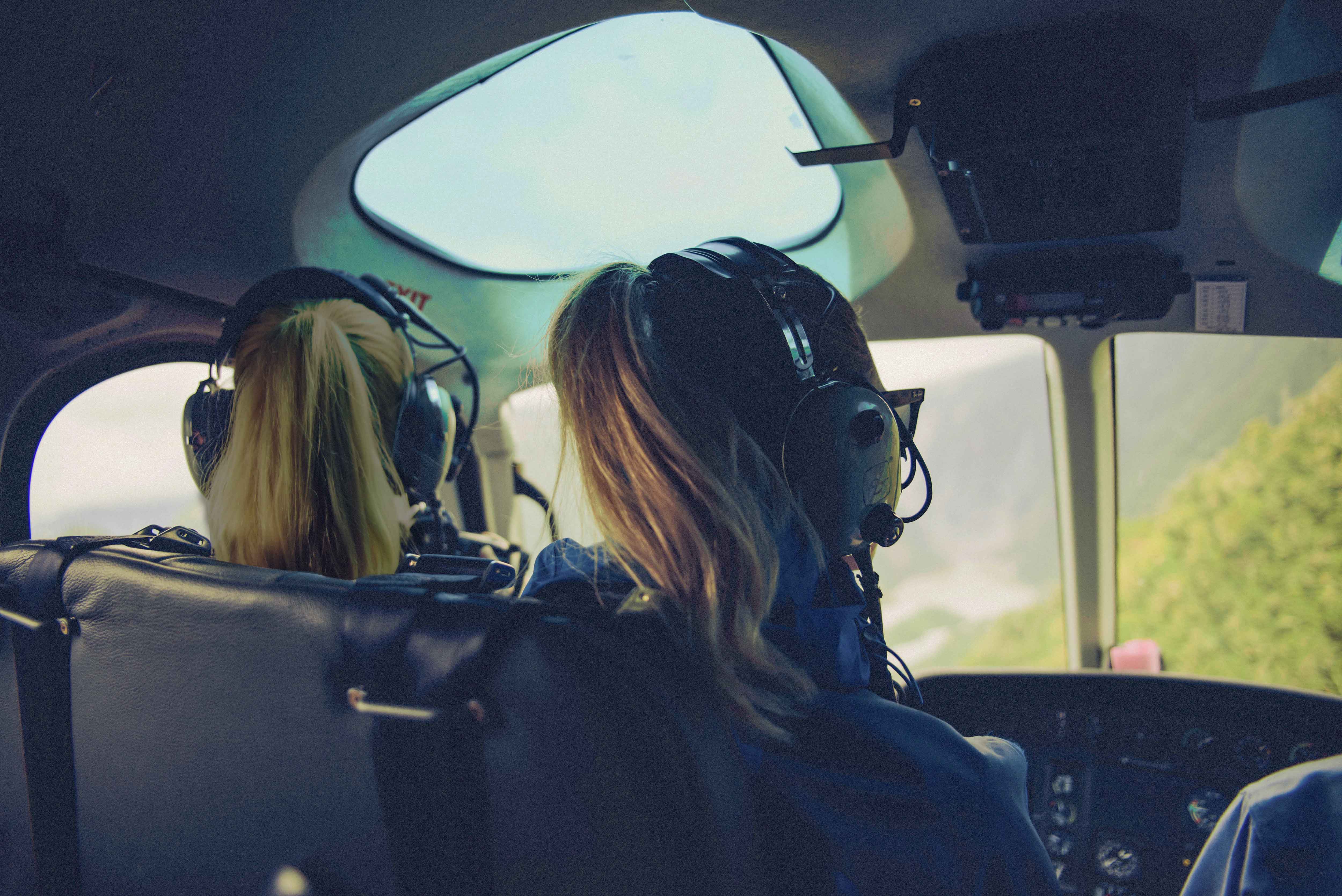 Women are more popularly known to be successful in the fields of beauty, fashion, and education. More often than not, women are expected to act with poise and finesse. As with any professional career, striving and excelling in it is never an easy task. It requires a tremendous amount of discipline and dedication, as well as talent and adequate know-how. This can be especially harder for women who are in a workplace dominated by men.

But just look at how these Pinays prove otherwise!

When speaking of seafaring, it is common to visualize tall, tan-skinned men manning the navigation, thus the term “seaman” is so popular. But Jasmin Labarda broke this notion by becoming a Chief Officer and Senior Dynamic Positioning Officer of TechnipFMC, an oil and gas technologies company known globally. Being a daughter of a seafarer, and growing up with other family members who have been working in ships too, Jasmin became a scholar at the Maritime Academy of Asia and the Pacific. She was one of the top performing students in her batch and boarded her first ship at the age of 17. Fueled by the inspiration and motivation from her family, Jasmin worked her way up from being a cadet to her status as a senior officer. At present, Jasmin continues to inspire more women, and also other seafarers to strive for their dreams. 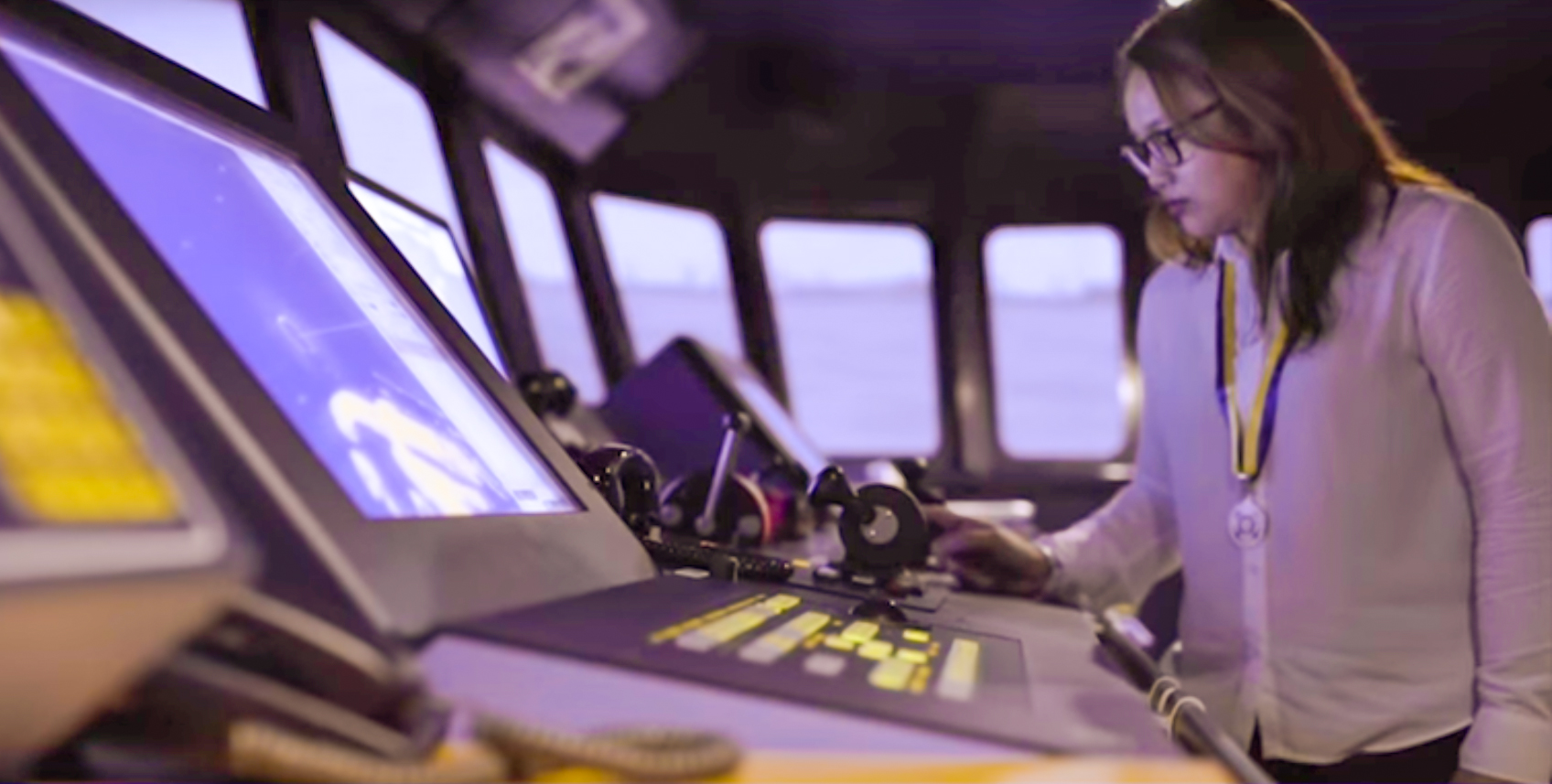 It’s easy to imagine that these young girls are busy with vlogging or cosmetics, but don’t let their looks fool you because Gabie Desales and Julia Delos Angeles are on their way to take the spotlight in the car racing industry. Turning 21, Gabie graduated from the Automobile Association of the Philippines (AAP) Motosport Development Program. She is the National Champion for the Ladies Class of the Phoenix National Slalom Series, currently competing under the Shell Team. Julia, on the other hand, fueled her passion for cars when she was 11 years old. Julia, now 16, is a member of the PartPro Racing Team who competed in the Vios Cup Series. 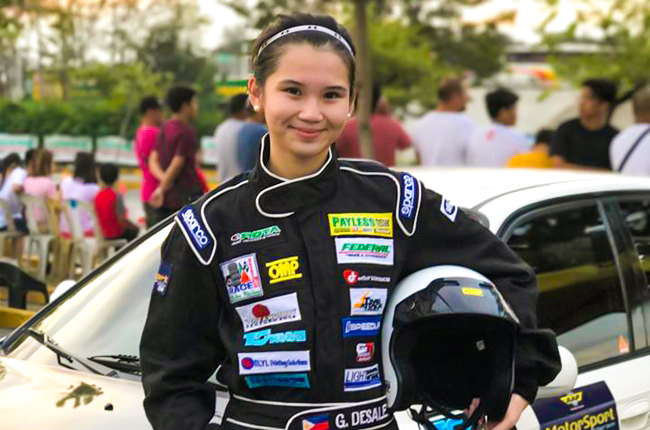 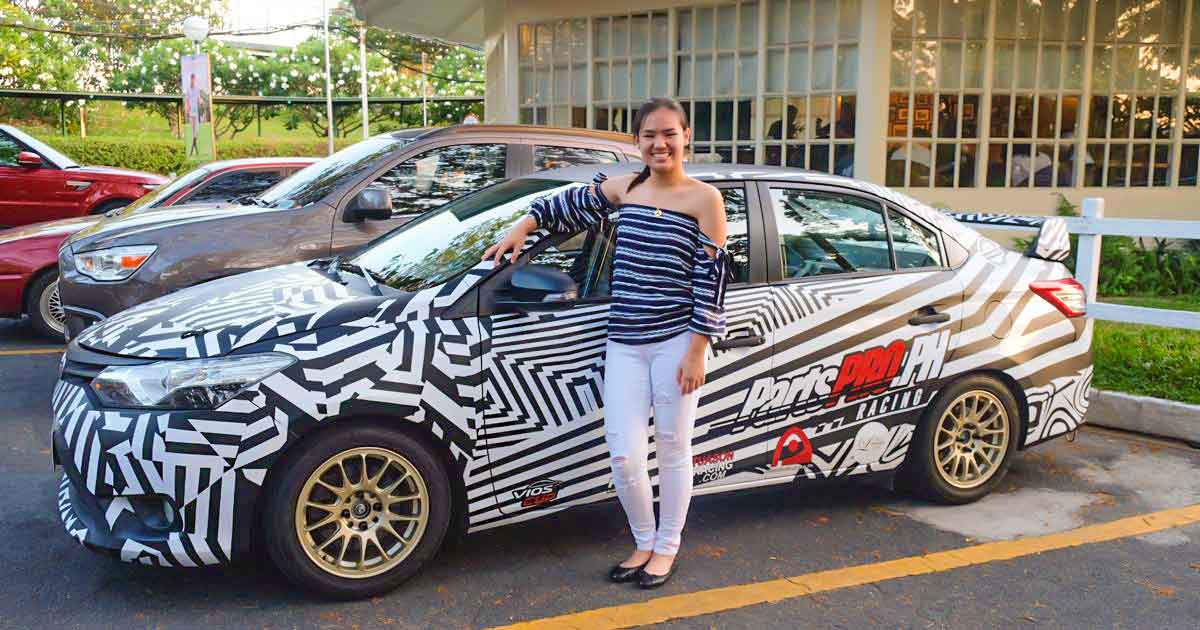 After witnessing in her hometown the great role of aviation during the 2013 Zamboanga siege, 2nd Lt. Catherine Mae Gonzales worked on her dream of becoming a pilot and to defend her country against oppressors. 2nd Lt. Gonzales graduated in 2017 as one of the Philippine Military Academy’s Top 10 students but her excellence doesn’t just end there. In February 2018, she became the first female aviator to be selected for the Aviation Leadership Program (ALP) from the Philippine Air Force. ALP is a scholarship program offered by the United States Air Force that provides undergraduate pilot training to select officers from the air forces of other countries. 2nd Lt. Gonzales will be training in the US from February 2018 to May 2019 which will gain her 239 hours of flight operations ground training and 164 hours of flight training in the T-6A Texan II aircraft. 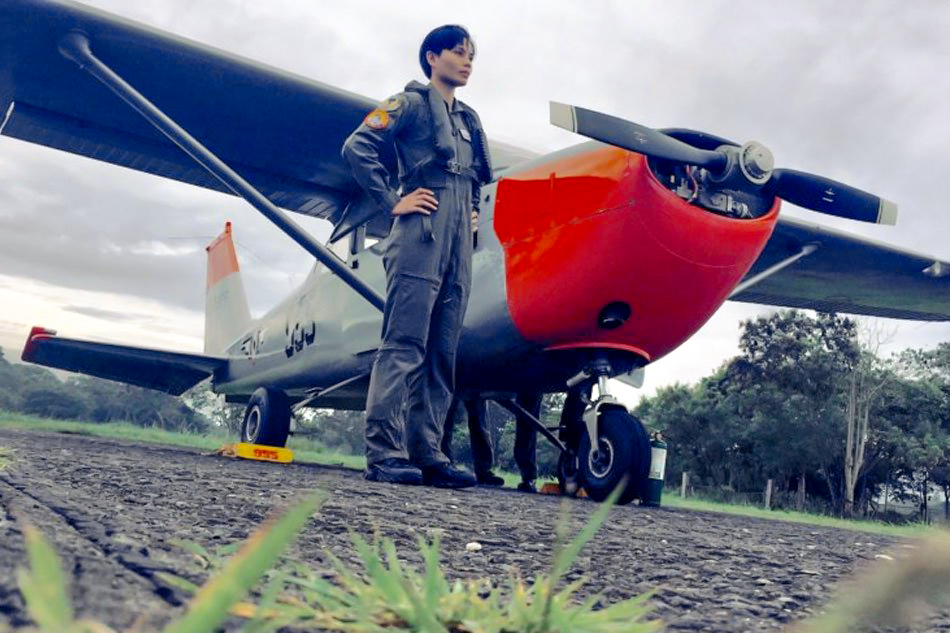 These ladies truly are the epitome of strength and beauty whose inspiring journeys have already been featured on TV shows. Beverly Grimaldo is a graduate from the Philippine National Police Academy and decided to be part of the Bureau of Fire Protection as a Commander. Her story even got played by actress Lovi Poe on GMA 7’s Magpakailanman. Gillian Gallego is another inspiring Filipina firefighter who is based in the USA. Showing her passion in sports at an early age, Gillian started playing track and field in high school before becoming a fitness enthusiast. She is also a member of the American Dream Team who played at the one-mile race Spartan: Ultimate Team Challenge last 2017. 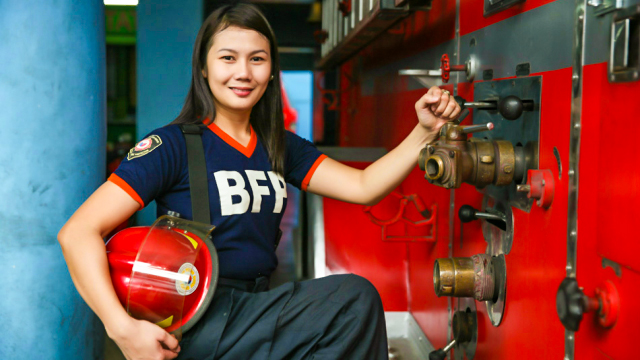 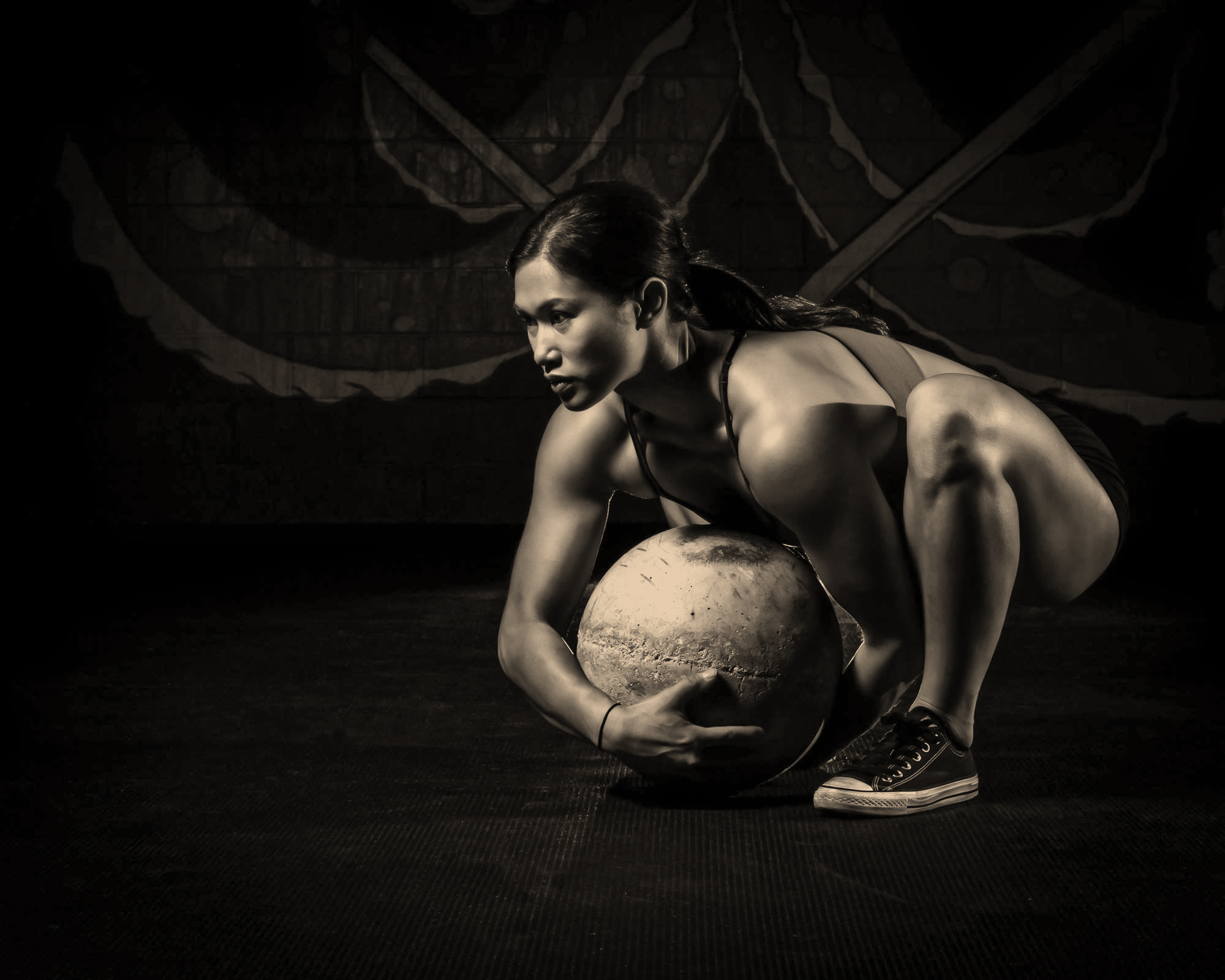 Since she was young, Alice Eduardo dreamed of wearing a hard hat and setting foot on dusty construction sites as an engineer. Her parents didn’t want her to pursue engineering believing that it is a man’s job and she landed a degree in Management instead. However, this did not stop Alice from fulfilling her dream. She used the valuable experiences from business school and entrepreneurial ventures and soon founded one of the country’s leading construction firms, Sta. Elena Construction and Development. Today, her multi-million peso business caters to a number of infrastructure projects of big companies like SM, Solaire Resort and Casino, City of Dreams Manila and many more. She also shares her journey and encourages other entrepreneurs to pursue their dreams through Go Negosyo. 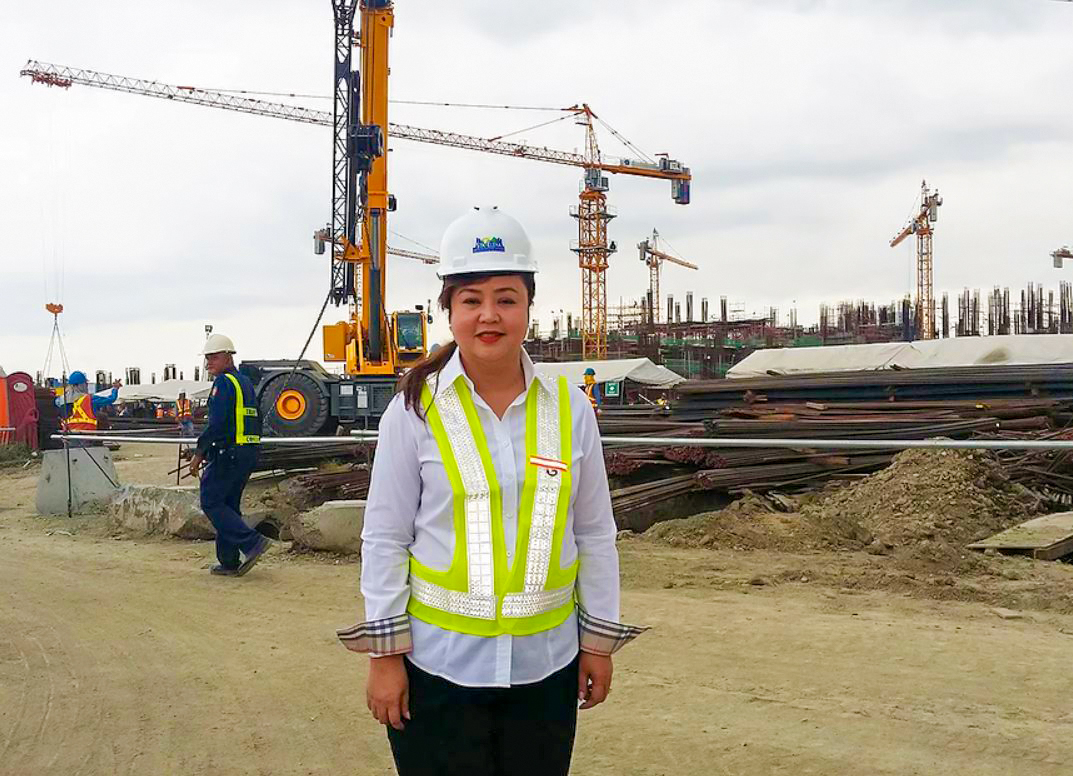 With women breaking the glass ceiling slowly and steadily in this decade, women have become more than just role models and TV icons. Like these Filipinas, gender, economic status, or academic and professional backgrounds shouldn’t hinder you from achieving your #goals, no matter how “manly” the society deems it to be.