Herstory: The Women Behind Famous Street Names in Manila | Edukasyon.ph 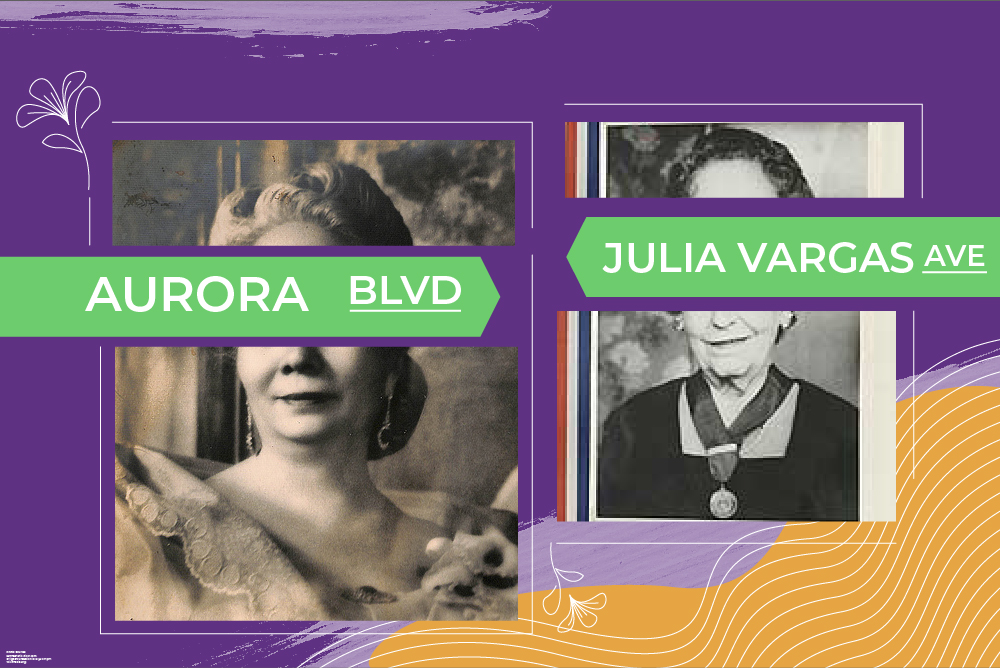 Have you ever wondered who are the women behind famous street names in Manila? There are only a few streets named after women and we’re here to tell you who they are.

She fought for women’s right of suffrage, which was eventually won in 1937. Women were finally free to vote in political elections. She was also a deeply involved First Lady, working with Girl Scouts of the Philippines and orphanages. Five years after her husband’s death, she and her daughter were assassinated en route to his hometown Baler. The province of Aurora was also named after her.

This street in Parañaque was named after Doña Soledad Lirio Dolor, an ex-Assemblywoman from Batangas. She was a landowner and realtor who pushed for subdivision projects such as Better Living also in Parañaque.

This busy, 6-lane avenue was named after Julia Vargas y Camus, philanthropist and wife of Ortigas Company & Limited Partnership founder Francisco Ortigas. She was a crusader against tuberculosis and is responsible for establishing the Quezon Institute, the hospital of  the Philippine Tuberculosis Society. Apart from her work with PTS, she was active in a lot of socio-civic organizations such as National Federation of Women’s Clubs, Club de Damas Filipinas, Women’s International League, and League of Women Voters.

Juana Lerma was the grandmother of Filipino legislator Benito Legarda.

Maria Orosa was a food technologist, pharmaceutical chemist, humanitarian, and war heroine. The chemist and pharmacist from Taal, Batangas paved the way for many of today’s advancements in food technology.

She constantly experimented with food native to the Philippines including calamansi, which she developed into a powder for making juice. She also invented banana ketchup and a type of vinegar made from pineapples. One of her most famous inventions is powdered soya beans called Soyalac. The so-called magic food saved lives during World War II in different Japanese concentration camps.

She was hit by a shrapnel while at work in the Bureau of Plant Industry building. While being treated, the hospital she was checked into was bombed and another shrapnel hit her directly in the heart. She died instantly on February 13, 1945. The government named the stretch of T.M. Kalaw to Padre Faura in Ermita, Manila after her.

You may have noticed how there are more streets named after men than women. And that’s not just the case here in the Philippines—it’s the same story across the globe. Most street names are named after historical figures. It’s quite clear how there are but traces of women in Philippine history books, almost like they didn’t exist, right? But now that we’ve moved into a more progressive era, where Filipinas are becoming important figures in society, we’re sure that there will be more streets named after Pinays. What do you think?