These Women Make Us Want A Career In Mechanical Engineering Too | Edukasyon.ph 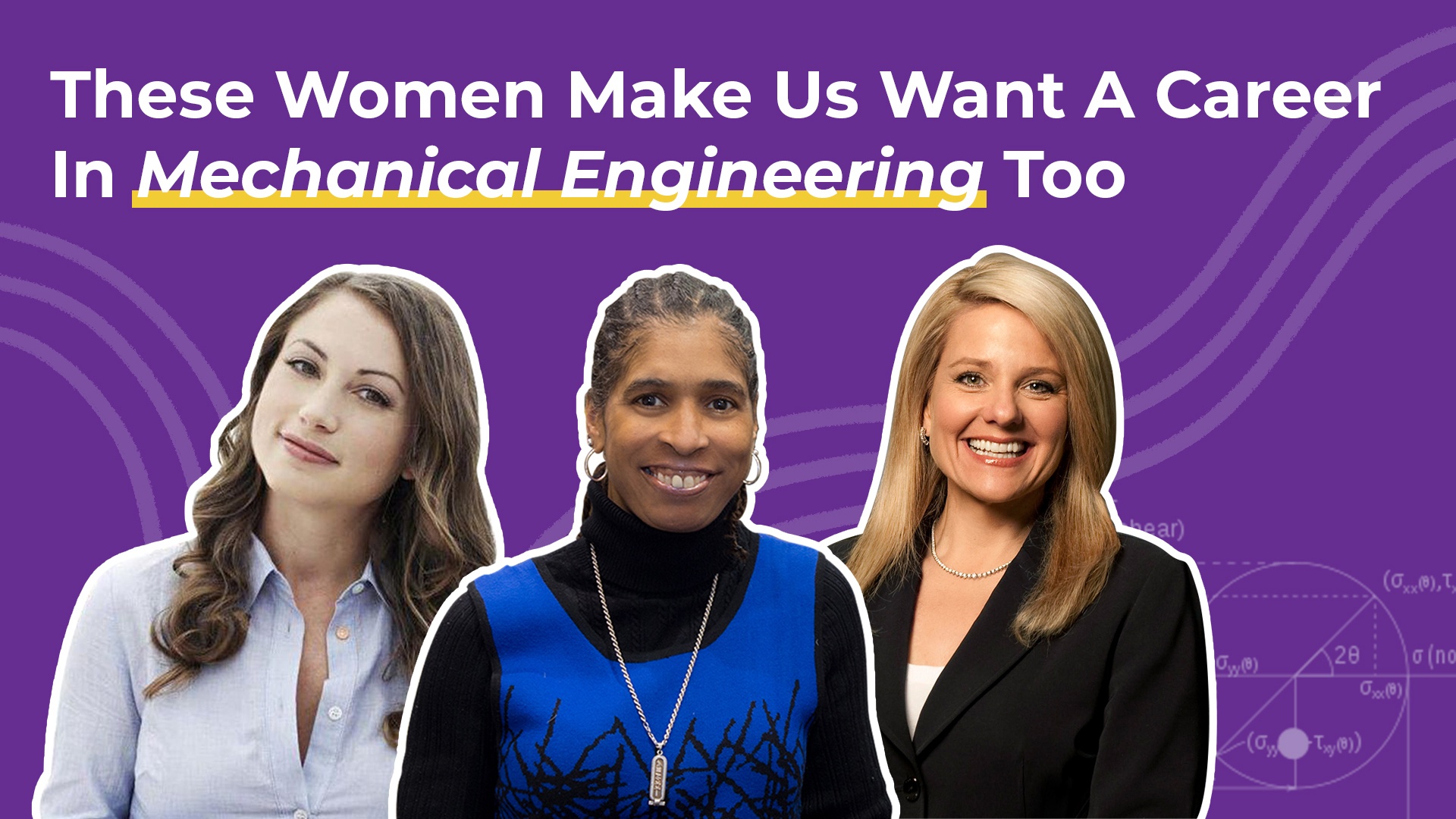 Spoiler alert: Women are about to change the world, be it in high heels or hard hat.

Throughout the years, we have seen women rise to the occasion and prove that gender stereotypes are… well, just stereotypes. Even in local news, more and more Filipinas have been waving our flag high and proud both locally and abroad. Tbh, women can do anything nowadays!

According to the Society of Women Engineers (SWE) study, women have increased in number in a lot of male-dominated fields like business, medicine, and other STEM fields. That’s awesome! While engineering, in particular, hasn’t seen too many women in the frontline yet, we’ve rounded up five women engineers who are breaking the glass ceiling in the world of mechanical engineering. Are you ready? (Prepare to be amazed!)

What better way to start off this list than with a woman of firsts! Popularly known as the first lady of gearing, Kate Gleason was a mechanical engineer and businesswoman. She grew up learning and tinkering with machines in her father’s business.

Thanks to her early exposure in the field, she became the first female engineering student at the prestigious Cornell University and the first woman member of the American Society of Mechanical Engineers. Talk about girl power!

P.S. Gleason is such a #majorinspo for engineering students that her alma mater, Rochester Institute of Technology (RIT), named their college of engineering in her honor—the  Kate Gleason College of Engineering (KGCOE)!

Have you ever heard the saying, “Men are from Mars, women are from Venus?” Well, Aprille Ericsson-Jackson is representing women in Mars as NASA’s senior deputy instrument manager! (Read: Her team brings dust from Martian exploration back to Earth. How cool is that?)

Not only is Ericsson-Jackson making women proud in outer space, but she has also reached for the stars here on Earth! She is the first woman to receive a doctoral degree in mechanical engineering from Howard University and NASA’s Goddard Space Flight Center (GSFC). And the best part? She still makes sure to carve out time from her busy schedule to promote the roles of minorities and women in engineering through education outreach. Amazing!

If you love Apple products like the Mac and AppleTV, now is the time to thank Kate Bergeron. (She’s part of the design team!) While she’s been hard at work as Vice President for Apple’s Hardware Engineering, she still manages to get involved and teach at MIT’s D-Lab where new technologies are being designed to help people in poverty. Cool stuff that changes the world!

Prior to her stellar work experience, Bergeron took up a bachelor’s degree in mechanical engineering from MIT, a master’s degree from the University of Colorado Boulder, and an executive MBA from MIT Sloan. All to say that Apple’s got the right girl for the job!

Another out of this world woman engineer (pun intended) in our list is Gwynne Shotwell! If the saying “Behind every successful man is a woman” were true, then Shotwell is that woman behind SpaceX founder Elon Musk. In simple terms, the billion-dollar space exploration company runs daily under the supervision of Shotwell, and boy is it one giant leap for women in a male-dominated business world!

Despite the overwhelming pressure, Shotwell is well-equipped for the job. Aside from her early fascination with machine engines, she earned her bachelor’s and master’s degree in mechanical engineering and applied mathematics from Northwestern University—both with honors. Guess we can say this gal got it all under control!

When there are only 181 women in a 700-student graduating class, you know something’s not right. Engineer, entrepreneur, and women in STEM advocate Debbie Sterling believes breaking gender stereotypes, specifically in engineering, starts with the toys we play. (Who says girls can’t play building blocks anyway?)

Taking her mechanical engineering degree from Stanford University and her passion to empower young girls to build and create things, Sterling started GoldieBlox—an award-winning multimedia company that produces toys that inspire girls to become engineers. Now, girls can play and learn about a future that isn’t all pink and dresses.

These awesome engineers are, hands-down, redefining what women can and cannot do. Our cry for gender equality in the workplace may be an ongoing battle, but stories like these prove that we’re slowly but steadily bridging the gap for women—one profession at a time. Who knows, you might be the next woman engineer in our list! *wink wink*

Ready to jumpstart a career in mechanical engineering? Check out hundreds of courses and schools that can lead you there. For more inspiring stories on women in STEM, read more articles like this on the All Girls Corner blog section at Edukasyon.ph now!