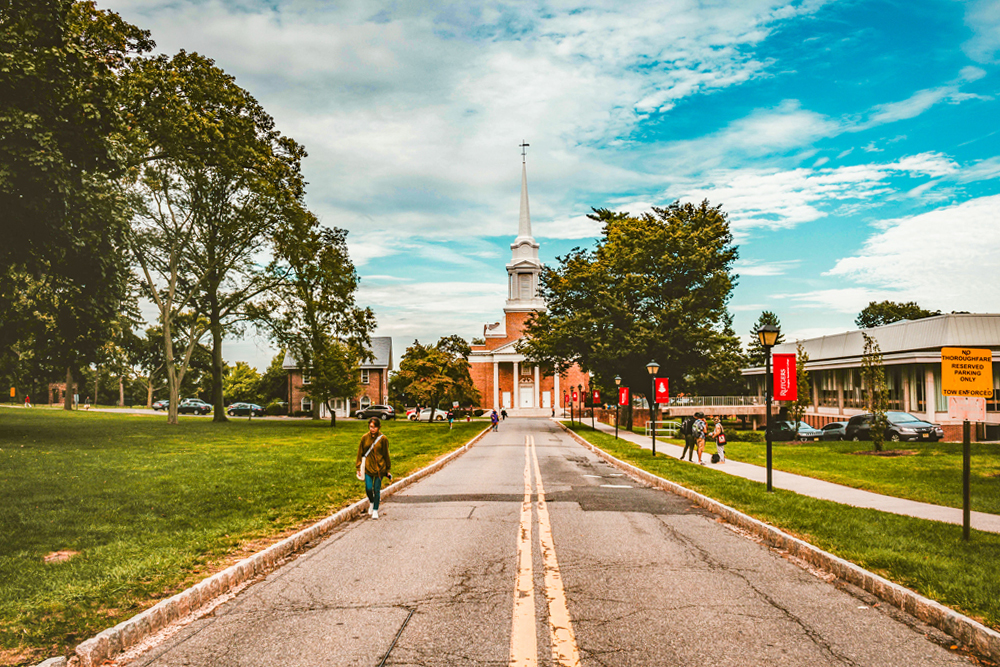 One of the most important things to consider in choosing a college is the location of the campus. After all, you’re going to spend 4-5 years of your life there creating new experiences and learnings.

As college entrances exams are in full swing, you most probably have a university in mind already. Browsing through the list of schools in your locality, you can’t help but dream of entering one of the country’s biggest universities. But what will you do if your dream university is nowhere near your area? Luckily, you don’t have to go far to have quality education. There are a number of schools in the Philippines with multiple branches that provide the same level of academic excellence as their sister schools.

1. University of the Philippines System

The University of the Philippines System was established in 1908 and is the country’s national university. It’s campuses in Diliman, Quezon City (UP Diliman) offers the most number of undergraduate and graduate programs in the UP system. UP Los Banos is known for its leadership in agriculture, forestry, and environmental management; while UP Manila is the leading academic institution in the health sciences. The other UP constituent universities are located in Visayas, Mindanao, Baguio, Cebu, and Open University.

2. Polytechnic University of the Philippines

The Polytechnic University of the Philippines or PUP has the most number of campuses in the country with a total of 22 schools spread across the country. Its campuses are located in Manila (Main and Open University), Quezon City, San Juan, Taguig, Paranaque, Bataan, Bulacan (Sta. Maria and Pulilan), Nueva Ecija, Laguna (Binan, Calauan, San Pedro, Sta. Rosa), Batangas, Cavite, Quezon (Mulanay, Unisan, General Luna, Lopez), Camarines Sur, Occidental Mindoro, and Oriental Mindoro. PUP is also known as one of the largest schools in the Philippines in terms of student population.

Another premier university in Mindanao is the Western Mindanao State University in Zamboanga City. WMSU’s main campus is in Baliwasan, while the other satellite branches are in San Ramon, Malangas, and Curuan housing 15 colleges from various disciplines. Aside from the campuses, WMSU also has External Study Units (ESU) located in Alicia, Aurora, Diplahan, Imelda, Ipil, Mabuhay, Molave, Naga, Olutanga, Pagadian, Siay, Pitogo, and Tungawan.

The University of Rizal is a system of schools located in Rizal Province and is composed of 10 extension campuses with each one offering different courses. Tanay serves as the main campus and houses the colleges of Agriculture. Agribusiness Management, and Science and Education.

West Visayas State University, locally known as West or WVSU, is a public university in

Iloilo known for its excellence in Teacher Education, Nursing, Agriculture, and Medicine programs. Its main campus is located in La Paz, Iloilo City while the other branches are in Lambunao, Jainuay, Calinog, Pototan, and Himamaylan. The university also has the WVSU Medical Center that serves as a training ground for WVSU’s future medical practitioners.

While the La Salle primary and secondary schools are in Alabang, Bacolod, Bataan, Iligan, and Mandaluyong.

St. Paul University System is composed of Catholic schools that provide higher education programs on various courses. At present, the system is comprised of 9 university campuses spread across the Philippines and is managed by the Sisters of St. Paul of Chartres.

The Far Eastern University or FEU is a private university in the country known for its programs in Business Administration and Teacher Education. The school’s main campus is in the university belt area in Manila while other branches include FEU Makati, FEU Diliman, FEU-Tech, Far Eastern College Silang, FEU-Nicanor Reyes Medical Foundation, and FEU Alabang.

Want to know more about different colleges and universities in the country? Visit Edukasyon.ph and browse through thousands of schools, courses, and scholarships that might be the right one for you!