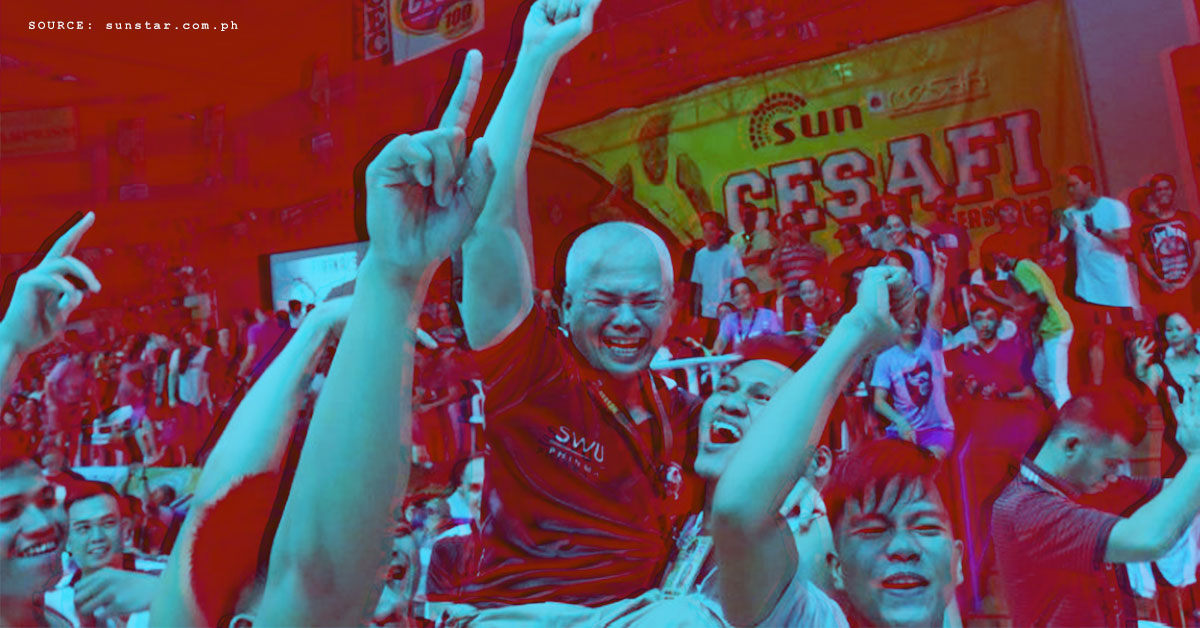 The Cebu Schools Athletic Foundation Inc. (CESAFI) is the premier inter-school league in Central Visayas. Based in Cebu, this 13-member league has been around since 2001 and has proven to be a ripe breeding ground for standout athletes especially in basketball. It’s also widely considered to be the best inter-school sports league outside of Manila.

Get to know more about Cebu’s premier league below:

Long before the CESAFI came to be, there was the famed Cebu Collegiate Athletic Association (CCAA) — a league that rivaled both the NCAA and UAAP in terms of prestige. Founded in the 1930s, it was the country’s second oldest collegiate sports league and was considered to be one of the three major sports leagues in the entire country.

Later on, the Cebu Amateur Athletics Association (CAAA) arrived. Things took an unexpected turn in 1999 when league commissioner Felix Tiukinhoy Jr. banned a player from then-member school Salazar Colleges of Science and Institute of Technology (SCSIT). SCSIT fought the ruling and brought it to court but Tiukinhoy decided to just dissolve the CAAA. This paved the way for CESAFI to be established in 2001.

2. It produced the greatest Filipino basketball player of all time.

The CCAA and CAAA helped pave the way for the successful careers of some of the country’s finest basketball players. This includes Ramon “El Presidente” Fernandez, who played for the University of San Carlos, and is arguably the greatest Filipino basketball player of all time.

As a matter of fact, June Mar Fajardo, the country’s most dominant basketball player, is an alumnus of the CESAFI. The five-time Philippine Basketball Association (PBA) Most Valuable Player led the University of Cebu to back-to-back collegiate titles in 2010 and 2011.

3. One school dominated the league for its first nine seasons.

The University of the Visayas and its basketball team, nicknamed the Green Lancers, was a dominant force during CESAFI’sfirst nine seasons. In the first four years of that remarkable nine-year run, UV went on a 54-game winning streak before it got snapped by the University of Cebu on September 23, 2005.

Despite the stunning loss, UV was led by CESAFIMVPs Greg Slaughter, JR Quinahan, Neil Raneses and Mark Ababon in winning the league’s first nine titles before the streak was broken in 2020. streak in 2010. To this day, UV holds the record for most number of basketball titles. 20 championship titles to be exact!

4. It tells stories of hard work, perseverance, and sportsmanship.

The Cebu Eastern College (CEC) Dragons were considered the underdogs and hit rock bottom in 2009 when they got beaten by 131 points (159-28) by the University of Cebu, and a whopping 155 points (178-23) by the University of the Visayas. With the help of its distinguished alumni, CEC completely overhauled the squad in 2010 and recruited top-notch players from all over the country. The CEC dragons won their first championship in the same year. Truly, when you hit rock bottom, there is no other way but up.

5. Aside from competitive sports, it’s also a battle of the brains.

The CESAFI has a lot to offer to students and fans alike. To say the least, there is nothing like witnessing the action live. Especially in collegiate sports. If you want to check it out yourself, the CESAFI usually opens the sporting events in August while the academic and cultural events take center stage during the second semester. See you in the games!

Ready for college? Let us help you make the most out of it! If you want to read more fun articles like this, check out our College Life blog section at Edukasyon.ph now!