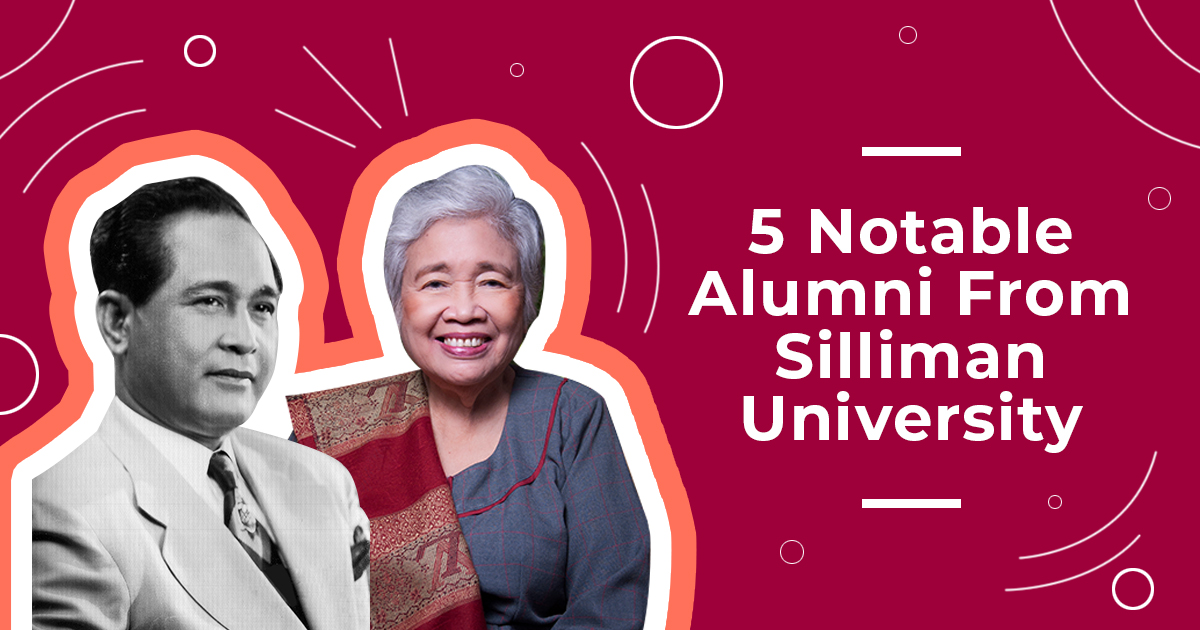 Silliman University is known for a lot of things. Aside from having some of the most student-friendly campuses with great facilities in Visayas, the eye-catching Dumaguete-based university offers quality education in the region.

And what better way to determine a school’s brand of education than to know more about the alumni that it produced, right?

From athletes to Philippine presidents, these notable alumni from Silliman University have made contributions to Philippine society in one way or another, and have been recognized for their respective achievements for a reason!

If you’ve heard of the Department of Education (DepEd), you’ve surely heard of Leonor Briones! She is, after all, the incumbent secretary of the Department of Education. She graduated with a bachelor’s degree in Business Administration while majoring in accounting from Silliman University before she earned her Master of Public Administration degree from the University of the Philippines (UP) Diliman.

Prior to DepEd, Briones served as the director of Policy and Executive Development at the National College of Public Administration and Governance at UP Diliman. Despite making waves outside Visayas, she never forgot her alma mater, as she also became a chairman of Silliman University’s board of trustees and was eventually recognized as an Outstanding Sillimanian Awardee in Fiscal and Public Administration by the same school.

A Filipino-American badminton athlete since her youth, Obañana spent her elementary and high school years in Silliman University. According to an interview with Obañana, Silliman University played a vital role in helping her become a badminton player since she was 10 years old.

After migrating to the US in 2006, Obañana has been competing women’s badminton internationally, such as the Rio Olympics and the Pan American Games in Toronto, Canada. Despite officially becoming an American citizen in 2011, Obañana never forgot her roots and continues to play badminton thanks to what her school taught her back home.

Ever dreamed of becoming a president? Carlos Garcia did! And he made it happen. Known as the eighth president of the Philippines, Garcia was born to a middle-class family who valued quality education. This brought him to take up law, having taken his college education at Silliman University before taking his Bachelor of Laws degree at the Philippine Law School.

Oh, and did we mention Garcia even took charge of a resistance movement during World War II? He even got a citation from then-President Manuel L. Quezon because of it!

Well-known for being an international painter, Kitty finished her Bachelor in Mass Communication degree at Silliman University in 1978, and followed it up with a Masters in English Literature in 1985. She is one of a few Filipina painters who successfully made waves in a male-dominated field such as Philippine art history. Her works mainly revolve around femininity in a social and cultural context.

And would you believe that she even had to raise her daughter while she was teaching, studying for her Master’s Degree, and producing art at the same time? Now that’s girl power!

A journalist, author, and educator by profession, Sitoy is known for a lot of things. She earned her college degree in Biology at Silliman University. Aside from penning a book called “Sweet Haven” in 2014, Sitoy also authored two short stories entitled “Mens Rea” (1998) and Jungle Planet (2005). But she didn’t stop there! Her adventures as a journalist led her to become a lifestyle and cultural section editor for various outlets such as the Manila Times. Not only did she earn a Free Press Literary Award in 2009, but she also wrote for the Carlos Palanca Memorial Award nine times… and won all of them!

A lot can be said about knowing a school’s alumni. For one thing, knowing a celebrated individual’s roots determines how far they’ve come. And it is by remembering their roots that we create a better appreciation of the quality education that shaped their lives.

Do you want to know more about Silliman University? Or are you more interested to learn about school life in your tertiary education? Check out more articles like this in the College Life blog section at Edukasyon.ph!