5 Notable Alumni From UP Visayas | Edukasyon.ph 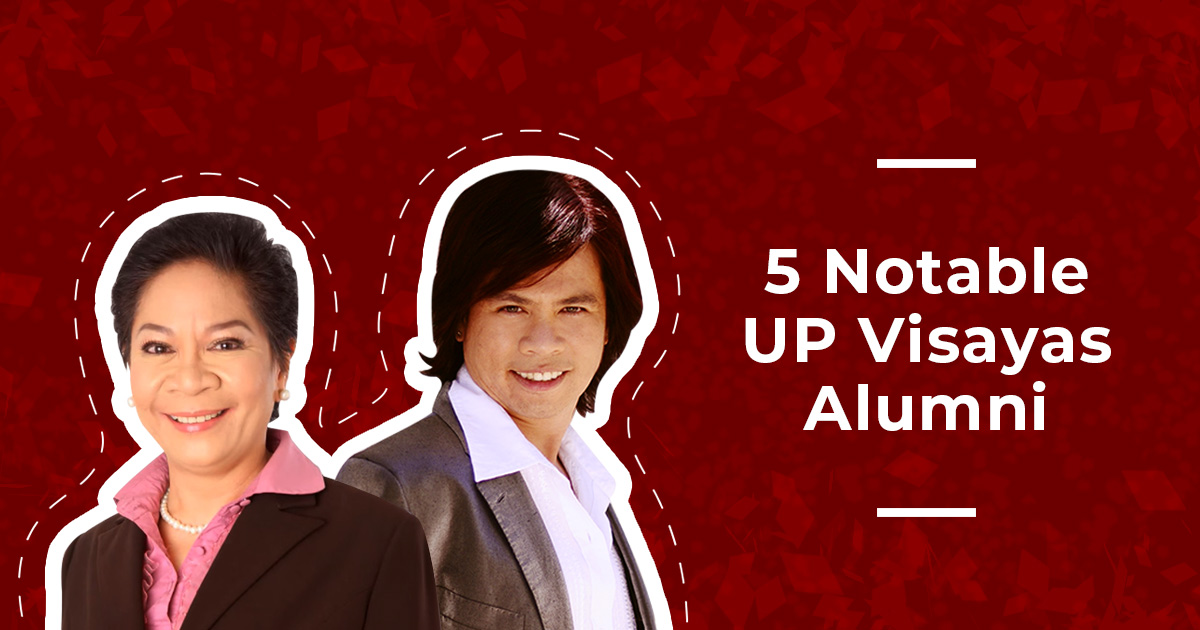 Known as one of the eight constituent schools under the UP System, the University of the Philippines – Visayas (or UP Visayas, for short) is an institution that caters to students around the region. Aside from Iloilo, UP Visayas is also represented by two additional campuses in Tacloban and Cebu.

From writers to politicians, this state university has taught its own set of prominent alumni, showing that UP continues to produce the best quality education through their Iskos and Iskas, no matter where they are!

So whether you want to see how much potential these students have or you simply want to see what UP pride is all about, here are some of UP Visayas’ most notable alumni that show nothing but honor and excellence in their chosen fields:

Aside from earning her law degree at UP Diliman, Defensor-Santiago never stopped bagging numerous accomplishments, some of which include the Ramon Magsaysay Award, the Outstanding Young Women in the Nation’s Service Award, all lauding her contributions in the field of Government Service. She was also the first Filipino and the first Asian to be elected as a judge of the International Criminal Court in the United Nations! Imagine that!

Back when UP Visayas was still known as UP College Iloilo, Franklin Drilon spent his high school years in the campus before graduating in 1961. Eventually, he earned his Political Science and Law degrees in UP Diliman, paving the way for a career in law as he served in numerous law firms before entering public service.

His career in the government spans decades since his initial stint as a Deputy Minister for Industrial Labor under the late President Corazon Aquino. It eventually led to him becoming a Secretary of Labor, Secretary of Justice, Senator, and even Senate President of the country.

Did we also mention that an asteroid was named after her? 13241 Biyo, a stony Florian asteroid found in the inner regions of the asteroid belt, was discovered in 2003 and was baptized with her name thanks to her contributions in science education.

Known as an Associate Justice assigned in the Supreme Court of the Philippines, this Iloilo-based justice obtained his Bachelor of Arts degree in Political Science from UP Visayas in 1970. Law was clearly part of Jardeleza’s goal since he pursued his law degree at UP Diliman and even took his Masters of Laws degree at Harvard Law School.

From here, Jardeleza practiced law in private corporations, most notably in ACCRA Law Offices, before becoming Senior Vice-President and General Legal Counsel of San Miguel Corporation. He eventually served as Deputy Ombudsman for Luzon before becoming Solicitor General of the Philippines, until he took over Justice Roberto Abad following the latter’s retirement.

How cool would it be if you can write books in English and your local dialect? Nery has done both as a poet, playwright, and author! He earned his Bachelor of Science in Biological Sciences at the UP Visayas in 1990. During his college years, he was awarded Most Outstanding Student in 1989, the Most Outstanding Graduate of 1990, and even received the President’s Award of Merit as Outstanding Student, also in 1990. He also served as the editor of Pagbutlak, the official student publication of UP Visayas’ College of Arts and Sciences.

Nery’s love for writing didn’t stop in school – his works have earned victories in numerous literary contests, including the Carlos Palanca Memorial Awards for Literature, the Cultural Center of the Philippines (CCP) Literary Grant, and the All-Western Visayas Literary Contest of the National Commission for Culture and the Arts (NCCA).

Nery has authored over 20 books and won screenplays that garnered the Philippine Centennial Literary Prize of 1998, the 1998 Film Development Foundation of the Philippines’ Screenwriting Contest, the 2001 Cinemanila International Film Festival Scriptwriting Competition, and the 2012 Film Development Council of the Philippines’ First Sineng Pambansa National Film Competition. Eventually, he was inducted into the Palanca Awards of Hall of Fame in 2012. Presently, he continues to produce his works in English and Hiligaynon.

So are you set to take your education in UP Visayas? Or do you need a tip or two about surviving college life? Check out Edukasyon.ph’s College Life blog to guide you on your college journey!