5 People Who Will Make You Proud To be A Lasallian | Edukasyon.ph 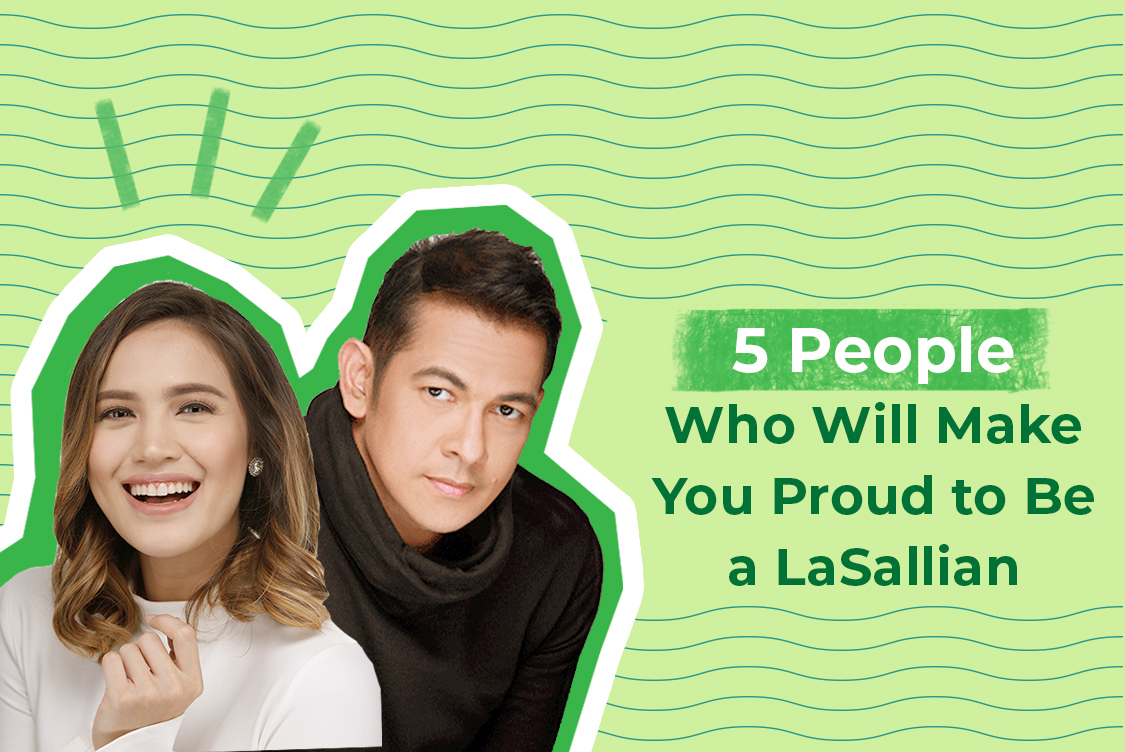 If you hail from the green and white, you know that we take pride in our “Rektikano,” or our “right to rule” in different industries. From sports, to politics, to entertainment and across all various branches and levels of being a Lasallian, we’ve got green-blooded brothers and sisters everywhere cheering us on with animo everywhere we go!

In other words, Lasallians left and right are taking strides to make our alma mater might proud. We can go all day clapping for our fellow Lasallians, but for now, let’s get to know 5 of them!

Doy Laurel took his undergraduate degree in DLSU and graduated in 1946. He later on became a lawyer-turned-politician as he served the country as Vice President from 1986 to 1992. He played a significant role in fighting for the democracy we’re all enjoying today. In fact, did you know he was a leader of the UNIDO or the United Nationalist Democratic Organization? Yep, the political party that pushing for the Filipino freedom that led to the People Power Revolution in 1986.

You know what let’s not look too far. Did you know our reigning Miss Globe Philippines graduated from DLSU? Not only did she manage a Top 15 finish on the international stage of pageantry, but she was rocking it even in DLSU. yeah remember the streak DLSU had in women’s volleyball a few years back? Yep, she had a hand in that – literally. Being the co-captain of the team, it’s no surprise that she was one remarkable Lady Spiker!

Today, she now heads the Alaska Volleyball Powercamp as the camp director encouraging kids to get into sports early and love the discipline and healthy competition that comes with it. Here’s to hoping more kids turn out like Michele – go girl!

You know you reached a certain pinnacle when people use your name as a benchmark, a peg, or even a reference for a knock-knock joke! I mean, if you were as renowned as Gary V you’d probably have lines named after you, too. This singer-songwriter, musician, actor, music producer and TV host has proven more than tenure and talent through the years he’s been performing for and in behalf of Filipinos. With 39 albums on his record and numerous Awit Awards for “Best Male Performer” (12 to be exact), it’s hard not to want to twist and shout everytime they call this LSGH graduate up on any stage.

PS: Did I mention that he was the first EVER National Ambassador for UNICEF Philippines? And yes – he holds this title up to this day.

We hope Marjorie Evasco can be immortalized as she has with all those she’s written about. I mean, when an award- winning poet writes about you – you’re going down in history! After graduating from her PhD in Literature in DLSU (which she took while she was teaching also, mind you), she became the Director of DLSU’s Bienvenido N. Santos Creative Writing Center.

What makes this poet extra unique is that she writes both in English and in Cebuano-Visayan. She understands the power of her words and uses them to support women’s rights – especially women writers.

Paving the way for all Filipina writers who have come after her, she’s been awarded with the Southeast Asian Write Award – and one that is well-deserved! Was that a big round of applause? Yaaas, kween!

Brother Armin graduated with a Bachelor of Arts in Philosophy and Letters in 1981 under a scholarship program. Since then he has been upholding the Lasallian saying of being a Lasallian leader for God and country – both of which he has been doing. So much so, that he doesn’t just train De La Salle Brother, but also served as the secretary of the Department of Education of the Philippines under President Noynoy Aquino. Being a graduate of a scholarship program, Brother Armin understands the value of education, which is why we are so happy to be working with him on Edukasyon’s very own Project Layag!

Do you know any remarkable Lasallians? Having people to look up to is a good way to remember the path you want to take. But if you’re having second thoughts on where exactly you see your life heading, don’t worry – our College Life blogs have got you! See you at Edukasyon.ph!