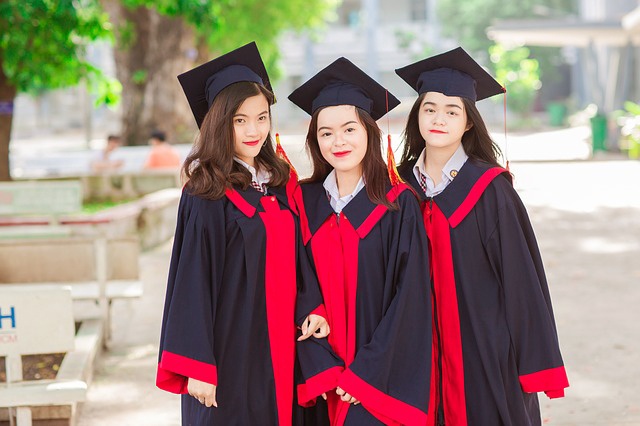 If you’re not Bisaya or don’t even speak a word in the Bisaya language, let’s just agree that Cebu isn’t just #blessedt with beautiful, crystal-clear beaches but is also home to achievers who excel in every field or discipline.

It’s simply not enough to claim or declare such big words (don’t worry, we have evidence!). Let’s take a look at five moments in the recent history of the National Board Exams when Cebuanos proved they aren’t just another group of probinsiyanos on the list, but a force to be reckoned with. Because tbh, they are.

“To be a Certified Public Accountant,” hopes many a Cebu student in their high school yearbook, probably. Maybe not all, but at least it’s true for Steward Po and the rest of his peers who dominated the CPA Board Exam in May 2018. These Cebu students from University of San Carlos (USC), University of San Jose-Recoletos (USJ-R), and Southwestern University took 11 out of 20 spots in the top notchers list. Amazing!

Even in the previous year, cousins Vianca Amores and Marianato Del Rio from USC ranked first with a rating of 92.67%!

The Philippine Bar Exam is one of the most revered (and toughest) licensure tests in the country. We all know the blood, sweat, and tears our aspiring lawyers go through just to prepare for the four-week exam. That’s why a Cebu graduate’s victory is every Cebuano’s victory as well!

Jumping off from USC Alumna Athena Plaza’s second place finish in the 2015 exam, another USC graduate Karen Mae Calam made history as well. She bagged first place in the 2016 exam—making her the first law graduate from Cebu to do so. Three other Cebuano bar exam passers made it that year, too. It paved the way for more students in the province to strive for excellence—as they did when Balili, Hisoler, and Servacio ranked in the top 10 in 2017. The Cebuano pride momentum is real!

When a school or board exam taker ranks first in the exam, naysayers would likely owe it up to luck, or whatever they call it. Unless you do it, not just once or twice, but thrice in a row! And that’s exactly what Cebu graduates did in the Mechanical Engineering Board Exam.

For three consecutive years, board exam top notchers hailed from Cebu, specifically from the University of Cebu (UC)! Micah Arceño started it in 2015 with an 88.45% rating, followed by his girlfriend Marina Luchavez with a grade of 91.60%, and then Brylle Gilbuena’s 88.10% mark in 2017. Now, that’s a record you can’t leave to chance!

Even with a proven track record, Cebu graduates continue to carve a reputation of excellence in the boards. Thanks to the latest top-notcher from Cebu, Justine Lei Ramos! This young architect from the town of Alegria bested more than a thousand passers in the recent Architecture Board Exam this January 2019.

With an impressive 83.80% rating, she was the only placer from the Visayas out of the ten top-notchers! She is also a proud graduate of Cebu Institute of Technology University (CIT-U) where she pursued her love for design through her Architecture degree prior to shifting from Medical Technology. Talk about good decisions!

That’s it. We’re calling it! There’s something about the waters in Cebu, and you can’t convince us otherwise. Just look at the landslide victory of the UC top-notchers, who took all ten spots in the Naval Architect and Marine Engineer Licensure Exam held in October 2017! They were led by Jayvie Albarando, who scored 89.90%.

This three-day exam ranged from Mathematics, Principles of Naval Architecture and Marine Engineering to Philippine Merchant Marine Regulation and Code of Ethics. And obviously, our Cebu graduates have it all mastered and we demand an explanation. (How to be them po?)

Because we can’t get enough of Cebuano pride, we’ve got a bonus name on the list! (Read: definitely, not the least.) In last year’s Pharmacy board exam, Belgian-Pinay Louise Tan Theunis proved having beauty and brains is possible IRL when she ranked first in the exam with a stellar 91.55% rating!

This Magna Cuma Laude graduate from Cebu Doctor’s University was also joined by fellow Cebuano Danixzyle Sevillano Cutamora from USC who placed 8th with a 90.88% rating. When asked how she did it? Theunis said it’s all just consistently studying every day, and sticking to your schedule. (We should do that, too.)

If you think these board exam achievements are already impressive, what more other accounts beyond these six feats? There are more stories to tell, more achievements to prove what Cebu students are made of. And just by the looks of it, this is just the beginning. Let’s brace ourselves for more Cebu achievers making the headlines because they will. Mabuhi!

Want to learn more about schools and courses offered in Cebu? Check out more stories about student experiences (and achievers!) in the College Life blog section at Edukasyon.ph now!