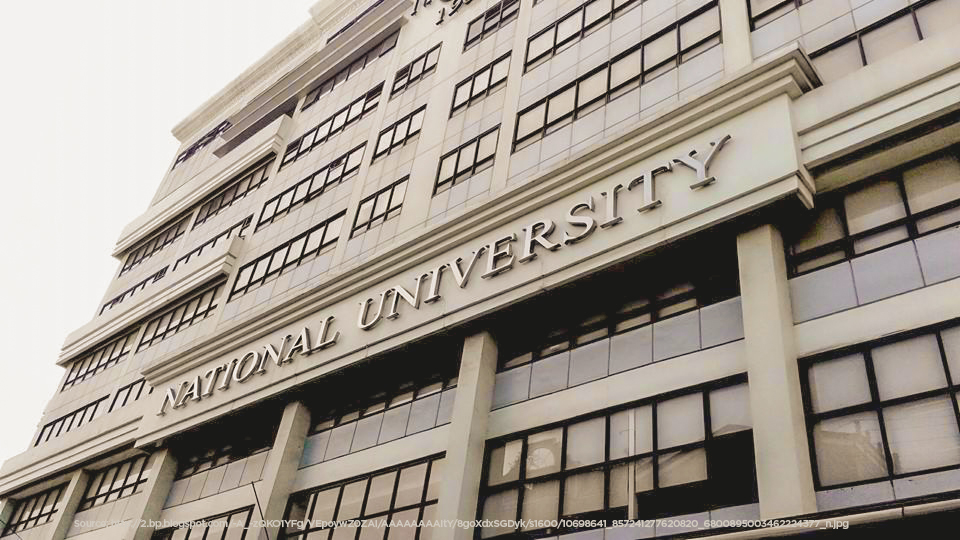 HEEEY! N-U, let’s go! It’s time to get to know the Team Bulldogs and their home court—National University.

NU is a private and co-educational institution that provides an excellent learning experience for its students. The university is also K-12 ready with its Nazareth School AKA its basic education department.

When it comes to sports, the NU Bulldogs can’t be tamed either. For the past years, the school has dominated UAAP competitions like basketball, tennis, badminton, and of course, cheerdance where they recently made a grand comeback.

But there’s more to know about NU than its sports achievements and flagship courses such as Architecture, Accountancy, Education and Computer Studies! Here are fast facts about NU that will make you want to become one proud bulldog!

In the 1900s, Fortunato Jhocson founded Colegio Filipino. After the school started offering business courses, the institution was renamed Colegio Mercantil then National Academy later on. After 21 years, the school finally earned permission from the Department of Public Instruction to change its name to National University (NU).

How the NU bulldogs got its team name is quite historic. According to its former university president, Teodoro J. Ocampo, the name was inspired by an ancient blood sport involving pitting a bull against another animal that was usually a dog. So if there’s anything that sets NU students apart from the rest, it’s definitely their tenacity and fighting spirit!

3. Carlos P. Garcia is among the university’s notable alumni.

The university is also known for its notable alumni including the eighth president of our country, Carlos P. Garcia. The former president was also a teacher, poet, orator, lawyer, and an economist. He earned his law degree in the College of Law of National University and landed in the top ten in the 1923 bar examination.

4. NU is a founding member of UAAP.

If you’re an avid fan of UAAP, you would know who its founding members are: NU, UP, UST, and FEU. If you’re dreaming to be the next UAAP MVP, NU is the way to go with its solid winning streaks and experience in intercollegiate sports.

5. NU is majorly owned by the SM Group of Companies.

Since then, the SM group has helped the university in building infrastructures and upgrading its facilities to boost academic excellence. The school really made sure that they’ve ~got it all~ for the students! Which brings us to the next fun fact.

6. NU has escalators inside the campus. You’ve read it right. They have escalators in the campus! Gone are the days of carrying heavy backpacks up the stairs! This also means that students still look oh-so-fresh and less haggard in school. Throughout the years, NU strives to provide high quality education and facilities for its students and it’s a win-win choice!

National University believes in “education that works.” Despite NU’s state-of-the-art facilities, it continuously funds education to build a more inclusive environment for less privileged students. See, NU is more amazing than you knew!

Find out more about NU and other prestigious universities on Edukasyon.ph!