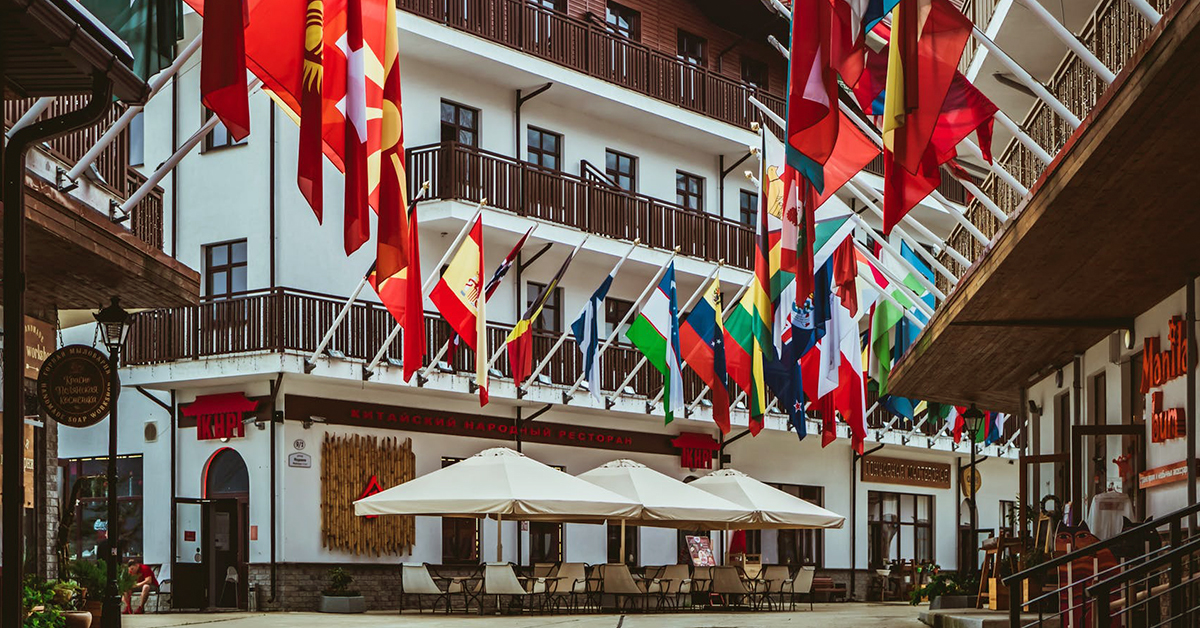 World peace seems like such a grand  idea that it feels impossible to achieve. But did you know there’s an actual course that prepares you to do that? It’s called international studies.

If you’re the type of person who strongly believes in peace through diplomacy, geeks out about foreign relations, and belts out We Are The World in the shower, then International Studies is the perfect college destination for you!

A Bachelor of Arts in International Studies (BAIS) program usually takes four years. Your classes would take you on a global tour (figuratively, that is) in economics, politics, and sociology, just to name a few. So you’re equipped to do superhero work in foreign affairs no matter where your feet take you!

In celebration of the United Nations month, here are 7 colleges and universities in the NCR that offer an International Studies degree should you pursue a career in foreign relations (and make world peace your mission):

1. University of the East (UE)

From what started out as a hundred students taking CPA review classes in 1946 grew to more than 50,000 students over the last 70 years. And tbh, that says a lot about UE being a people’s university.

While the university’s well-recognized for their proven excellence in the field of medicine and the health sciences (Hello, UE Ramon Magsaysay Memorial Medical Center!), you can bet quality education is no different for their International Studies program offered under the College of Arts and Sciences. Break a leg!

Established in 1928, FEU became the first accountancy and business school for Filipinos. Almost a century later, it continues to be among the pioneers in Philippine higher education institutions—whether that be a distinction from the ASEAN University Network- Quality Assurance (AUN-QA) or the United Nations Educational, Scientific and Cultural Organization (UNESCO).

Interested to earn your International Studies in FEU? The Institute of Arts and Sciences offers it in two tracks, namely: International Development and Cooperation Track or the International Relations and Diplomacy Track. Take your pick!

MC, or former Maryknoll, has been in the business of empowering women leaders in service for more than 90 years now. And by the looks of it, MC isn’t changing that mission anytime soon, even taking it to the global stage in the last few years.

P.S. Did we mention MC’s BAIS program has a Level lll accreditation from the Philippine Accrediting Association of Schools, Colleges and Universities (PAASCU)? Yup, we just did!

Don’t be mistaken. SBCA is not the same school as San Beda University (though it’s an affiliated institution). Established in 1972, SBCA is an autonomous college with its own curricular programs from basic education to graduate school!

For a peacemaker slash travel enthusiast like you, SBCA College of Arts and Sciences offers an International Studies program, with a major in Tourism Management. This focus pushes your learning beyond global diplomacy so you’ll be prepared to take on a career regardless if it’s in the government, non-government organizations (NGOs), or tourism industry.

ADMU has always been known for its expertise in the liberal arts. And their international studies department is no exception. If you like your International Studies degree taught the Ateneo way, explore their course specialization in East and Southeast Asian Studies. Especially if you have a heart to work across the ASEAN region!

ADMU’s rich international networks, partners, and research hubs also help you apply your learning from the classroom to the world. Talk about world-class training!

If a century’s worth of proven academic excellence is what you’re looking for, DLSU got 108 years under its belt. With more than 100 course offerings, you easily get four majors to choose from for an International Studies degree. Is it going to be American Studies? Chinese? European? Or Japanese? The choice is yours!

Aside from an undergraduate program, DLSU also offers a masters degree in International Studies with a major in European Studies. Not to mention, the first full program of its kind in the Philippines. What are you waiting for?

7. Polytechnic University of the Philippines (PUP)

Last but not least, we have PUP to wrap up our list! Formerly called Manila Business School (MBS), this state university has over 70,000 students within more than 20 campuses in and out of the Metro. (PUPians, represent!)

PUP’s BAIS program is offered in its Mabini Campus under the College of Political Science and Public Administration. If you’re looking for quality education that does not hurt the pocket, PUP should be at the top of your list.

Tbh, we still have a long way to go before we achieve world peace, but at least we got a superhero in the making who’s deciding for a school to take BAIS, believes in peace through diplomacy, geeks out about foreign relations, and yes, still belts out We Are The World in the shower. (Hint: that’s you!) That makes us an inch closer to our goal. Doesn’t it?

Make an impact in the world, even while you’re still in school. Check out more helpful articles like this on the College Life blog section at Edukasyon.ph now!