Notable Graduates From The University Of San Carlos | Edukasyon.ph 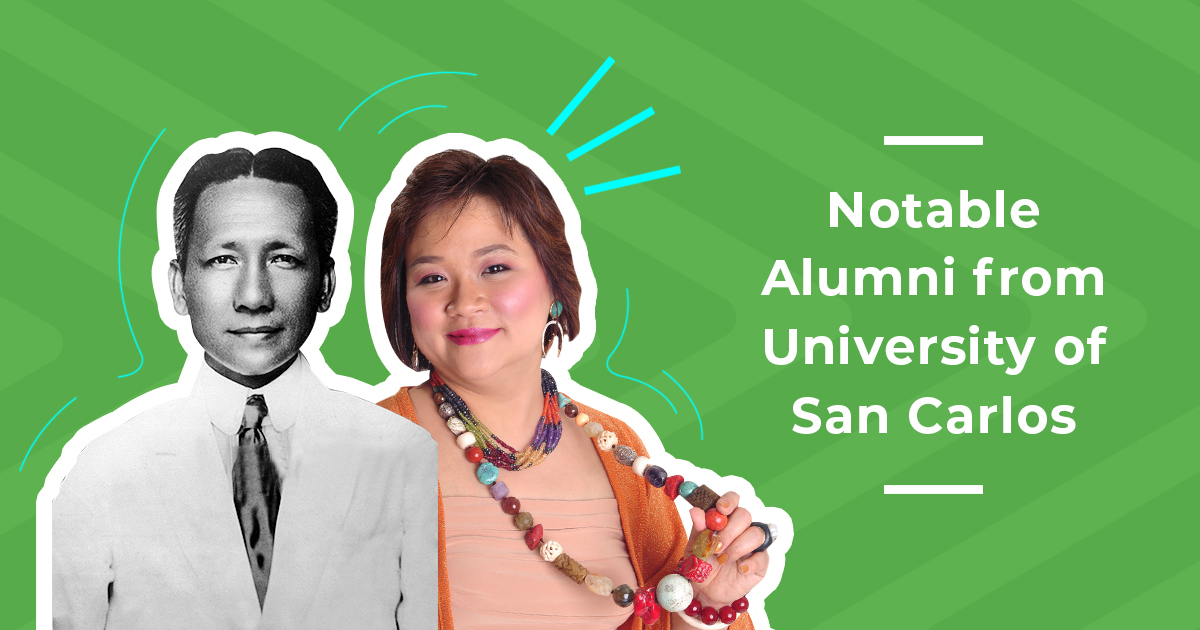 Aside from being one of the oldest universities in the Philippines, did you now that the University of San Carlos (USC) is also among the country’s list of best schools? USC has eight Centers of Excellence and twelve Centers of Development recognition from the Commission on Higher Education (CHED).

Sergio Osmeña Sr. is the fourth president of the Philippines. Osmeña took most of his education at the Colegio Seminario de San Carlos (former name of the University of San Carlos). Osmeña is considered as one of the Philippines’ greatest statesmen. With his wisdom and outstanding leadership, he served as the head of the country from 1944 to 1946.

Vicente Sotto is the “Father of Cebuano Literature.” In 1900, Sotto published Ang Suga, the first Cebuano newspaper. He also wrote the play Paghigugma sa Yutang Natawhan (Love of Native Land). The play portrayed the heroic struggle of the Cebuano people during the Spanish rule.

Sotto was also a former Philippine Senator. He was the main author of the Press Freedom Law (now known as the Republic Act No. 53 or the Sotto Law). The law provides the “journalist’s privilege statute by which he can refuse to reveal the source of a confidential news report or information except when the court or a House or Committee of Congress finds that the revelation is demanded by the security of the state.”

Antonio Abad was a poet, fiction author, playwright, and essayist. Abad was a strong advocate of the Spanish language and Hispano-Filipino culture. Some of his notable works include the novels El Último Romántico (1928) and La Oveja de Nathán (1929). These novels won the Premio Zobel, the oldest literary award in the Philippines. Abad’s works were part of the Golden Age of Fil-Hispanic Literature (1898-1941).

At present, Melanie serves as an inspiration to other Filipinas who are aspiring to start their own businesses. She is the second woman president of the multi-awarded business organization Cebu Chamber of Commerce and Industry (CCCI). Aside from this, Melanie is also a director of the Philippine Retailers Association in Cebu.

John Gokongwei Jr. is a Filipino-Chinese business magnate and philanthropist. Gokongwei Jr. founded the JG Summit Holdings, one of the largest conglomerates in the country. JG Summit holds companies in various industries. These companies include the Digital Telecommunications Philippines Inc. and Cebu Pacific. He is also one of the richest Filipinos according to Forbes Magazine. Gokongwei Jr. finished his elementary and high school education at the University of San Carlos in 1939.

Do you know other Carolinian that you want to include in this list? Share it with us! Visit our College life blog now and discover other inspiring university graduates all over the country. See you at Edukasyon.ph!