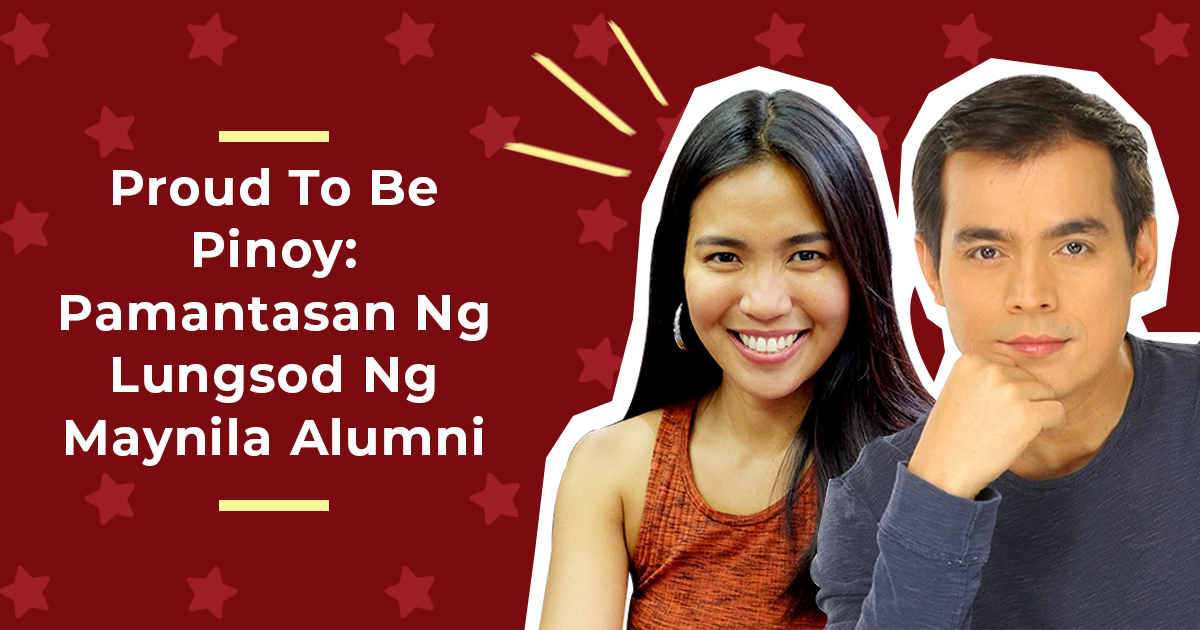 The Pamantasan ng Lungsod ng Maynila (PLM) or University of the City of Manila is the first ever tertiary-level institution offering tuition-free education in the country. You’ll find it within the historic walled city of Manila – Intramuros.

It’s also the first ever institution with its registered name in Filipino. Talk about being proud to be Pinoy! Since 1965, Pamantasan ng Lungsod ng Maynila has continuously reached out to underprivileged Filipinos who exude great potential in different fields.

Through the years, this institution has expanded to having 12 colleges, 7 graduate schools, 2 professional schools, distance learning programs, and an integrated learning center for toddlers – all while managing to rank itself among the top universities in the Philippines today.

Being one of the pioneering full-Filipino universities in the country, here are 5 of their alumni that remind us why we have every right to be a proud Pinoy!

When people hear the name “Isko Moreno,” the first thing that comes to mind is an image of a matinee idol in the 90’s. While maintaining that image, he took up his M.A. in Public Administration from the Pamantasan ng Lungsod ng Maynila. From his showbiz career, he moved towards the political path becoming a three-term councilor of Manila’s first congressional district. After that streak, he went ahead to become the Vice Mayor of Manila City.

True, Filipinos are known to be musically-inclined but one of Pamantasan ng Lungsod ng Maynila’s alumni just took it to another level. Before being known as the “First Undefeated Pinoy Pop Superstar” with her impeccable streak, Aicelle Santos took up B.S Psychology at the Pamanatasan ng Lungsod ng Maynila. After multiple awards in music, Aicelle Santos made it to the worldwide arena as she plays Gigi in the musical Miss Saigon, in the UK.

PLM does not disappoint when it comes to the arts. In fact, Marlon Miguel, a proud Pamantasan ng Lungsod ng Maynila alumni is a recipient of the Carlos Palanca Awards for Literature in 2007. This award is the longest-running and one of the most prestigious awards you can win in terms of Philippine literature. With this stature, he has then founded the “PLM Magwayen Creative Scholars’ Guild” in 1988. This initiative is meant to encourage more students to get into the arts and have the tools to excel in it. While Marlon Miguel is looked up to for his talent in the arts, nobody would’ve guessed that he graduated with a degree in B.S. Computer Engineering! Who says you can’t have the best of both worlds? Not us!

Panfilo Lacson is a name that rings a lot of bells, especially in Philippine Politics. That should come in no surprise – after all he’s been in the senate from 2011 to 2013 and again in 2016. Before his interesting road in politics, he took up his Masters in Government Management in the Pamantasan ng Lungsod ng Maynila. With that educational background and experience serving as the Director-General of the Philippine National Police, it’s no wonder he is trusted to lead rehabilitation of damages in the country- like when Typhoon Haiyan happened in 2014.

Pamantasan ng Lungsod ng Maynila surely knows how to mold its graduates as the Philippines now has excelling leaders in all these fields – from the arts down to politics! Every successful story begins with good education and guidance, which we, at Edukasyon.ph are here for. If you’re beginning your journey into the College Life, we’d love to be there for you. PS: We come bearing tips, hacks, and a whole lot of love!