Top 10 Most Memorable UAAP Moments of the Decade | Edukasyon.ph 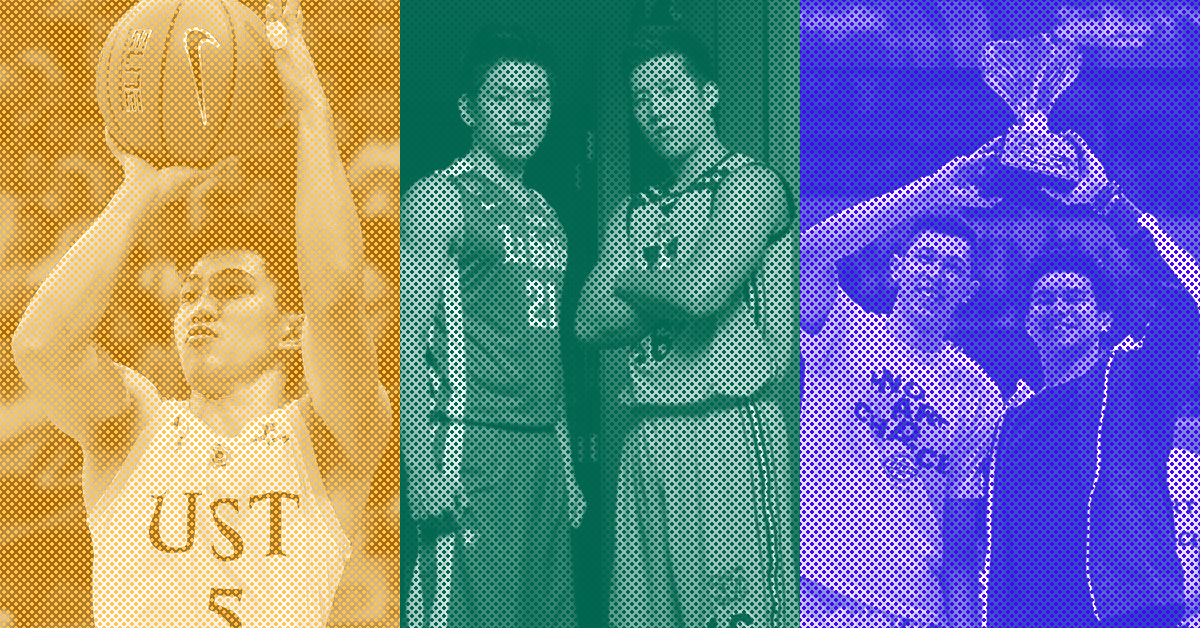 Your student life wouldn’t be complete if you haven’t watched a UAAP game.

Nothing beats the feeling of sitting inside the arena, cheering with clappers in your hands, and shouting for your school like there’s no tomorrow. From the wild crowd to the buzzer beater shots, it’s an experience you don’t want to miss.

As another year comes to an end, why don’t we take a look back at these UAAP moments and feel excited and frustrated all over again? Get your game face on and read!

If you’re a die-hard volleyball fan, you’ll never forget this heart-stopping game. Lady Spikers were able to bag the crown home to Taft Avenue after their four set-victory in Game 3 against the defending champions, the Lady Tams. One of the classic games in the history of UAAP Women’s Volleyball if you ask us!

Who would forget the game winning shot of Renzo Subido that advanced the Growling Tigers to the UAAP Season 82 Basketball Finals? Despite the shot clock winding down, the graduating point guard of UST launched a three, and made sure it wasn’t his last game in the UAAP yet.

Ateneo Men’s Basketball Team became one of the first teams to accomplish five consecutive championships in the UAAP. Thanks to Coach Norman Black for his coaching prowess, they were able to make such historic run after defeating UST Growling Tigers. The series was one of the most anticipated match-up in the collegiate basketball history.

It’s not everyday that you get to see brothers playing against each other in a basketball game—in a finals match to boot.  But this was the case of Jeric and Jeron Teng who took their rivalry in the UAAP finals. In the end, Jeron Teng of the DLSU Green Archers bagged the trophy. Outside the court, the bond between the Teng brothers is rock solid!

Winning together is much more meaningful than winning alone. When Kiefer Ravena of ADMU won the MVP award, he asked  Kevin Ferrer of UST to join him so they could lift the trophy together. These two star players have been rivals in the court but they remain good pals when they’re not playing with the ball. Friendship goals!

The blue team and green team may be tough rivals on the court, but they can agree on one thing, too. Instead of wearing their respective colors during a basketball match, Ateneo and La Salle  fans chose to wear yellow shirts to show respect for Corazon Aquino, who passed away days before the game. What a great display of unity and sportsmanship!

Another classic Ateneo-La Salle match-up, this time on the volleyball court. The fact that La Salle had a thrice-to-beat advantage in the Finals series (and they’re also  three-peat champions!), it’s almost impossible for the Lady Eagles to take home the title to Katipunan… but they did.

With their ‘Heartstrong’ mentality, the Lady Eagles were able to pull of a sweep against the Lady Spikers in the finals round, which led them to their first ever women’s volleyball title. Alyssa Valdez, one of their key players, was named as the Finals MVP. OBF!

The National University Pep Squad went all out with their dazzling routine that led them to their second straight title in the UAAP CDC. For the past seven years, NU Pep Squad has won five championships! Can you believe it? The bulldogs never fail to wow the crowd with their difficult toss and stunts in the air. They’ve also got mad skills (see: flexibility) that will make you think they are superhumans!

Top 2: UP enters Men’s Basketball Finals for the first time in 32 years (Season 81)

Despite the twice-to-beat advantage of the Adamson Soaring Falcons, the UP Fighting Maroons managed to advance to the finals round of the UAAP Season 81 Men’s Basketball Tournament. It was UP’s first appearance in the finals since 1986! They weren’t called fighting maroons for nothing. With the team’s grit and hardwork, they united the entire UP community and put their ‘Atin To’ battle cry to life. UP fight!

It’s a sweep sixteen! If you wonder why, it’s because the Blue Eagles were able to finish a  perfect 16-0 run in Season 82. They were also the first men’s basketball team to achieve such record in the history of UAAP! The team was led by veteran student-athletes Thirdy Ravena and Isaac Go, making it their third straight championship title.

There’s more where these year-end roundups came from. If you want to read more fun articles like this, check out our College Life blog section at Edukasyon.ph now!