University of the East By The Numbers | Edukasyon.ph 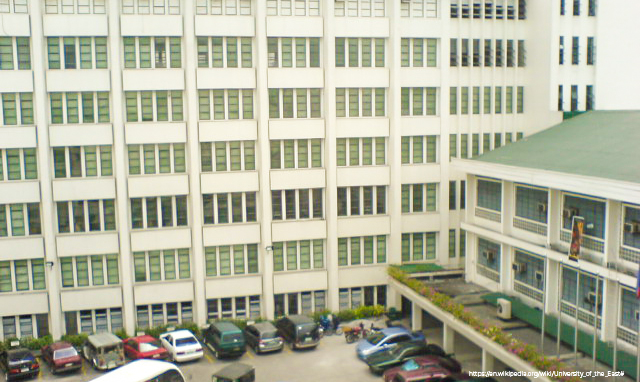 If you’re a frequent visitor of Metro Manila (or, at least, know someone who studies around the area), you’ve probably heard of the famed University Belt (U-Belt) at some point in your school life. It’s a certain area in the metro where you’ll find a number of colleges and universities clustered in walking distance from each other.

One of these areas includes Sampaloc where you’ll come across a red-and-white-colored school on your way to the LRT station. And just like that, you’ve encountered one of the schools along U-Belt!

The University of the East, otherwise known as UE, is one of the universities that you can find in the area. Aside from being a prominent sports contender during the University Athletic Association of the Philippines (UAAP) games, there’s more to UE than what meets the eye! If you need more convincing, here are numbers that might do the trick:

Founded in 1946 by Dr. Francisco Dalupan Sr., UE started as a review class which eventually expanded into an institution called the Philippine College of Commerce and Business Administration (PCCBA), which is found along R. Papa St. in Sampaloc, Manila. It eventually received its university status in 1951.

UE first started out as a review class for the Certified Public Accountant Examination in 1946. This was the number of students that eventually became the pioneering batch of the Warrior-themed higher institution, which boomed to over 60,000 students in one year.

Although it started out with over a hundred students, the university eventually opened its doors to thousands of students. The student population steadily multiplied over the years until it became the first Philippine university to reach the 60,000 enrollment mark in 1960. Its highest enrollment record hit its mark during UE’s first semester in 1975-1976, when 67,443 students signed up for the school.

Over the years, UE expanded to address students scattered all over Metro Manila. Its main campus is presently located at the heart of the University Belt in Sampaloc, Manila, while students who live closer to the northern side of NCR can find its satellite campuses in Caloocan and Quezon City. The latter is where you can find the UE Ramon Magsaysay Memorial Medical Center (UERMMC), where students who wish to pursue health-related careers can pursue medicine in this campus. A Laguna campus, which will serve as an addition to Eton City, is also in the works.

UE offers an assorted amount of programs for its students, particularly in Architecture and Design, Arts and Sciences, Business Administration, Computer Sciences and Systems, Dentistry, Education, Engineering, Fine Arts, Law, Nursing, and Physical Therapy. So if your interests fall under any of these categories, UE has you covered!

If you’ve already graduated from college and wish to pursue more studies after, UE also offers a lot of masters and doctoral programs under its belt. It has programs under Business, Dentistry, Construction, Education, Information Management, Philosophy, Public Administration, and Sciences. UERMMC’s Graduate School is no slouch in this department either with its health-related post-graduate degrees under Medicine, Nursing, Public Health, and Physical Therapy.

UE is noted to have three programs that are recognized by the Commission on Higher Education (CHED) as Centers of Excellence (COE). These are Information Technology, Nursing, and Medicine. Having a program with this distinction means it displayed excellence in certain aspects set by CHED, such as methods of instruction, research and publications, and academic linkages.

UE’s main campus has Information Technology, while its UE Ramon Magsaysay Medical Center houses the Nursing and Medicine programs. So if you really want to pursue a STEM-related career, these courses will suit you!

Any UE Red Warrior fan can attest to this school’s contribution to basketball history over the years! As of writing, UE has a total of 17 championship titles writing. This university also has the longest winning streak out of all the UAAP schools, garnering championship titles from 1966 to 1972 in seven straight years!

Want to learn more about UE along with other universities in the Philippines? Or are you in the mood to learn how to survive and thrive in your college life? Learn more about it at Edukasyon.ph now!