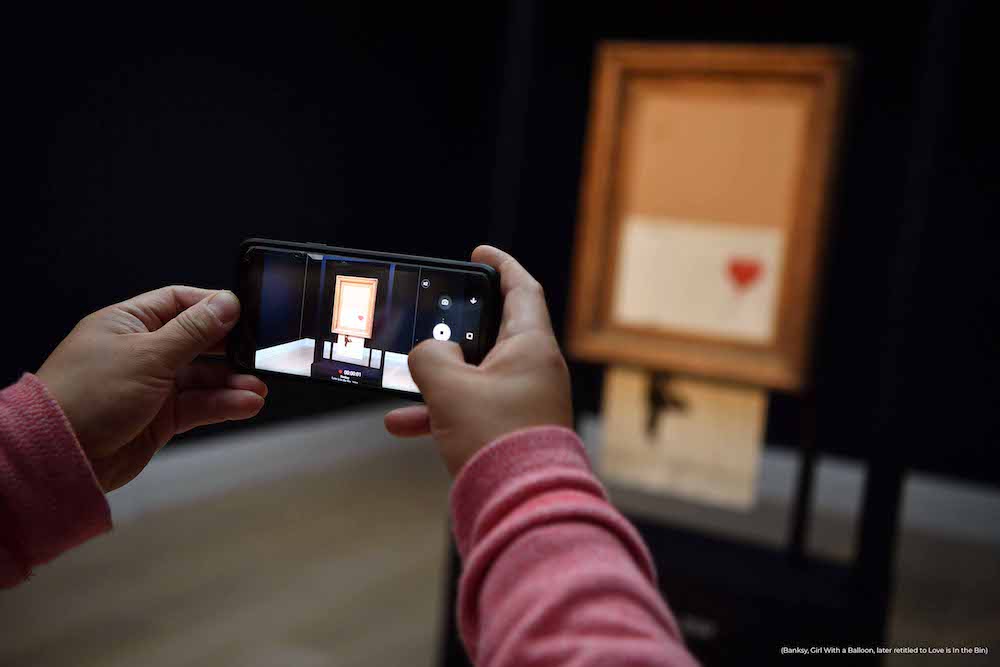 Every year comes with its own highlight reel, and the art world definitely didn’t shy away from record-breaking moments this 2018. From rarest and most expensive artworks sold to craziest creative stunts, this year was a wild one from start to finish. If you need a creative push to ring in the new year, here are the most important moments in art to give you a bit of inspo. 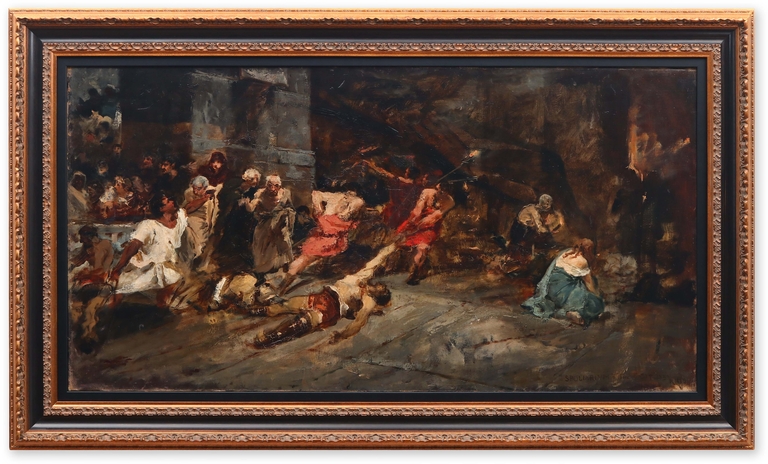 The surfacing of the boceto or study of Juan Luna’s iconic Spoliarium from a private collection this year sparked both awe and skepticism amongst art historians and the public alike. Salcedo Auctions director Richie Lerma traced the painting, which Luna signed in Baybayin, all the way to Spain. The sketch sold for P63 million at an auction upon arrival in Manila.

2. A doctor discovers the secret behind Mona Lisa’s smile 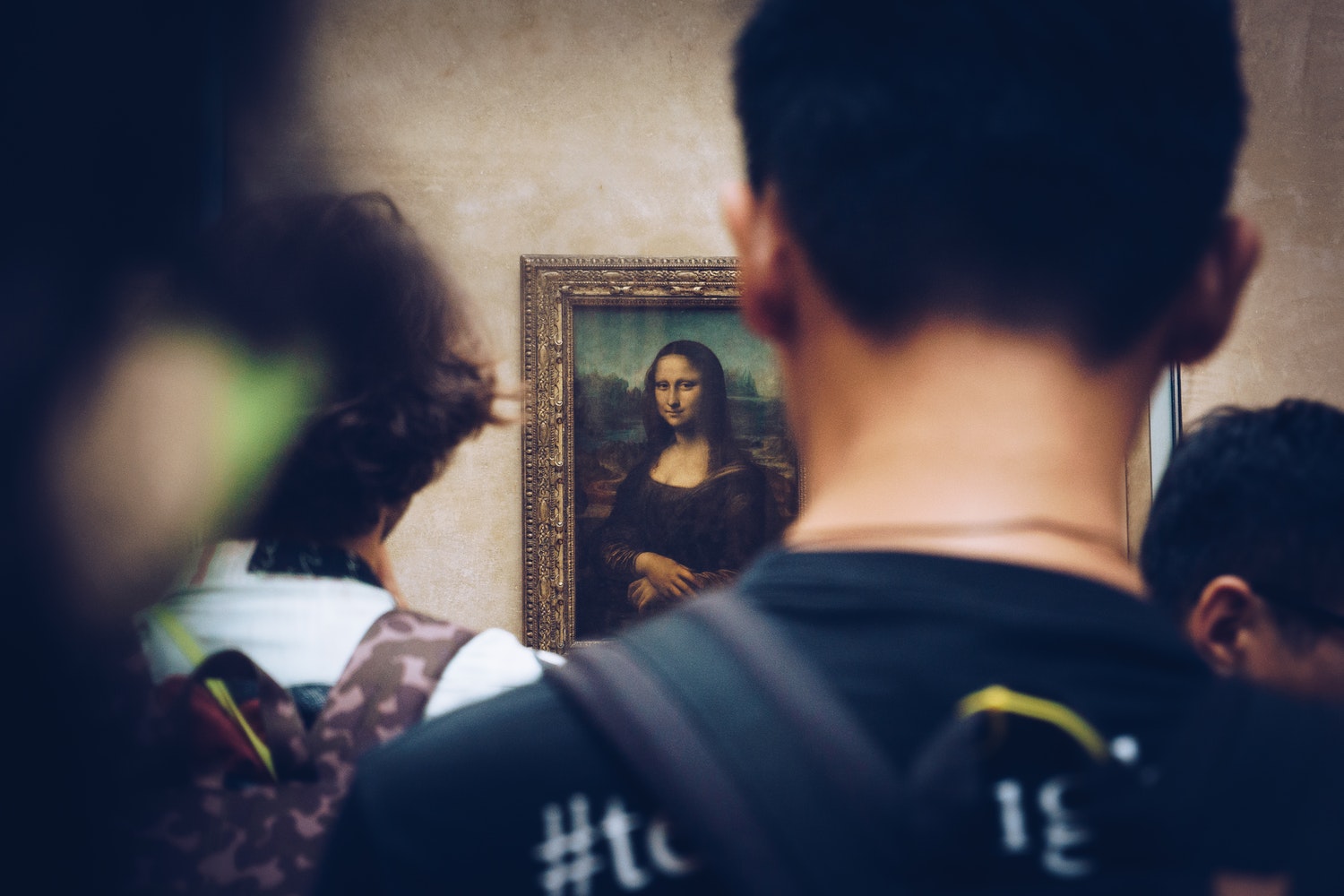 After standing in line for an hour and a half to see the iconic Mona Lisa, Boston physician Dr. Mandeep R. Mehra analyzed the mysterious woman’s appearance. But when he thought about it, Leonardo Da Vinci always paid and painted attention to anatomic details. So why did she have yellowing skin and eyes, a puffy neck, receding hair, and a bump near her left eye?

Turns out, La Giaconda had hypothyroidism! Who knew?

3. Ateneo reopens the Ateneo Art Gallery inside the Arete, the first museum of Philippine modern art

This year marks the opening of Ateneo’s Arete, a creative hub and building dedicated to fostering creativity. Inside, the Ateneo Art Gallery boasts an expansive collection within the first museum of Philippine modern art. It’s grown from a single-story gallery to a 3-floor museum with multiple galleries, housing artworks from the post-war to contemporary ages.

4. Banksy’s painting self-destructs after auction sells it for $1.4 million

ICYMI, controversial street artist Banksy pulled this crazy stunt at a Sotheby’s auction. His Girl With Balloon painting sold at a whopping $1.4 million. So to shake up the audience, Banksy activated a shredding device hidden behind the painting frame, and it self-destructed before their eyes! The painting was retitled to Love Is In The Bin and is now worth more. So much for anti-art-capitalism? 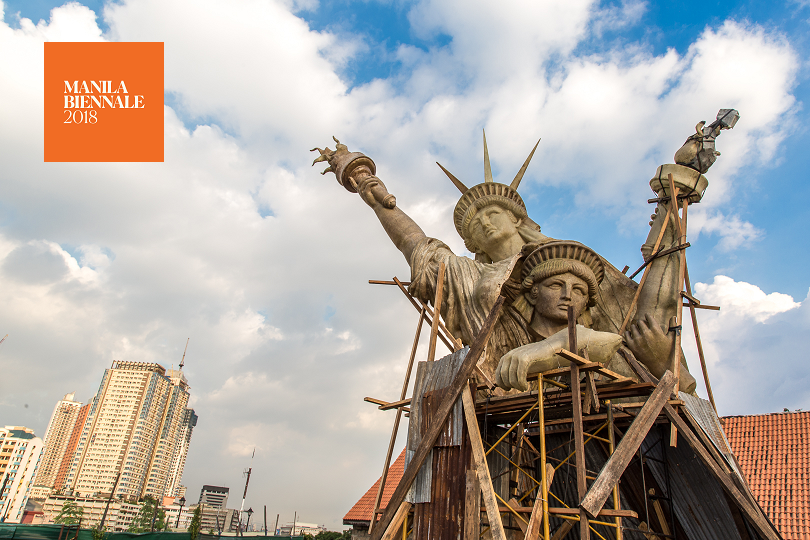 To keep up with globalizing Philippine art, historian Carlos Celdran opened a month-long art fair in the heart of Intramuros. The Manila Biennale theme, Open City, was a tribute to the origin of our history and culture, a time when the Philippines first opened itself to the world for trade. The fair housed many installations and artworks by local artists, both experienced and new.

✨Congratulations✨ to @KehindeWiley and @ASherald on today’s unveiling of their masterful portraits of former U.S. President @BarackObama and former First Lady @MichelleObama. Read more about the historic moment in the latest from Artsy Editorial [link in bio] and see the works installed at @SmithsonianNPG starting tomorrow. • #Obama #KehindeWiley #AmySherald #myNPG

To commemorate his term in office, Barack and Michelle Obama unveiled portraits that broke barriers for both art and people of color. The artworks go against traditional depictions of the presidential subject, with Barack Obama sitting amid vivid greenery, and Michelle Obama strong and bold yet feminine.

7. The Philippine National Museum of Natural History opens to the public

The DNA Tree of Life Soaring six storeys high, this is the @natmuseumph definitive architectural feature, the locus around which the entire complex revolves. Conceptualized by architect and heritage conservation advocate Dominic Galicia, the DNA Tree of Life has been described as a double-helix steel structure that rises and extends into a distinctive pattern of leaves and branches that provide a canopy for the museum’s courtyard. Because it houses a scenic elevator, it also serves as one of the access points to the museum’s top floor. From there, visitors can eventually start their tour at the galleries on the fifth floor and find their way to the lower floors via ramps or stairs. #NationalMuseumOfThePhilippines Source: spot.ph ✨

After a long wait, the well-beloved half of the National Museum dedicated to antiquities, ecology, anthropology, and more reopened for the public to enjoy. Might we add, that it’s superInstagram-worthy, thanks to the daylight-centered design dubbed the DNA Tree of Life.

8. David Hockney breaks the record for most expensive work of art by a living artist sold at an auction

Get up close and personal with masterpieces from one of the most prominent sales of the Post-War and Contemporary Art market. Join @christiesedu at our space ‪on 25 October‬ for a unique opportunity to interactively learn about the selling of important works by artists including Jackson Pollack and Edward Hopper. Also on view will be David Hockney’s, ‘Portrait of an Artist (Pool with Two Figures)’, so be quick to register as places are limited. Link in bio to register! ———— #EbsworthCollection #losangeles #postwarandcontemporary #americanart #JacksonPollack #Edward Hopper #christies #christiesedu #DavidHockney #christieseducation #christieslosangeles

Portrait of an Artist (Pool With Two Figures), an oil painting by English pop art painter David Hockney sold at a Christie’s auction at a record-breaking $90 million. Hockney beats the record by a mile, which Jeff Koons previously held with his orange Balloon Dog sculpture ($58.4 million).

What’s so special about it? It’s a painting that combines two unrelated photographs: a man swimming in a pool in Hollywood and a boy looking at the ground. Plus, the colors come out so vivid and bring out the depth of field.

Art is meant to inspire and engage. What exciting and creative moments brought out the best in you this 2018? Share them with us! You can be a blogger for our All About Senior High and College Life sections this coming year! Check out our other 2018 roundups, too, on the Edukasyon.ph blog!

Cover Photo: Banksy’s Girl With A Balloon, which was later renamed Love is in The Bin when it self-destructed at Sotheby’s.