3 Real People On How They Landed Their Dream Jobs By Age 25 | Edukasyon.ph 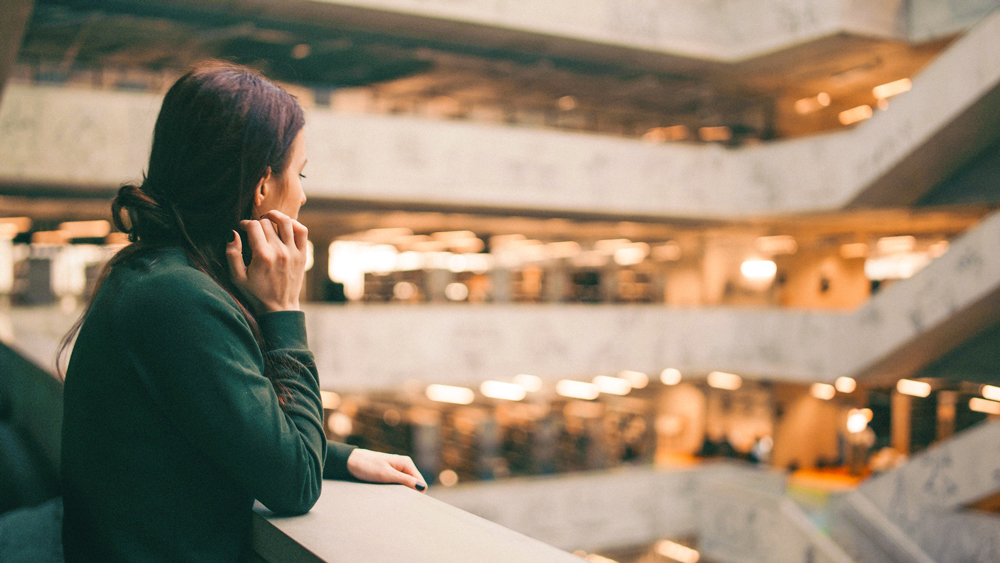 Diving into your first job can be nerve-wracking. Where do you start looking? Did you graduate from the right course? Will you be able to find your dream job eventually?

Such are the worries of a young college grad.

When you look at people with successful and high-paying jobs, you wonder, “What did they do to get there?” It’s easy to assume they had it all figured out from the beginning; But in fact, they, too, were once anxious fresh graduates themselves.

So we reached out to three successful 20-somethings to share their struggles, learnings, and victories as they built their careers. May their stories give you assurance and wisdom that will help you power through your own path.

Travelling the world and directing celebrities by age 26 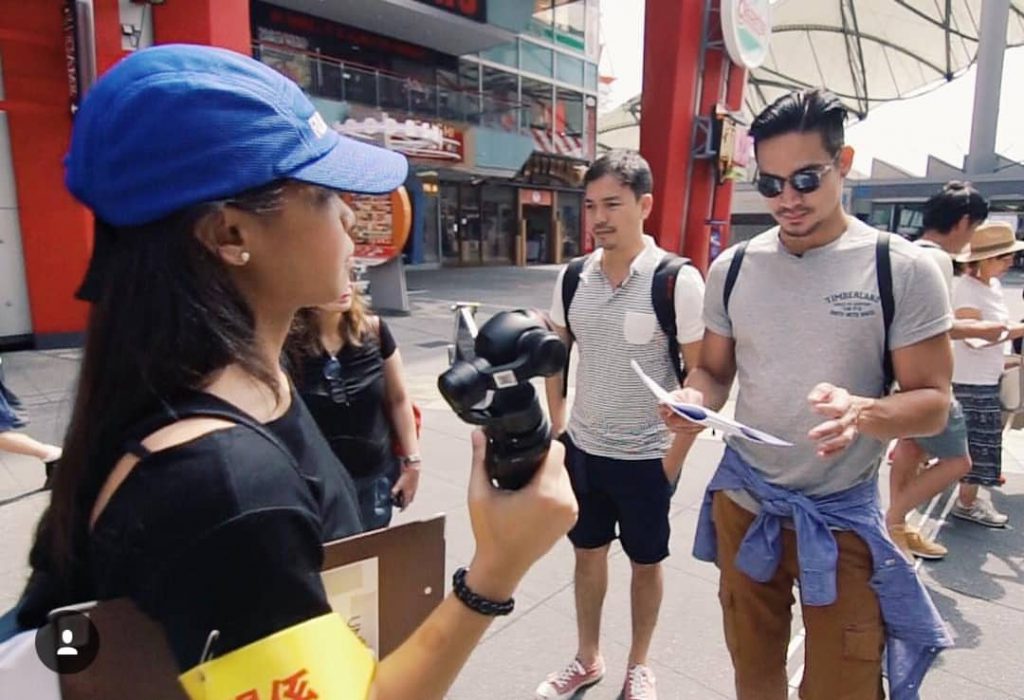 Ask any graduating student about their dream job, and they’re most likely to mention the big names—corporate giants, multinational firms and top-of-mind brands. The problem is, getting that highly coveted job is like going through the eye of a needle.

Is a prestigious company really the only path to success? Not necessarily, according to Aia del Mundo.

The world is a lot bigger than you think. And working in a small, less known company doesn’t have to be the worst thing to happen.

Aia first worked as a TV commercial editor for a post-production house in Makati. Unhappy with the job and the office culture, she sought out other work opportunities.

She then found the company of her dreams—a humble yet talented team of not more than 15 people—through a college friend’s referral.

Aia expresses, “One of the things I observe about fresh grads is that they only know the big name companies, so it helps a lot to research. Use your networks.

Don’t turn your back on start-ups. A lot of start-up companies provide really good hands-on training and bosses that are mentors and leaders that can help you grow and learn.”

On finding her dream job, Aia adds, “I actually landed a second job as a producer at a start-up media company I have never even heard of before. Then I just realized that I fit in the group of people, the work culture, what they do excites and inspires me and those are things I really value aside from of course… the pay.

With a lot of hard work, humility, and willingness, and eagerness to learn, I was promoted again and again. And now [I’m] one of the Executive Producers in the company.” 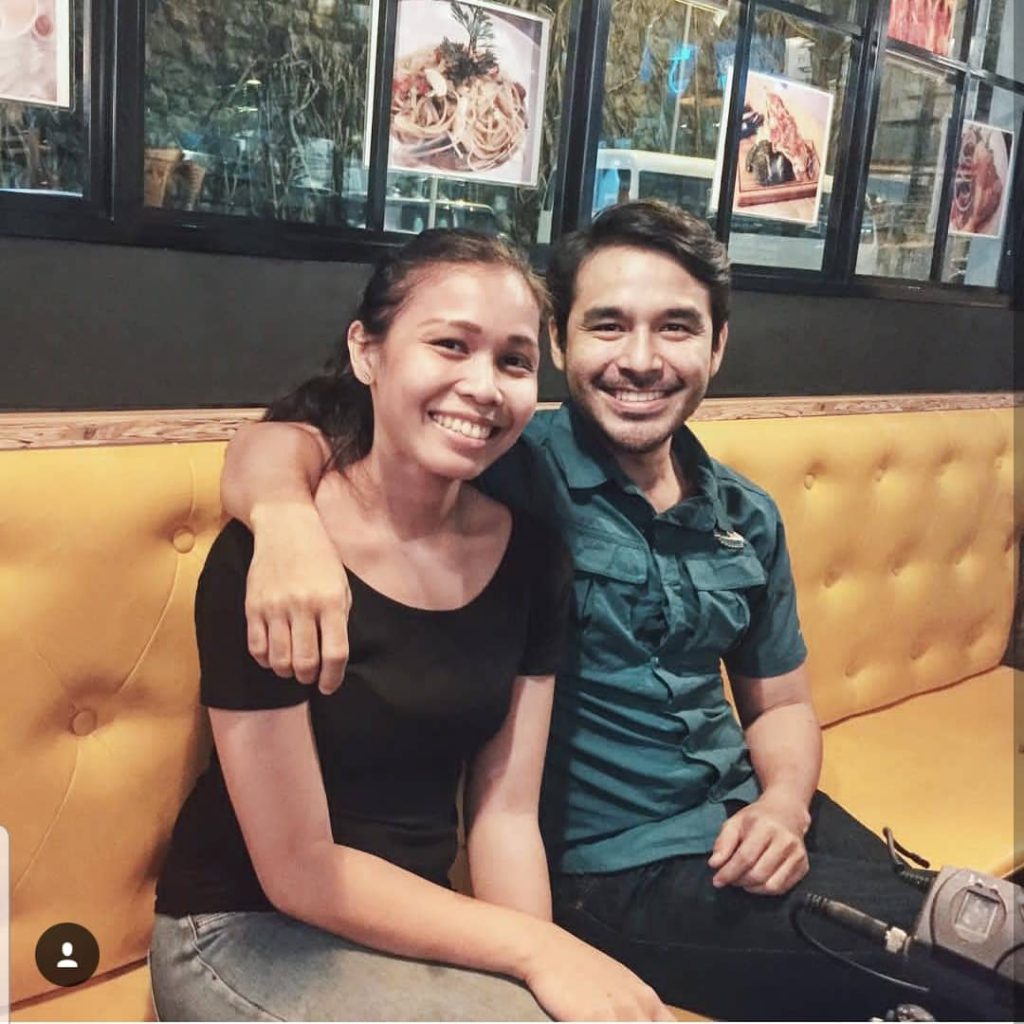 Had she worked in a big network, it might have taken much longer for her to take on such huge roles. Joining a small company gave her the freedom to spread her wings and explore her potential without waiting to climb the corporate ladder.

“One of my favourite shows as a kid was ‘Oh Tokyo.’ It’s basically about this girl who travels and eats and records it on cam (practically the oldest version of a vlog). I remember thinking, ‘Well, I’d like to do that someday, that would be a pretty cool job.’

And now, some 20 years later, here I am doing almost the exact same thing for a living.

How powerful are our thoughts to, whether we are aware of it or not, lead us to where we’re always meant to be. Just a reminder that If you think it, you can do it.”

Winning a 6 million-peso contract by age 25 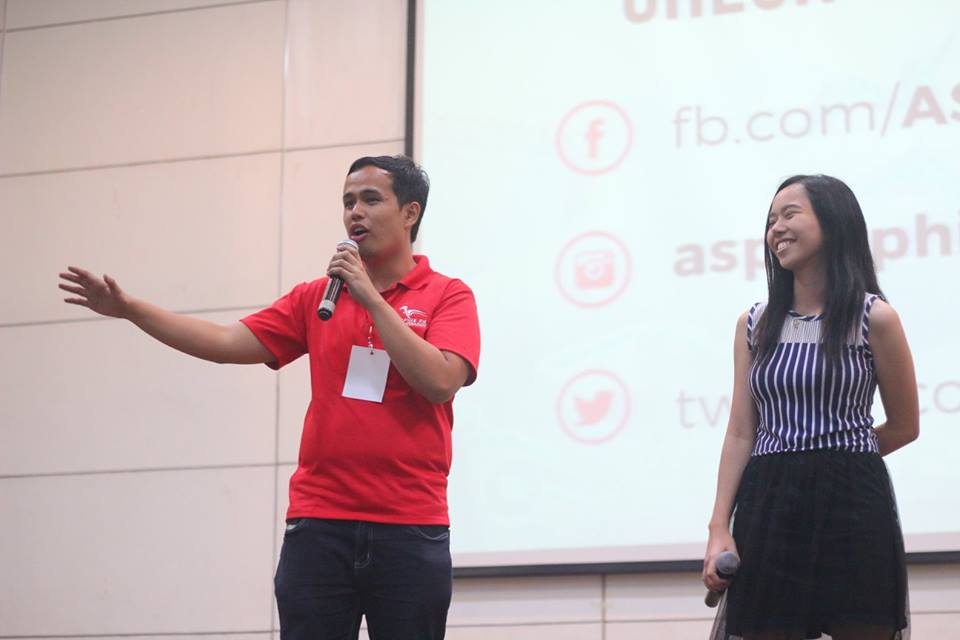 Raymond was already earning a high salary at Congress, where he had his first job.

But he yearned for something else. He knew he didn’t want an 8-5 job; He wanted to be his own boss—despite his lack of a business degree and experience in corporate.

So at age 23, he decided to quit his stable job to start his own business, ASPIRE Philippines, which led to a series of trials.

I will never forget those words. The people who said that had reason then though. I had lost more than P200,000, all my work savings, in creating events, marketing, and building my startup. It got to the point that I had no more money that BDO closed my savings account for being below maintaining balance and that I couldn’t afford to pay my people on time.”

Some employees did join ASPIRE over the years, but even then, the situation was rough. Raymond was the only full-time worker since everyone else had day jobs.

“Everything changed when my 100% supportive parents saw a newspaper posting for the JobStart LifeSkills Training and so my company submitted a bid because we had done some trainings for government before . . . I expected a negotiation but what I got was a super intense thesis-like defense where instead of a passing grade, it was a multimillion-peso contract on the line.

I was by myself and there [was] a table full of people who I had to convince that my company could pull off a major training.  I knew I had to be at my most confident because no one would ever believe in me if I doubted myself . . .

To my surprise, we got the contract, the biggest contract of my life worth more than P6.1 million . . .  Now we have the funds to expand the business and hopefully hire our first full-time employee in the future.” 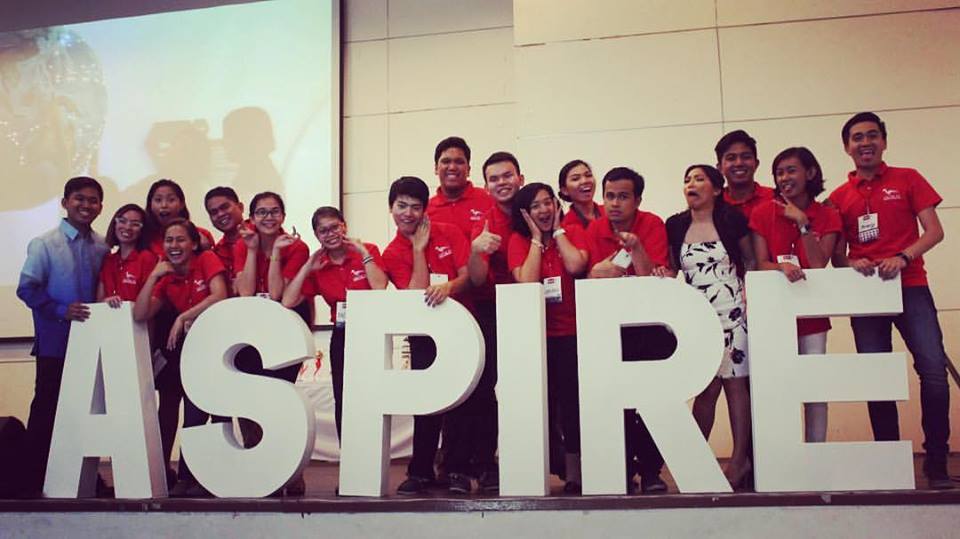 Raymond with the ASPIRE Philippines team

Raymond’s words to those with big dreams?

“For all the employees who are thinking about starting their own business, for all the business owners who are struggling to survive, for all the people who were told they can’t do this, never give up and never let other people’s doubts affect you. Life may bend you but never let it break you.”

Making it as a TV reporter in a foreign country 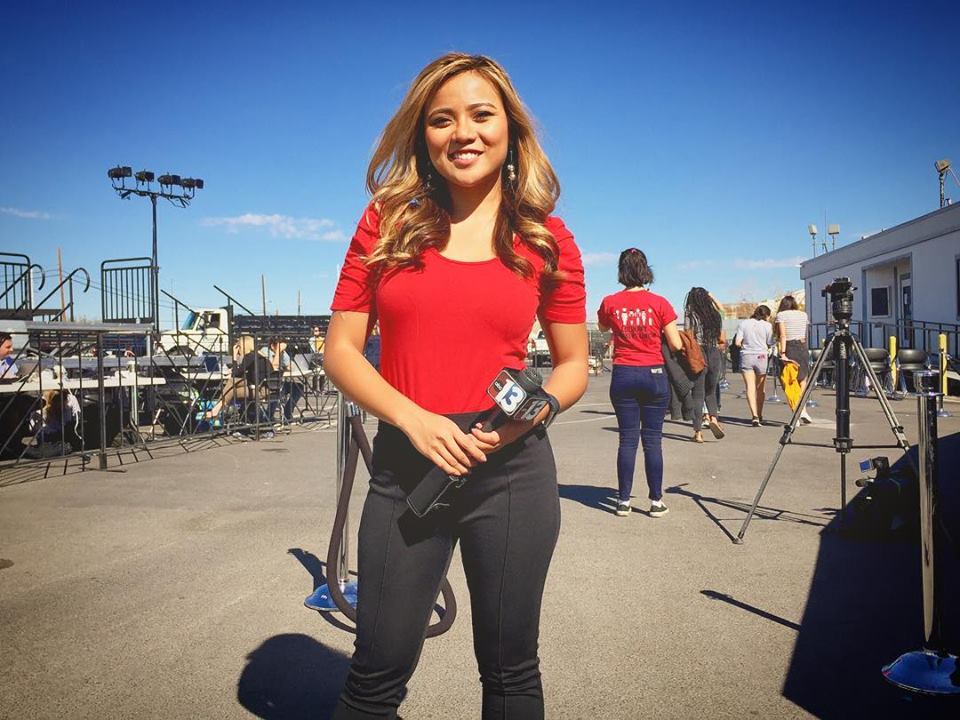 Caption from Nina’s 2018 Facebook post: October 2015. Three years ago today I made my US local TV debut as a reporter (nahks naman) Made my way from Florida, to New York, to Las Vegas. What’s next?

It’s one thing to make a name for yourself on local television; And it’s an even bigger feat to achieve such a position in a foreign and vast land. Yet Nina surpassed the odds, now excelling as a news reporter for KTNV Las Vegas.

But she had to trudge through a challenging path before landing her dream job. Becoming a successful journalist had no shortcuts; Getting there took two years of hard work and patience.

It was a matter of making the first step. To work her way toward her dream job, Nina became a ‘Broadcast Traffic Assistant’ at WUSF, a public radio and TV station in Tampa, Florida.

“No, that does not mean the ‘traffic’ anchor you see on TV. ‘Traffic’ in that sense means I helped in scheduling the commercials/ads on TV and radio for air,” Nina explains.

Sharing about her struggles, “Never in my life did I think [I’d] become a traffic assistant. I’ve always wanted to be a TV reporter but being in the US shortly after graduation where the landscape of journalism is very different from what I was taught in the Philippines, I had to start somewhere and it was the closest job to my dream job that I could take at the time.”

On top of being a traffic assistant, Nina worked 5 jobs, 7 days a week from 7 in the morning until almost midnight for a year and a half to sustain herself.

Meanwhile, she continued to work on her ultimate goal by volunteering as a radio reporter and intern to help reporters in the field until midnight.

“None of these two ‘jobs’ paid me, they’re internships/volunteer work BUT these are the ones that helped me get the experience I needed to break into TV reporting,” Nina shares.

She continued applying for her dream job while juggling several other occupations.

According to Nina, “Months later, I got a phone call from a News Director at WHEC in Rochester, NY wanting to interview me. He flew me in from Florida and I was in Rochester for two days for the interview. Few weeks later, I got the job! I moved to NY with all the money I saved up from my odd jobs. Now, I’m on my second job at a bigger market in Las, Vegas.”

Her advice for fresh grads who have yet to find their dream job?

I think back to me four years ago when I was starting and I went through A LOT. I battled depression among other things and there were times I thought about giving up but I didn’t. They always say hard work and dedication pays off. It did for me. It took a while. It took me over a year and a half to get to where I’m at but it was all worth it.”

Free yourself from the pressures of society’s “timelines” and find your own way. Let your skills, interests, and passions point you in the right direction. Then you’ll know what to do to achieve the future you want for yourself.

Let’s get you that dream job! Edukasyon.ph is here to guide you through every step of your education-to-career journey. Read more tips on navigating life as a student and beyond on the blog!

Karr writes online content for Edukasyon.ph. She found her passion for writing during her stint as a TV Producer for lifestyle shows and light documentaries. Movies, music, books, and TED talks inspire her—and she's always eager to pass on ideas that make the world a more positive place.