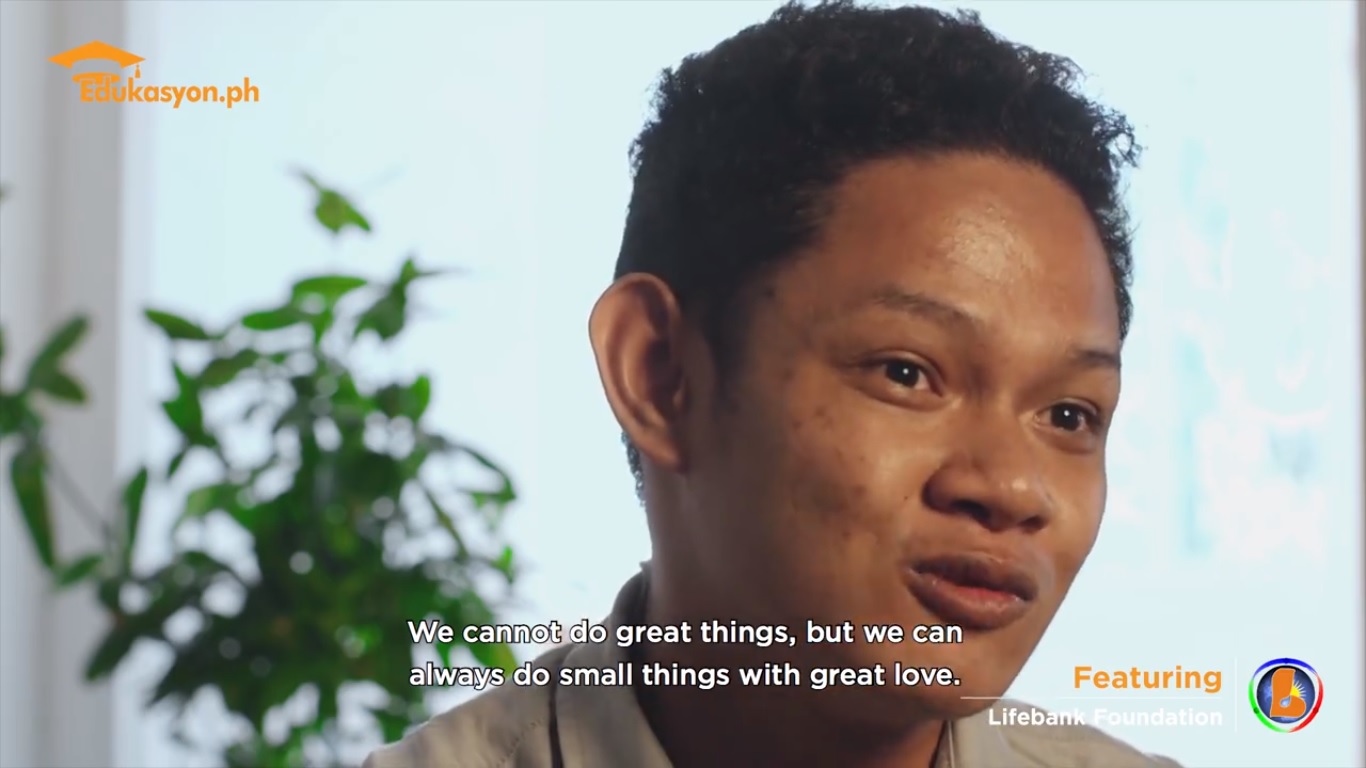 “Lifebank Foundation does not only provide financial assistance to deserving students, they also mold them to be future leaders,” shared Lifebank scholar Alvin Perez.

Alvin’s journey with Lifebank Foundation (LBF) started in 2013 when his mother received the news that she is qualified to apply for a scholarship for her son. At first, Alvin can’t believe that he received such an opportunity to help him finish his degree in journalism. But all the doubts disappeared when he attended the orientation and met his co-scholars. While in school, he also attended LBF-sponsored activities like leadership and summer camps.

“After graduation, I was invited again to attend an activity with LBF where our late LBF President Manny Perlas asked if I wanted to join LBF as an employee. And as a way of giving back and believing in their pure intentions, I accepted the offer,” said Alvin.

He worked in LBF’s Education Scholarship Program (ESP) for two years. During this time, Alvin traveled around the country to spread the word about the program and help students finish their studies.

Inspired by how LBF helped him and hundreds of others through scholarship programs, he is now working with 2KK (Tulong sa Kapwa Kapatid) Foundation and is in charge of its Yaman ang Pag-aralin and Kabataan (YAPAK) scholarship program.

For Alvin, LBF was one of the first organizations that made him realize that small acts of greatness go a long way. LBF was also where his passion to work in the development sector started. To hear more of his story, watch the clip below:

Created in partnership with Lifebank Foundation