5 Awesome Filipinas Who Raised the Bar In STEM | Edukasyon.ph 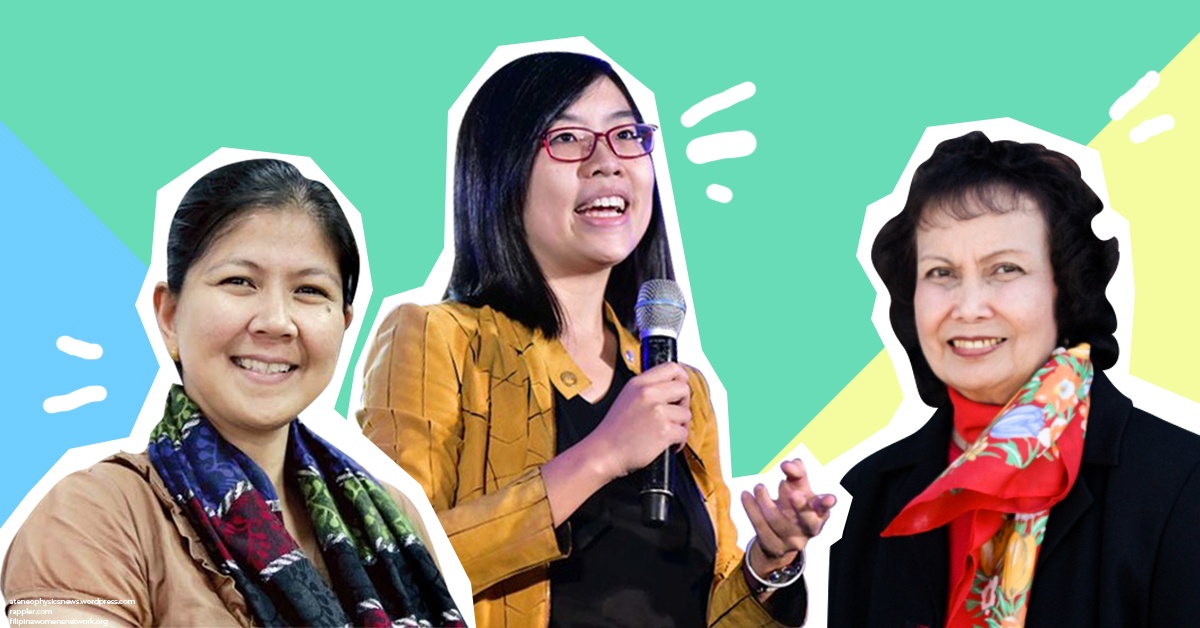 Gone are the days when women are confined to stereotypical roles. No longer are they hindered to do things they can actually do just because society tells them otherwise. What a time to be alive for women—more so for Filipinas in Science, Technology, Engineering and Mathematics (STEM)!

According to the latest Global Gender Gap Report, an annual report which looks into gender equality in all countries, the Philippines remained to be the highest in Asia and 10th among 144 countries. While it’s still a long way before we completely achieve gender parity for all, there’s no doubt that the time has come for women to lead too!

For the male-dominated STEM professions, women have been more empowered than ever. And these five Filipina women prove that there’s no glass ceiling too high that they can’t reach. Check it out:

In a climate like ours, disaster risk and management is a top priority. And Dr. Narisma knows it very well! Using her expertise in climate change research, she helps communities prepare for storms and other natural disasters through flexibility and resilience. Her outstanding work in the field earned her a recognition from the TOWNS Foundation as one of The Outstanding Women in Nation’s Service in 2013. Oh, and she’s featured in an illustrated children’s book too!

Want to be like Gemma Narisma? Take note of her courses:

Whoever said tech professions are only for men should think again after talking with Stephanie Sy, one of the very few data scientists in the country. She’s the founder and CEO of Thinking Machines, a startup that uses data-driven research for social change.

Some of her team’s notable works include tackling traffic congestion in Manila using Waze’s data. Isn’t it amazing? No wonder, this young entrepreneur landed a spot in the Forbes’ ‘30 under 30’ list for 2018!

Want to be like Stephanie Sy? Take note of her course:

Some people think STEM-related courses are engineered for men—well, not when Anne Aaron has anything to say about it! She doesn’t just lead a team of software engineers and research scientists; She also makes it possible for you to stream your favorite Netflix shows in HD!

Just last year, she was included in the Business Insiders’ “43 Most Powerful Female Engineers of 2017.” Who knew someone can be THIS awesome?

Want to be like Anne Aaron? Take note of her courses:

Aside from Neil Armstrong, here’s another name you should remember when you hear NASA: Angelita Castro-Kelly. She definitely knew what it means to ‘shoot for the stars’ as she became NASA’s first woman Missions Operations Manager a.k.a. MOM!

This multi-awarded Pinay cracked the glass ceiling since all the MOMs were men. While she earned numerous awards throughout her career, her 1993 Presidential Award “Pamana ng Bayan” for S&T truly reflects her contribution to the field and the country.

Want to be like Angelita Castro-Kelly? Take note of her course:

There’s always a first for everything! And Fe Del Mundo might’ve taken it too seriously, in a good way. Famously known as “a woman of firsts”, one of her greatest legacies was being the first woman to be admitted to Harvard Medical School. Can you imagine?

Though her admission was due to an oversight, her lifelong contributions were no mistake. Being the first woman National Scientist, she poured her life in selfless service when she sold her home to establish The Children’s Medical Center—the first pediatric hospital in the country. As if it wasn’t enough, she invented the first incubator too!

Want to be like Fe Del Mundo? Take note of her course:

These are just five of the many unsung female heroes in the Science, Technology, Engineering and Mathematics (STEM). While there remains a wide gap favoring men in this field, we can’t dismiss the fact that women are rising up and we can’t help but be excited for what’s ahead. Want to join them in the S&T revolution?