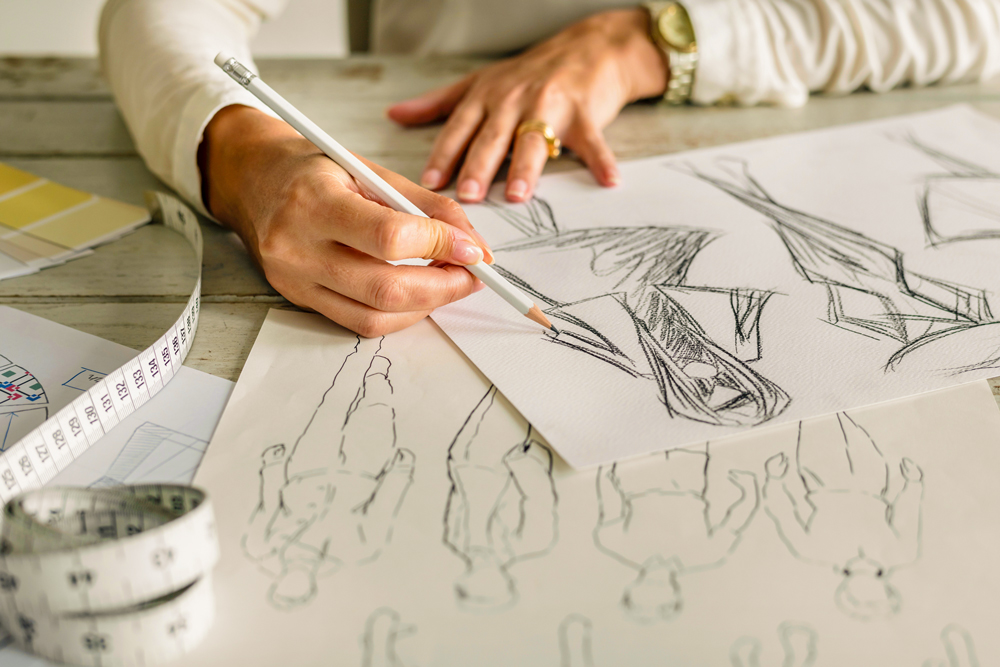 What comes into your mind when you see the words “graphic designer” and “illustrator”? Design? Art? Illustrations?

For one thing, both career paths involve getting gritty with all kinds of design on a near-daily basis. They’re both career paths that Arts and Design students can pursue. Both career paths also require a lot of knowledge in Adobe Photoshop and Illustrator to get the job done. And of course, both career paths entail a great deal of collaboration with clients who would ask for visual representation for their brands.

Like many misconceptions in the Arts and Design industry, it’s a common mistake to believe that they’re both two peas in a pod. But although they seem identical at a glance, the similarity ends there.

So how can two art-related jobs be so different when they both sound so similar to each other?

What does an illustrator do?

An illustration is a visual interpretation of any given text. Sometimes, illustrations can also be used to embellish or expound information through a series of images.

With this in mind, illustrators produce illustrations by hand, except their works are not usually intended for viewers to focus on a specific subject. Instead, the focus is usually on the image as a whole and not on a specific subject, since these images are created to work with a certain message in mind.

Illustrators are also tasked to add character to their work without drawing too much attention to the image as a whole.

What does a graphic designer do?

As a result, graphic designers tend to work on projects that focus on a more stagnant approach to art. They pay attention to greater detail and usually rely on image components such as shapes, text, and symbols.

What kind of skills do they usually have?

Illustration students, on the other hand, are also trained in graphic design to a certain degree, but they don’t have the set of advanced skills that you would get from becoming a graphic designer. An illustrator’s coursework has more to do with making something from scratch. This includes being asked to draw, sketch, and paint more, along with being exposed to art from a historical context.

How do they use their diverse skill sets in the workplace?

Although one could find illustrators and graphic designers working for different types of organizations, both careers use different means to get their jobs done.

Graphic designers tend to use structures and other design components to create a visual message for business entities such as organizations and advertising agencies. These visual messages, such as logos and campaign posters, are usually crafted to promote or sell a product.

Meanwhile, illustrators are given more liberty to express their work using raw sketches to produce a final output. Since they draw a lot, most of their work can usually be found in book illustrations, graphic novels, and company logos. Although you can also find them in advertising houses, illustrators are mainly sought by other commercial companies such as comic book houses and publishing houses.

Do they have different requirements?

Although illustrators and graphic designers both need a strong portfolio to land a job, they both require a specific set of skills to do their part well.

Aside from having a strong love for drawing, illustrators are also advised to have a strong background on video editing programs. This includes being familiar with motion capture softwares and blue screens.

Graphic designers are also expected to have a background on sales and business, since dealing with corporate visuals will be part of their job. They must also know how to manage their time, on top of having strong verbal, written, and oral communication skills.

Which one should you choose?

Ultimately, it depends on your style and which medium you’d prefer to work on.

Graphic designing is an art method that forces you to visually create ideas with constraints, while illustration is more liberal when it churning out ideas.

So if you’re a creative who loves to draw and translate your ideas into digital art – without any restrictions whatsoever – then the life of an illustrator describes you.

But if you’re a perfectionist who’s particular about detail, wants to learn how to code, and loves arranging designs for websites, then becoming a graphic designer will suit you better.

Are you excited to choose between graphic design or an illustration after graduation? There’s more to the Arts and Design strand than you think, and looking for the right school that offers it can get you on the right track (no pun intended!) And if you’re in the mood to learn more about surviving senior high school life, check out our blog at Edukasyon.ph!