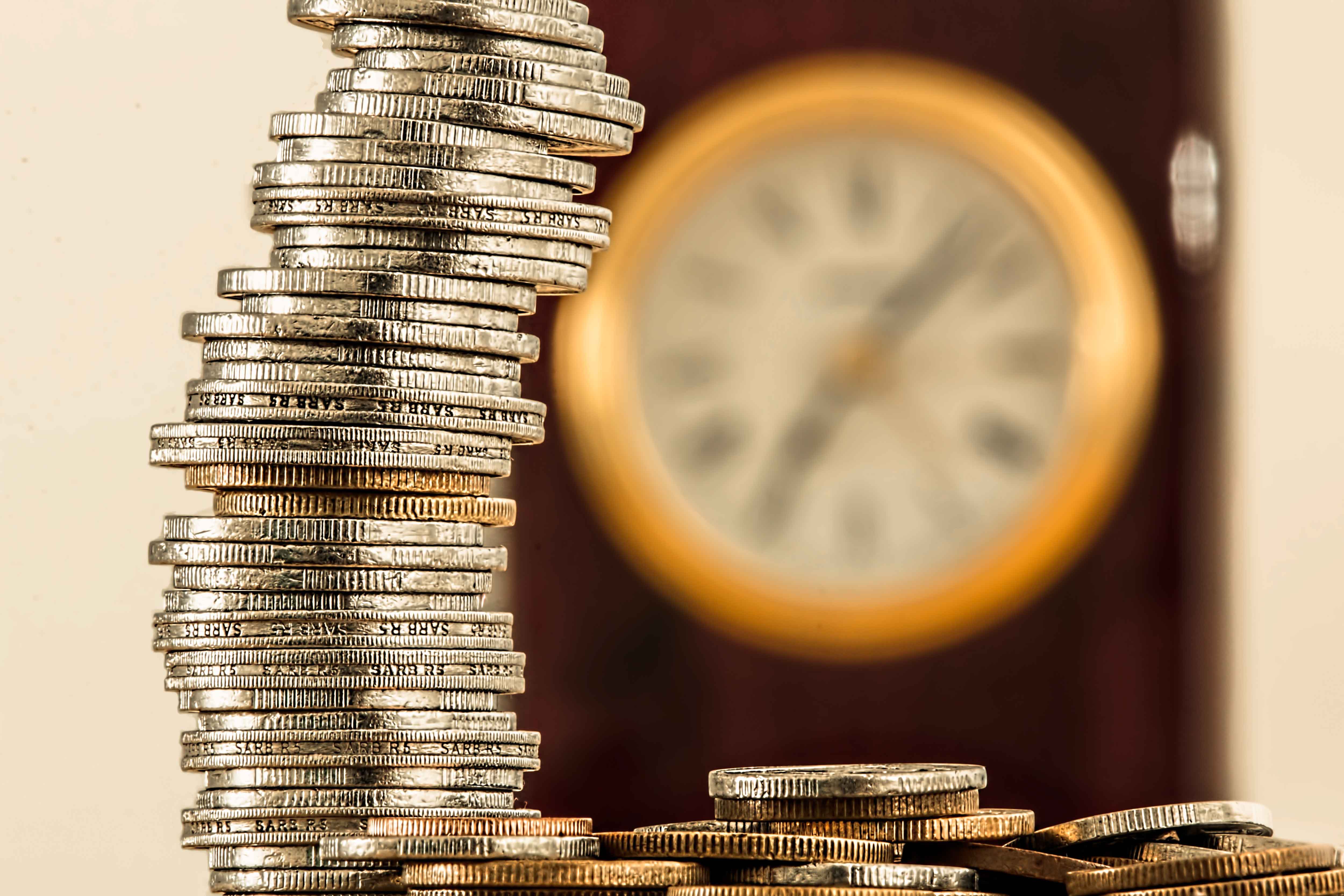 Rosalind M. Landicho, Faith’s director for marketing and corporate communications, said Fidelis Senior High School was offering the Technical Vocational track, with the Information Technology strand, to take advantage of the school’s location in Tanauan City in Batangas, a high growth area with at least four industrial zones.
Fidelis started offering Grade 11 in 2014-2015 with 26 students. “Most of the students come from families who cannot afford college education, but still hope to pursue their studies and work right after graduation. Under K-12, a senior high school graduate is already legally employable,” Landicho said.

Fidelis combines scholarships with a study-now-pay-later program to allow more students to enroll. Graduates start paying their school fees through salary deduction after they get employed. Landicho said job placement after SHS was almost guaranteed because of Fidelis’ partnership with global companies like Chiyoda Philippines Manufacturing Corp and Fastech Synergy Philippines.

Lozano said, this year, Faith will be accepting students from public schools, who would qualify for subsidies under the Senior High School Voucher Program.

Landicho said, contrary to the general assumption, Faith would have college freshmen students consisting of high school graduates of 2015 and earlier. But some General Education teachers would be teaching specialized subjects in SHS while the “core or general subjects will be taught by the basic education teachers, plus new hires,” she said.

Also offering SHS is the Lyceum of the Philippines University-Manila, the only LPU campus without a high school. Like La Salle and Ateneo, the SHS faculty would also consist of “imports” from college.

LPU-Manila president Roberto Laurel said the university would keep all its regular faculty members and, during the lean years, send to graduate schools those who needed to get their master’s, or even post-graduate, degrees. LPU is currently screening professors who may qualify to teach Grade 11. The teachers will undergo special training on teaching methodology for SHS.

Sandra Recto, director of the school’s Communication and Public Affairs Office said, “There will be a (temporary) cessation of our Nursing program due to the lack of enrollees and the drop in the demand for nurses. We are positive that this program will be in demand again in the near future.”
San Beda College Mendiola (Manila), which phased out its basic education unit several years ago, will be offering Grades 11 and 12 starting this school year. For students wanting to enroll at SBC, “this will serve as their entry to the college,” said vice dean Joffre Alajar of the College of Accountancy and Business.

No retrenchment in San Beda

Alajar said the Benedictine fathers who run San Beda did not want to retrench faculty members. “Some affected teachers opted to avail of early retirement packages while others are considering senior high school teaching jobs, even with lower pay,” he said.

Offering SHS would reduce the impact of K-12 on faculty. It would also make use of existing facilities and resources that would otherwise be idle because of the few freshman enrollees, he said.

SHS, Alajar said, would be handled by both basic education teachers and college faculty. San Beda is offering the Academic Track.
Since Miriam College was already offering basic education, from preschool to high school and “is not fully dependent on the college for income,” president Rosario Lapus said. Inquirer story that she hoped the school would not be heavily burdened by the temporary absence of freshmen.

“It’s a matter of coming up with a sufficient number of strategies that will allow us to survive and do well during those lean years,” Lapus said.
Like other higher education institutions, Miriam will also have college faculty members teaching SHS classes. Dr. Edison Fermin, Miriam high school principal, said some SHS subjects would serve as introductory to college degree programs and would be credited in tertiary courses. SHS is offering the Academic Track to prepare students for college, specifically in Miriam.

Lapus said Miriam was considering various continuing education and certificate programs to make up for the loss of college freshmen income and also to keep busy faculty members, who would have little or nothing to do. She said they might also develop programs for nontraditional students.

Despite the disruption caused by K-12, Lapus believed it was a reform that “will bring value and benefits to the country and schools because it makes us globally competitive.”

Adamson University adopted DepEd’s K-12 program starting in 2011. It will start offering SHS-Academic Track starting this year.
The University of the Philippines system, while not completely dependent on school fees, was also expecting a drop in freshmen enrollees in the next two years, at least.

In fact, Rene Estremera of UP Mindanao said the rippling effect of the reduction would probably be felt until 2018-2021. He said, to prepare for the major change, “UP Mindanao, together with the whole UP system, is reviewing and revising all our degree program offerings. Some courses (subjects) will be removed (from the college curricula)—those that will be offered in junior and senior high schools. This has led to the resequencing of certain courses (subjects) within a degree program.”
The removal of some college subjects, he said, led to expectations that some undergraduate programs could be completed in less than four years.
Estremera said UP academic departments were taking advantage of the drop in enrollment to pursue faculty development, scheduling graduate and post-graduate studies for teachers. Teaching loads were also being reviewed.

Estremera said, as far as he knew, UP had a fund to support doctoral studies that could be made available by the university president. Internal and external scholarships could also be offered, such as those from the Commission on Higher Education (CHEd), he said.

The University of Makati (UMak), which is funded primarily by the city government, has also opened SHS. In fact, on DepEd’s request, UMak, which did not have a basic education program, piloted SHS in 2012-2013, drawing almost 5,000 students to its Grade 11, of which 4,000 were local residents.

Some of the enrollees had actually graduated from high school. But, unable to go to college and with little prospect for employment, they decided to take the additional two years of free schooling.

UMak president Tomas Lopez said the additional two years would be an opportunity to raise competencies for immediate employment or for college education. The university offers the four main SHS tracks-Academic (college preparatory), Technical-Vocational, Sports and Arts, and Needs of a Locality/Community.
De La Salle University president Br. Raymundo Belardo Suplido, FSC, said CHEd was preparing a budget to assist schools that would suffer from a drop in enrollment to cushion the impact of K-12 on the faculty, through educational assistance for advance studies or immersion in industries.
Resources and facility sharing was also being considered—bigger institutions helping smaller schools. Some full-time DLSU faculty members, for instance, might be seconded to other schools, Suplido said.

He said DepEd, Department of Labor and Employment and the Technical Education and Skills Development Authority (Tesda), in a joint memorandum, were also allowing transition contracts, provided affected faculty members and the union, if there was one, agreed.
College teachers, who would be asked to handle SHS subjects, have five years to pass the Licensure Examination for Teachers (LET) administered by the Professional Regulation Commission (PRC) if they decide to remain in the basic education level.

Dr. Peter P. Laurel, president of LPU-Batangas and former president of the Philippine Association of Colleges and Universities, said private schools should also consider offering short-term courses under the jurisdiction of Tesda.

The government is helping private schools boost enrollment for their SHS by expanding the voucher program that grants subsidy to public school students enrolling in private institutions.

As for teachers, CHEd is offering scholarships for graduate studies and professional advancement.

The commission said only 50 percent of Philippine higher education faculty members had graduate degrees. Vietnam and Malaysia, to name just two members of the Association of Southeast Asian Nations, had 60 percent and 69 percent, respectively.Higher education institutions could also avail of grants to upgrade their programs.

In coordination with DepEd and in partnership with Philippine Normal University, CHEd is also “undertaking a SHS support project to ensure high quality of teaching.” The program will develop teaching guides that will be made available in print and online for SHS teachers in both private and public schools. They will contain teaching strategies, guide questions and curated references.

Teacher training will retool modules to equip SHS teachers with the skills to provide students with college readiness and independent thinking skills, prepare learners for higher education and lifelong learning.