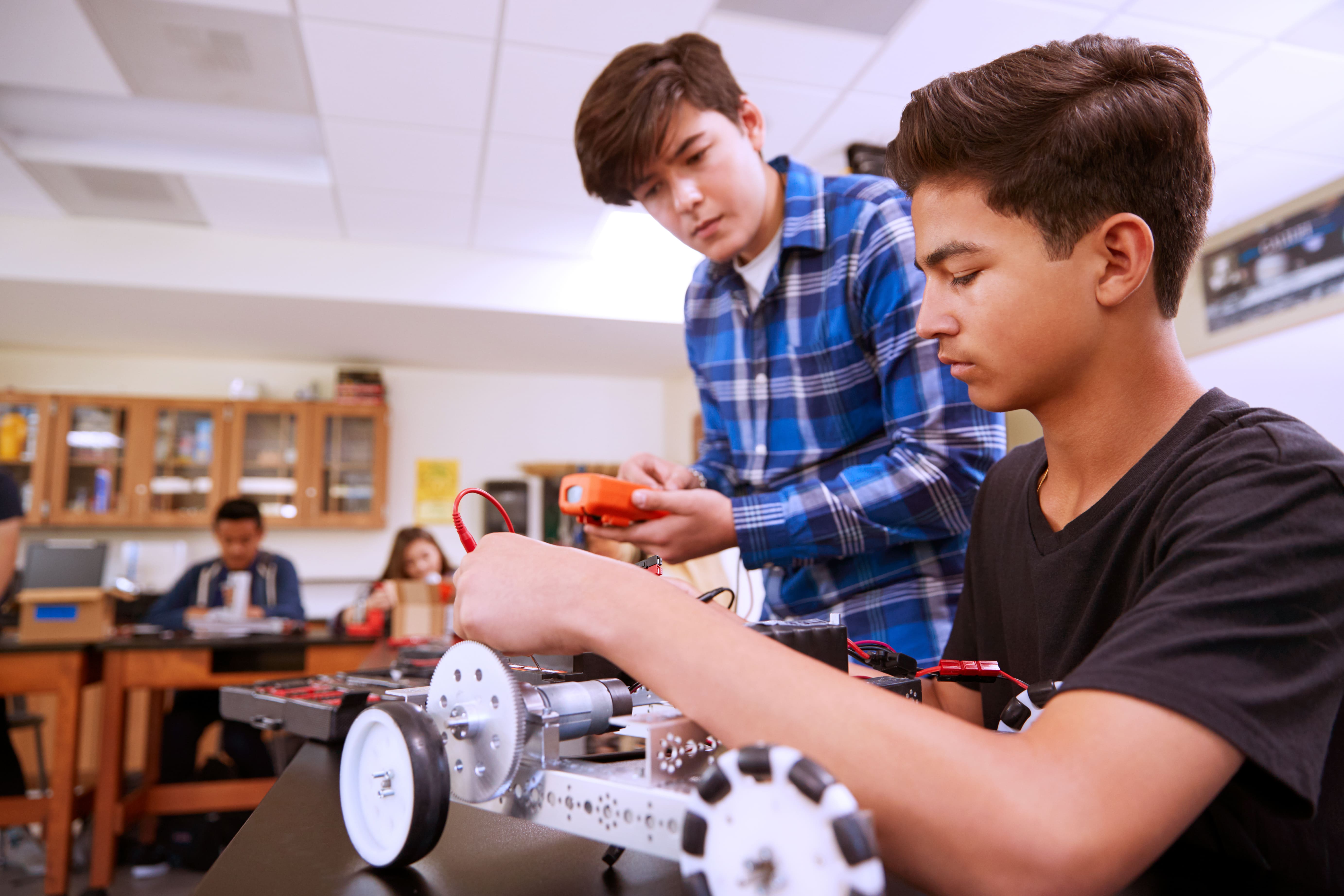 There are many initiatives that encourage young people to pursue STEM. After all, we believe that the youth are our future. This belief is proven true by young, innovative, and creative students pursuing STEM. From superhero suits to dengue detection, these inventions were made by students like you!

The suit that makes you a superhero

Ever wanted to be a real-life Spider-Man? Your dream is close to becoming reality because of the “Spidey Suit” developed by engineering students from Utah State University in 2012. The technology was developed for Special Forces military so that soldiers can climb any wall without ropes or harnesses.

The device that harvests energy from walking

Modesto recommends the device for runners and hikers, but has also designed a version for PWDs.

Because of this invention, Modesto was able to qualify for the Robotics Games Google Olympiad in Japan.

The kitchen that makes healthy meals

Students from the Massachusetts Institute of Technology invented a tiny kitchen that has a fridge, dishwasher, stove, and a robot chef! It’s called the Spyce Kitchen and is equipped with sensors that enable the robo-chef to measure and cook ingredients.

The student inventors said that they wanted healthy meals and better nutrition within their student budget, and that’s how the invention was born.

The backpack that scans a building

If you thought Dora’s backpack was awesome, then you will be amazed by this backpack that gives you a 3D scan of a building’s interior. The backpack, which was invented by UC Berkeley students, has laser scanners and sensors that capture images of building interiors.

The kit that detects dengue

Dengue is a dangerous disease that must be detected and treated as early as possible. Students from the University of the Philippines, led by Dr. Raul V. Destura, invented a kit for dengue detection. BIOTEK-M is a test kit that detects dengue within an hour.

Plastic rings that dissolve in water

The recent move to ban straws and use metal and bamboo ones is caused by the fact that they harm turtles and small marine animals. However, there are still many more plastic wastes that end up in our ocean.

This is why a group of 12-year-old girls invented a plastic ring carrier that dissolves in water in a matter of seconds. Because of the invention, the girls emerged as runner-up in the First Lego League Global Innovation Award in Virginia in 2016.

The future definitely looks bright because of young people who are already making significant changes to the world. If these young people can do it, so can you! Remember to be creative and keep exploring possibilities!

You can also check out Edukasyon’s STEM page now!