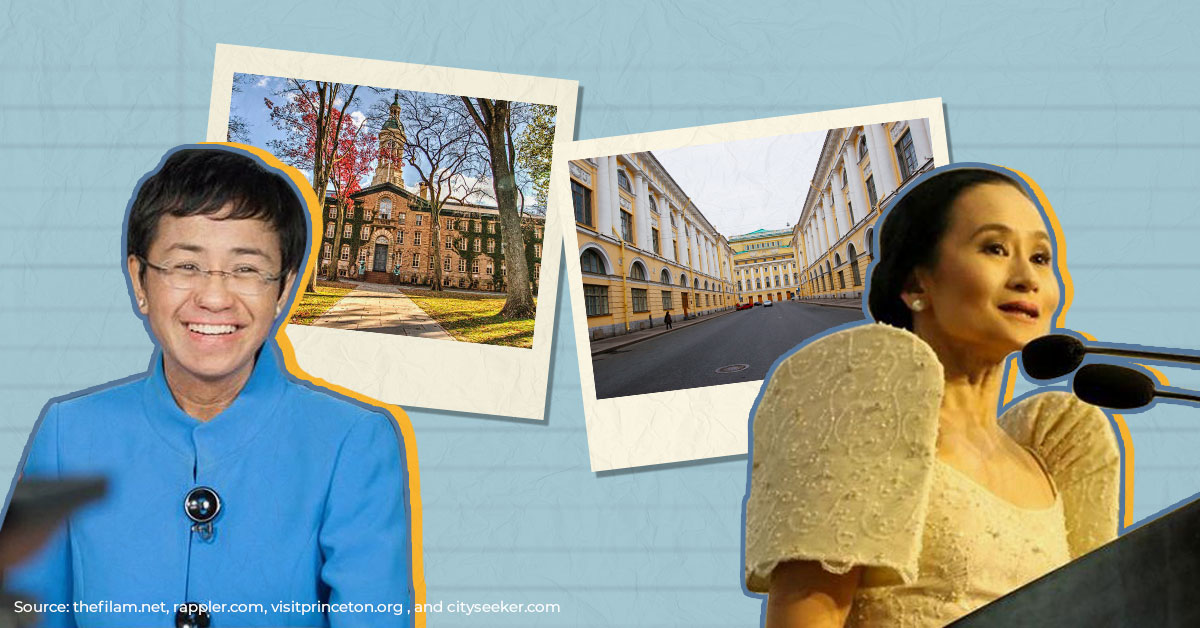 Share this:
Share on Facebook Share
Share on TwitterTweet
Share on Google Plus Share
Share on LinkedIn Share
Send email Mail
According to the Commission on Higher Education (CHED), the number of Filipinos who are studying abroad has doubled in the past ten years. It shouldn’t come as a surprise that they come back to the Philippines and give back to our community. There are so many Filipinos out there who use their time abroad to hone their skills. Afterward, they return to the country better equipped to contribute to society.
Are you considering studying abroad for your undergraduate or master’s degree? Why not learn about the Filipinos who managed to make the most of their journey? Check out our list of modern-day heroic Filipinos who pursued their education overseas:

Before Jesse Robredo became the mayor who helped clean the streets of his city following a typhoon’s visit, he was a graduate of De La Salle University. He went on to take a Masters of Public Administration from Harvard University. Under the John F. Kennedy School of Government, Jesse was accepted as an Edward Mason Fellow and graduated from the program in 1999. He’s known for having served six terms as Mayor of Naga City in Camarines Sur. Moreover, he was the first Filipino mayor to be given the Ramon Magsaysay Award for Government Service in 2000.

You probably know Maria Ressa as the woman behind Rappler, but did you know that she graduated from Princeton University? One might have expected the world-class journalist to have studied journalism. Instead, she took up molecular biology and theater as an undergraduate. Following her stint at Princeton, she won a Fulbright Fellowship for political theater. She went on to get a master’s degree at the University of the Philippines Diliman. Maria is a powerhouse who is currently working to combat fake news, recognized by Time Magazine as a ‘Person of the Year 2018’.

Natasya is a woman to watch. Apart from being a member of the founding team of Rappler, she is currently the editor-in-chief of VICE Asia. Given her platform, she has reported on human rights and women’s issues in Southeast Asia. She attained her Bachelor’s Degree in Psychology from none other than Yale University, where she was also a Yale Journalism Scholar. Some of the several journalism fellowships she has received are the 2015 Asian Journalism Fellowship in Singapore and the 2014 Reporting ASEAN fellowship. To top it off, she has also gotten the 2015 Hildegarde Award for outstanding women in journalism.

Lisa Macuja-Elizalde is the current Artistic Director of Ballet Manila and a graduate of the Academy of Russian Ballet at Saint Petersburg. She was the commissioner of the National Commission on the Role of Filipino Women. She rose to fame as the first foreign soloist to be part of the Kirov Ballet—a classical ballet company in Russia. Fun fact: she was the recipient of the Order of International Friendship by Russian President Vladimir Putin back in 2001. This award is given to individuals who strengthen relations between the Russian Federation and its people.
Now that you’re finished reading, are you feeling inspired by these heroes and their stories? They all honed their talents abroad then went back to give to the Philippine community. That’s what makes them modern heroes. So if you want to go study abroad, we hope you remember to use whatever you learn to give back to our beloved country.

Feeling inspired to study abroad? We got you! Check out the Study Abroad section on our website, and register at Edukasyon.ph now!