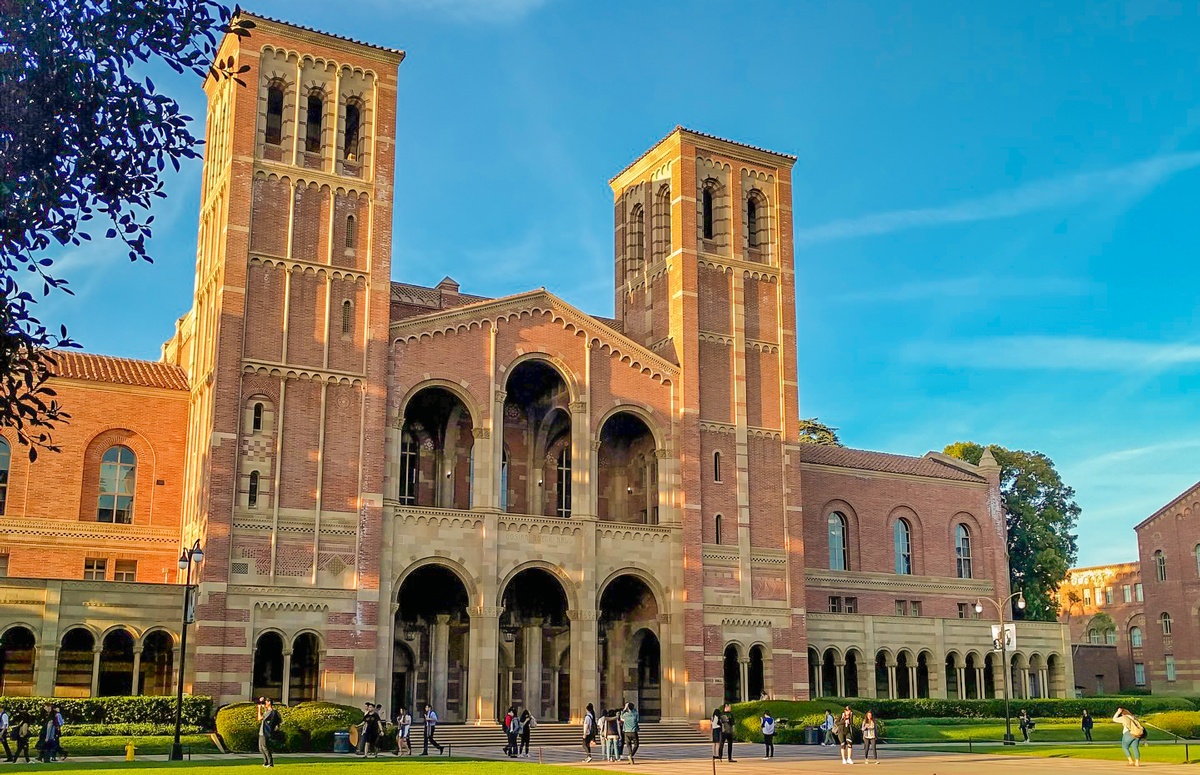 There’s more to L.A. than its sunny weather and bustling entertainment industry, it’s also home to one of the world’s best universities: the University of California Los Angeles (UCLA).

Established in 1919, UCLA is a leading public research university in L.A. known for being the top college choice of high school seniors all over the United States (U.S.), with more than a hundred thousand applications every year. This comes to no surprise since the school consistently proves its track record in the university world rankings, placing 12th in the U.S. for academics and 9th in the world for reputation. How can you NOT want to be part of the Bruins? (that’s UCLA’s nickname, btw!)

With its own list of proud alumni such as Nobel Laureates, Chief Scientists of the U.S. Air Force, Field Medalists, and more, no wonder even Filipinos vie for a spot on campus. Do you know of any kababayans studying in UCLA? Because we’ve got five UCLA graduates on the list who will make you wave the Philippine flag real quick!

Proud supporter of the Fil-Am community, Giselle Anne Töengi-Walters a.k.a. G Töengi, is an actress, dancer, and singer who you might remember well from the Philippine TV classics Enteng Kabisote and Mulawin.

She moved to the U.S. with her family in the early 2000s, and went back to pursue her studies—a role she finished well with honors at the UCLA where she took a Communications degree in Mass/New Media with a double minor in film and theater. She was even the Philippine flag bearer on graduation day! Currently, she’s enjoying her life as a wife, mom, entrepreneur, and TV host of a daily program for the OFWs.

You cannot be Filipino and not love basketball. And that’s just one of the many reasons why Raymond Townsend’s name screams Pinoy Pride loud and proud! This retired professional basketball player is the first Filipino-American to play in the NBA. (If you dream of playing for the NBA, this is the sign.)

Before he played hoops for the Golden State Warriors and Indiana Players as a point guard, he first threw three-point shots for the UCLA Bruins in college where he studied Bachelor of Science in Sociology. Fast forward to the present, he’s using his legacy to encourage more Fil-Am athletes to join him in the NBA roster. Awesome!

Tangled. The Princess And The Frog. Wreck-It-Ralph. Zootopia. These aren’t just a roll call of our favorite animated movies. It’s a roll call of Josie Trinidad’s eyes, mind, and heart from script to screen. Born and raised in the U.S. but a true blue Filipina, she is raising the Philippine flag high as Disney Animation’s Head of Story. (We gotta thank her for the films!)

Her love for storytelling compelled her to pursue a degree in English Literature and Fine Arts at the UCLA, and Character Animation at California Institute of the Arts. Today, she’s still living the Disney dream as she oversees a team of creatives set out to give us our next Disney fave film.

When it comes to representation in the U.S., we, Filipinos can count ourselves covered. All thanks to Anthony Ocampo! This award-winning writer, scholar and sociologist raises the banner high for different races, immigrants, and the LGBTQ community through his discourse and lectures (he’s a prof too!). He even published a book about it entitled “The Latinos of Asia: How Filipino Americans Break The Rules of Race!”

With an undergraduate degree in Comparative Studies in Race and Ethnicity, a master’s in Modern Thought and Literature at Stanford University, plus a masters’ and a doctorate in Sociology at UCLA, you can sure bet he knows what he’s talking about!

Last June, Patricia finished her seven-year adventure through college with flying honors. Talk about grit! Starting out at the University of the Philippines Los Baños and Palomar College with a degree in Biology, she went on to UCLA to finish her Bachelor of Science in Molecular, Cell, and Developmental Biology, Minor in Biomedical Research studies at the top of her class. How can we not be proud?

Reading about Filipinos who are making waves in the best universities around the world like UCLA can leave us either inspired or discouraged—inspired that they made it, discouraged that you might not have what it takes to follow their steps. We say, you can too! And the only thing left for you to do is to take that first step!

Want to know more about UCLA and other schools abroad? Learn more about courses, schools, and scholarship opportunities available for you. Head down to our Study Abroad blog section at Edukasyon.ph now!