MANILA, Philippines – Studying abroad is something a lot of us dream of. The opportunity to travel and see new places, meet new people, and see things in a different perspective – it’s like living a whole new different life.

But one thing that is definitely not easy about it is hitting the “pause” button in your life. You will have to put everything at home on hold while you’re studying. You will also be very far away from your friends and loved ones for a long time.

Despite the cons, there were 26 who were brave enough to embark on an educational journey under the Erasmus Mundus scholarship program this year.

Erasmus Mundus is a cooperation and mobility program in the field of higher education that aims to encourage students from outside Europe to take advanced degrees in the EU. The program takes its name from Dutch scholar Desiderius Erasmus.

People, not necessarily students, are given funding to cover their study and living expenses for the duration of their course. The program aims to promote dialogue and understanding among young people around the world, and at the same time to strengthen the global links of European higher education. 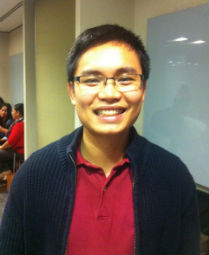 Kaiser is one of the lucky students. He’s enjoying a semestral break in Manila in the middle of taking up his Masters in Global Innovation Management. He spent his first year at the University of Strathclyde and by October, he will be flying to Germany to finish his studies at the Technische Universitat Hamburg.

He says the best thing about being an Erasmus scholar is the experience of being taught by the best professors. “One of my professors is among the the Editors in Chief of the Six Sigma journal,” he narrated. “He’s paid hundreds of thousands of pesos every hour and we get him two hours every week. So everyone is all ears when he’s talking. That’s the caliber of professors that I’m thankful to have during the course.”

Kaiser admits that dropping everything he had here in Manila for a year or two is hard. Before leaving for Glasgow in 2012 for the program, he was running a food retailing business. Being away from it will not ensure its survival so he had to close it down.

Also in 2012, Kaiser was being offered jobs in an engineering company in Manila and in Singapore. He says when he got the confirmation of his Erasmus Mundus grant he had to choose right away. Making such a big decision was not at all easy.

“Not everyone has the opportunity to study in Europe. So when you’re given this amount of money to study in high-caliber schools — for me, the experience is already enough to take this leap. And not everyone will have this opportunity,” he says. 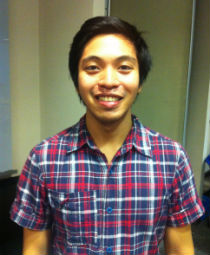 Gerald Marin, who is also the president of the Philippine Youth Environment Network, has big dreams for the Philippines’ agricultural sector. He landed in Paris last week and is now studying Food Innovation and Product Design atAgroParisTech.

“In the Philippines, the agriculture industry has the most employed but they are the poorest. So I think there is something wrong in the system,” he said. “I want to find out in other countries what they are doing then apply it here. Especially in France because they have a pretty strong agriculture sector. They export grapes. I want to find that particular exporting niche in the Philippines aside from the usual bananas and mangoes.”

Gerald said he plans to work in Europe for a year or two after his course to gain experiences. Prior to leaving, Gerald admitted to being excited about seeing Paris, the city of lights. A week into the program, Gerald already had the opportunity to drop by the Louvre and see the Mona Lisa. 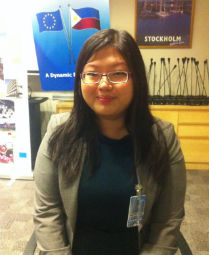 Kate Dy talks about studying the way a teenager would about her first boyfriend — enthusiastic, excited, and a bit giddy. She has just finished taking up her double masters in diplomacy and international relations in Australia through a scholarship grant from AusAid.

This year, Kate is off to Rome to earn her Ph.D. degree in Second Generation Human Rights.

And what will she be doing with such a degree? She will be taking it back to the Philippines where she plans to continue her teaching career. Before Kate left for her Masters, she was already teaching at the University of the Philippines. She intended to come back and teach this year but her grant for her Ph.D. was confirmed.

With her Masters Degree and her upcoming doctorate, Kate would have been a good candidate to become a diplomat but she says that she has been bitten by the teaching bug. “What I really love is teaching and studying. Through those two things, there is a constant flow of information between you and another person. I can’t imagine myself doing anything else.” 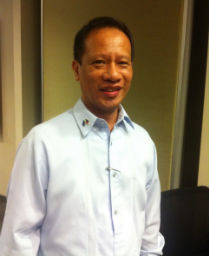 Celso Manana on was 43 years old when he joined the Erasmus Mundus program. He is now in his 50s, working for the United Nations Economic Commission based in Geneva. He’s here in the Philippines, heading the UN’s global center for Public Private Partnership Specialized Center on Health.

“You are never too old to study,” Celso said. He narrated that his experiences in the program helped him land the job he wanted while being able to give back to his country. The program also led him to get to know people from all over the world and from a good international network that is useful to his job.

“It’s something that has a certain level of fulfillment. It has something to do with how you are able to help your own government through an international organization and other countries as well. Although there are still some problems you need to work on, it’s really fulfilling to be able to conceptualize projects on health between the public and private sector that can be used as a model all over the world.” 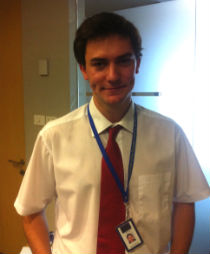 The Philippines is also attracting a lot of foreign students for educational and internship purposes. One of them is Vaclav Jilke from the Czech Republic who currently works as an intern for the office of the European Union’s delegation in Makati.

Born in Beijing, Vaclav spent his younger years traveling around Asia with his parents but he had to go back to Europe in 2004.

He studied college in England and was also part of the Erasmus Mundus program which brought him to Finland and France. He admitted that he started missing Asia that’s why when it was time for him to apply for an internship, he sent his applications to the EU posts in Asia, particularly in Manila.

“I’ve never been to the Philippines before,” Said Vaclav. “And I’ve traveled all around Southeast Asia as well so I thought it would be great to stay here for 3 months. I was right. I love it here.”

Vaclav highly recommends that students grab the opportunity to study abroad. “During University [college] and through life, you meet a lot of people from different places. And the only way you can truly understand these people is by going to their country and meeting the local people and really understanding immersing yourself into their culture.”

He said that having friends all over the world is also helpful when he travels and that most of his friends from different countries are the ones he met while studying abroad. Vaclav added that experience is a great teacher and “when you travel, that’s when you experience.”

Here are some tips for making the most out of studying abroad:

Want to study abroad? Here are some scholarships being offered on a regular basis:

And there are a lot more out there available for Filipinos who wish to pursue their education abroad.

It sure does take a lot of courage to embark on an educational journey on your own but it is up to you whether the sacrifice of hitting that “pause” button in your life is worth the rewards — better education, having a global network, and chances of getting a better job here or abroad. – Rappler.com

Source: As published on September 7, 2013 : http://www.rappler.com/move-ph/issues/education/38070-studying-abroad.