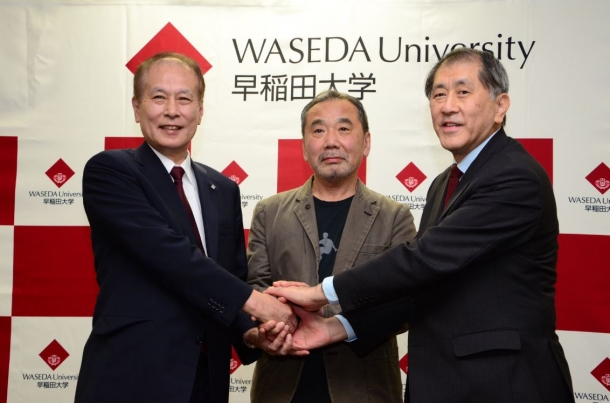 Last year, best-selling author Haruki Murakami spoke of his plans to share his personal archives with the world. In a rare press conference held in Japan, Murakami announced that Waseda University will house his personal archives – which consists of his novel drafts, manuscripts, translation work for English novels, and a large collection of music.

“I’m more than happy if those materials can contribute in any way for those who want to study my works.” Murakami said in his 2018 press conference.

Haruki Murakami has had an acclaimed and prolific career as a writer. The documents in his personal archive alone have been accumulating for nearly 40 years. Now that he’s 70 years old, Murakami admits that the storage and safe-keeping of his works have been a concern.

“I have no children to take care of them and I didn’t want those resources to be scattered and lost when I die. I’m grateful that I can keep them in an archive.”

Waseda University initially planned on building a facility called the “Murakami Library” for the archive. As a result, the concept to build an international research center for scholars to make in-depth research on Murakami’s works was formed. This idea is turning into reality with the recent announcement of the construction of the Waseda International House of Literature.

Are you curious about the university where Haruki Murakami honed his craft?