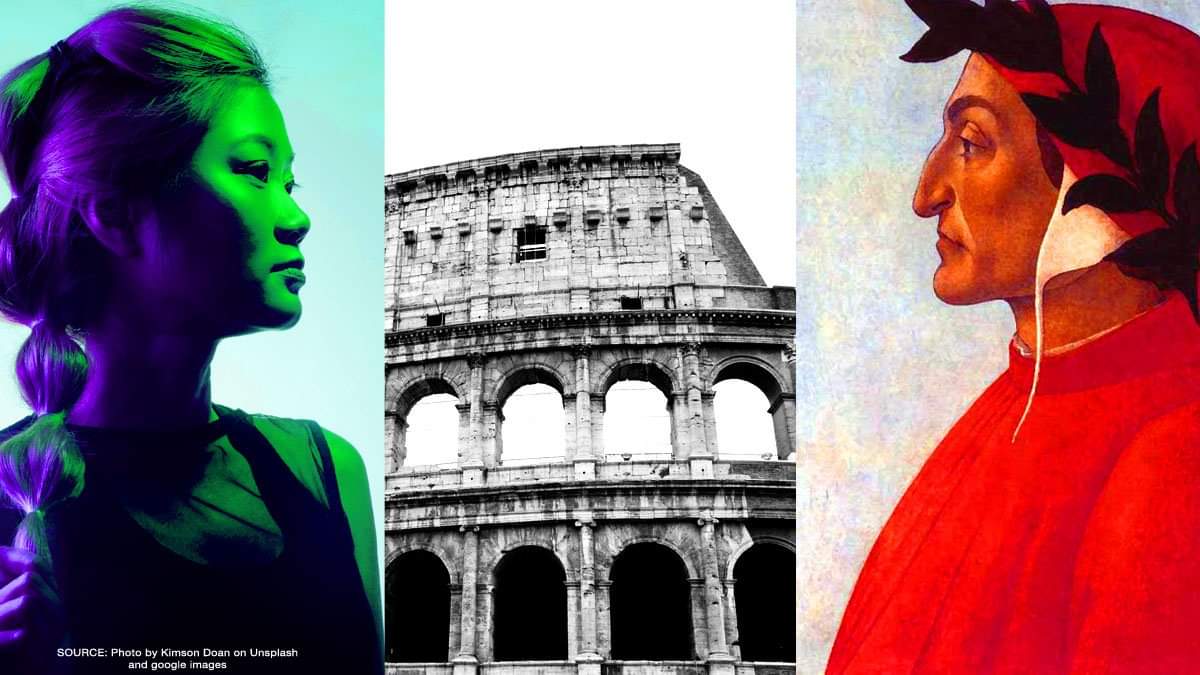 At some point in our lives, we begin to long for breaks from our daily routines or maybe even an entirely fresh start. We all have that itch of exploring an unfamiliar place similar to what we see in korean drama storylines and romantic comedies. But as reality hits these dreams seem to be far from reach – but are they really? Maybe it’s time to take that leap of faith and never look back!

To get a glimpse of this life-changing opportunity, let’s dive into a reflection from Junior Health and Human Science major Lauren Pritting about her experience in the Loyola Marymount University Summer in Rome faculty-led program in 2017:

My summer program in Rome was definitely one of the greatest experiences of my life. I was able to grow as an individual and become more independent, adventurous, and open to new discoveries – one of which was an introduction to the rich literature of Italian culture. Not only was I given the opportunity to learn about an incredibly beautiful country but I also had the chance to appreciate the work of Dante Alighieri, one of Italy’s most influential personalities in Roman history.

This occasion came about as one of the classes I took while in Rome focused on Inferno. ​ ​In summary, Inferno​ centers on Dante himself as he undertakes a spiritual journey together with Roman Poet, Virgil. Dante is guided by Virgil through Hell and it’s nine circles, in which from a reader’s perspective sparks familiarity given that it is parallel to the seven deadly sins. Having a universal theme, the epic poem remains relevant in modern literature, studied by scholars globally in the present day despite it being written in the fourteenth century.

In class, we read the book from cover to cover and unpacked the meaning behind every word, sentence, and paragraph. The course was challenging but the topic was remarkably interesting that it made the work all the more engaging. With Inferno​ ​, it’s evident that Dante Alighieri had driven inspiration to his origin and culture. The people, the streets and the events of Italy bled through the pages through every sentence he wrote. Luckily for me, experiencing Italy first hand made me understand his point of view on a deeper level.

Towering over the city’s sidewalks, the buildings line up the streets as hundreds of people live their day to day,  somehow in perfect sync that it’s almost harmonious and peaceful to witness. The scent of fresh Italian cuisine and the pleasant noise of chit chat made the present moment something to die for. The longer we got to immerse ourselves in Italy, the more it all made sense. Dante’s influence through his work has ultimately shaped modern-day Italy.

Today, it’s impossible to come across a restaurant or cafe that doesn’t have framed phrases or quotes hung up against the wall, especially with the rise of Instagram and the digital age. Dante’s art, such as these, are spread on the walls of buildings and on the street corners. To make everything even more exciting, there were museums, posters, and houses dedicated to Dante. He was a household name. Generation to generation of Italian heritage knew exactly who he was and what he has contributed to society.

This instance explains the fact that while we were there, we found that all of Italy’s students read Dante

Alighieri’s trilogy, The Divine Comedy. The first of the trilogy is ​Inferno​, followed by ​Purgatorio​ and Paradiso​. Italy’s younger population spends most of their schooling years reading and learning the core ideas and takeaways from Dante’s work. Naturally, as profound and complex The Divine Comedy is, it would take a lot of rereading, understanding and analyzing to be able to internalize every detail.  Literature plays a significant role in Italy. The value people place on historical work – in this case, Dante Alighieri’s books, allowed the development of a revolution that continues to inspire many across the world. I’m grateful for the opportunity Loyola Marymount University has given me for this summer. Flying out from Los Angeles to Rome was a test of independence but a little courage goes a long way. I’m grateful to have experienced Italy the way Dante has, and I cannot wait to go back!

With today’s technological advancement, we can acquire information in seconds. Everything is accessible with one click. Though this technology is highly convenient, there can be disadvantages. The massive influx of content we consume tends to cause mental fatigue that we are unable to grasp the overall value of the knowledge we receive. At the end of the day, face to face and first-hand experiences allow learning to become more organic and intentional. Similar to an ebook tablet and a paperback novel, both are similar but incomparable. The smell and texture of the paperback pages alone make the reading an experience in itself. Likewise, undoubtedly we can learn from each other’s experiences but ultimately there’s no experience like our own.

During Lauren’s summer program in Italy, she got to witness Dante’s influence in the flesh which strengthened her interest and openness to welcome the unconventional. As far as Italy is portrayed in books and in the media, being there made her realize it was ​so much more ​than food and fashion. To put it into context, being in a completely different environment allowed her to get to know herself, empathize with locals and find peace in the present moment.

It’s now or never, go on that trip! Time is the most valuable resource there is; once it’s gone you can never get it back. That’s why most of us choose to invest in experiences rather than material possessions. When opportunities to learn and to step out of your comfort zone arise, take it. Who knows? You might enjoy the journey of peaceful confusion. ​ Exposure to a completely different culture allows yourself to become more accepting of​  people who are unlike you. Somehow weaving through unfamiliar streets and meeting unfamiliar people can bring out another version of you – a more empathetic, curious and adventurous young soul. Just like how we all were as children, the most mundane things were made fun. Feed your inner child and take the chance to discover yourself and embark on an adventure you’ll cherish forever.