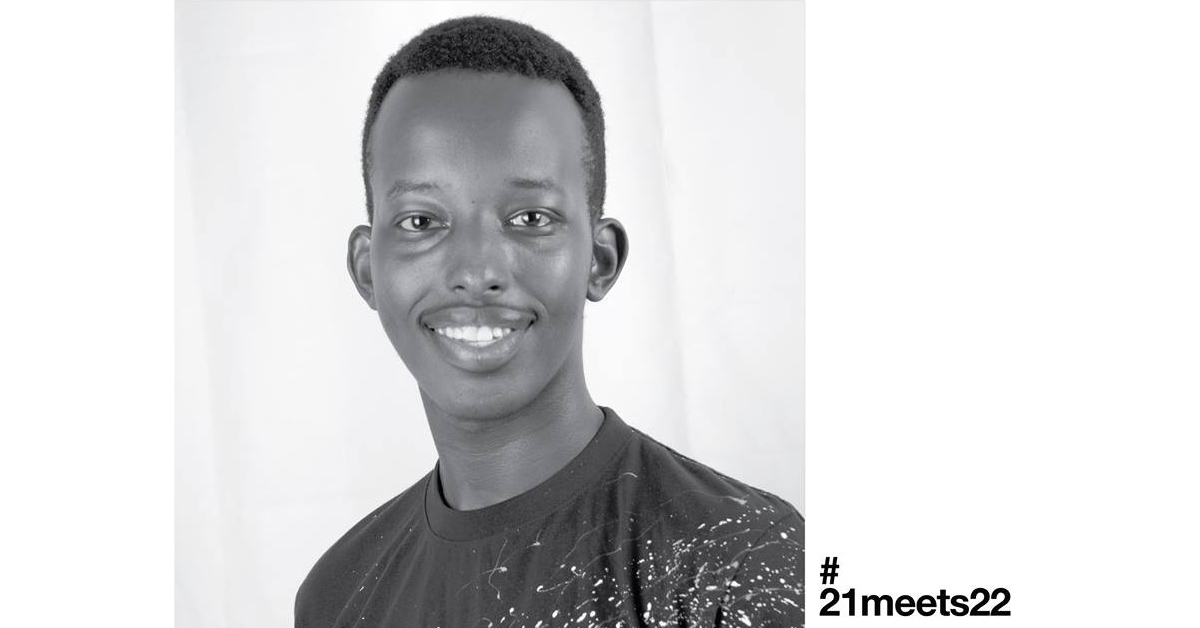 Share this:
Share on Facebook Share
Share on TwitterTweet
Share on Google Plus Share
Share on LinkedIn Share
Send email Mail
The #21meets22 photo series of Minerva explores the stories of Minerva students in the class of 2022 through interviews conducted by students from the class of 2021. Through fruitful human conversation, Minerva explores their life before attending Minerva, as well as getting to know their accomplishments, dreams, and aspirations.
Mark wanted to attend Minerva before he knew it existed. He had argued for a similar educational model at a high school debate tournament, citing high numbers of youth unemployment due to lack of skills as a reason to teach practical knowledge rather than rote memorization. So when he discovered Minerva during an outreach meeting at his high school and realized that Minerva was a college that champions the pedagogy he believed every student should experience, he was thrilled.

Realizing the innate potential in debate

That debate proposal is one of many initiatives Mark has advocated for in order to advance world equality. During elementary school in Rwanda, his home country, his classmates came from both high and low-income families. Observing that there were limited opportunities available for the lower-income students, Mark began a desire to help build a more fair world.

Mark started to find his voice as an advocate when he joined his high school’s debate team, Idebate Rwanda. The debate was a natural fit; he had a talent for analyzing issues, devising policies to address them, and delivering rigorously constructed arguments. Additionally, the debate also gave Mark an opportunity to hone his leadership skills. Because his team did not have a coach, he assumed the responsibility of organizing groups for tournaments and gave his teammates feedback on their argument

Before every tournament, the team practiced for five hours a day, seven days a week. When he walked home from practice, Mark would continue to analyze his arguments. He would refute and debate his own ideas until each argument was strong enough –– an investigation method he continues today.

Mark went to college in Uganda. While he didn’t debate at his university, he continued to explore new ways to create a positive social impact. For one project, Mark organized a group of elementary students and their community to improve the local school, which had fallen into disrepair. Together, they made simple renovations and improved sanitation in the area, giving the students a better place to learn. The Ugandan media picked up the story, which brought national attention to the issue of schools’ need for proper educational facilities. By fighting for change through actions and not just words, Mark hopes to “show that we are already [working for change by encouraging] the policymakers to do something about it.”

While he was passionate about social justice, he decided to major in mechanical engineering, which has a clearer professional path. It wasn’t until he attended the Mastercard Foundation Scholars’ Program at the University of Edinburgh that he realized he could make a career through leadership and problem solving as well within the social impact sector. At the program, Mark collaborated and conducted research with other students from Africa and local Scottish youth for Broomhouse Center, a non-profit organization. This catalyzed a mission to follow his passion and combine it with his analytical skills to pursue a profession as a changemaker.

From there, Mark decided that it was time to transfer to Minerva, a place where he could continue his journey in social impact. At Minerva, Mark is excited to collaborate with a community of international students who are just as passionate about using their critical thinking and communication skills to address global challenges. I’m sure that as he learns in the way he advocated for years ago, he’ll continue to raise his voice and grow as a leader, as well.

“From a young age I was exposed to the diversity in living standards, so I want to bring equality to the world. There is no better way to do that than by giving opportunities to young people.”

If you have a similar story with Mark or can resonate with his values and goals, you are highly encouraged to apply at Minerva, and join Minerva South East Asia group at https://www.facebook.com/groups/MinervvaCommunitySouthAsia/ to learn more about them and stay updated for coffee hangouts, online meetings, and more.

Passionate about critical thinking and communication skills? Minerva Schools at KGI is looking for students like you!