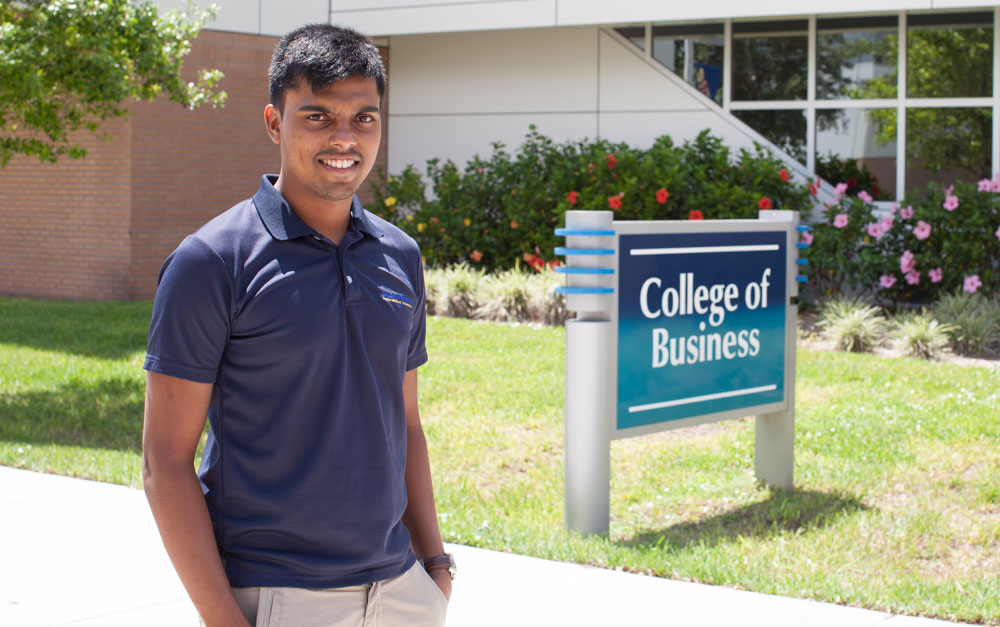 Aviation Business major Jason Leslie traveled to Embry-Riddle’s Daytona Beach (Florida) Campus in the spring to be adventurous and to meet new people. He also took advantage of the opportunity to study next to a flight line.

“I was always interested in being a pilot and am fascinated by planes,” he said.

While Jason’s career goals have changed over time, he still looks forward to working in an aviation/airport environment like the one he studied in during his semester abroad in the United States.

One of the benefits of attending Embry-Riddle Aeronautical University, Singapore is the opportunity to interact with fellow Embry-Riddle students at the university’s U.S. campuses in Daytona Beach or Prescott, Arizona. The 16-week study abroad experience allows students to broaden their worldview by living in another culture, developing relationships with individuals with varying backgrounds, and learning in new classroom environments.

“Riddle gave me the opportunity to come here,” he said during an interview while in Daytona Beach.“Here, I’m studying next to a runway.”

During his semester in Daytona Beach, Jason took classes in airline management, production and operations management, project management and international business. He quickly noticed differences in the coursework due to the longer 16-week semester — opposed to the eight-week term he’s accustomed to in Singapore. Jason also learned that American students are highly engaged in active classroom discussion — which encouraged him to do the same.

Outside of class, Jason took advantage of his stay at a residential campus by participating in extracurricular activities like football. His fondness of the Chelsea Football Club in the English Premier League led to a friendship with a fellow Chelsea fan from Malaysia. Throughout his time in Daytona Beach, Jason discovered that students from different countries can still share many similarities.

“Singapore is not so different than other parts of the world,” he said.

While in Florida, Jason enjoyed the warm weather, a flight with a student pilot and American food like burgers, bacon and biscuits and gravy. However, he did miss Singapore’s spicy food.

All in all, Jason enjoyed his first visit to the United States — as both a student and tourist. He encourages other Embry-Riddle Asia students to take advantage of the study abroad opportunity to complement their studies in Singapore.

“Just be open about it. Everyone has different experiences,” he said. “It’s just an opportunity you should take.”