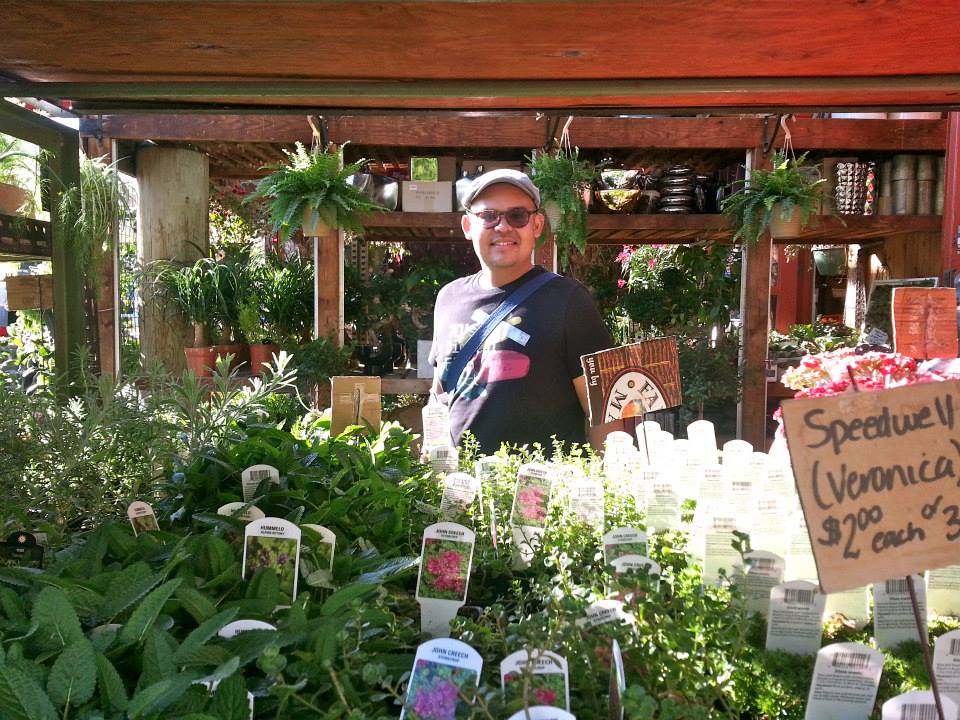 There is always one teacher that never ceases to amaze.

But the World Literature class of Sir Mark Adrian Ho is very different.

Mr. Ho has carefully curated readings in prose and in poems, classics and contemporary, short and long text assignments designed to be engaging and interesting. Class work is not the usual essay on reflection, but a game with an objective pointing system. The game is an active discussion, not about the author’s implied meaning but on the meaning the students found in reading. A different perspective. The sharpest and most imaginative group wins. After one session, you will be hooked.

That’s not the only thing amazing with Mr. Ho

“I live in a condo along South Luzon Expressway (SLEX). The view from my balcony encompasses the highway and the many billboards that line it. One night, while thinking of a play that I needed to write, I stepped out into the balcony and saw the same familiar scene that I always see: men working atop one of the billboards. In that moment, I thought: what a wonderful way of looking at the world! That idea, plus the news about a truck that fell off the Skyway about a year or two ago, was the inspiration for “Billboard”—a one-act play that tells the story of two billboard workers who witness a vehicular accident while working twenty meters up the ground,” shared Mr. Ho.

In a special correspondence, Mr. Ho happily shares his roller-coaster ride on receiving the news.

On winning 2nd for the Palanca Award

“The whole thing was actually quite surreal. Each year, the letters from Palanca that inform the winners of their win are usually sent out end of July. For an entire week, alright, two weeks, I kept checking my mailbox to see if I had received a letter from the Carlos Palanca Memorial Awards. When I didn’t get any, I had resolved to accept the fact that I didn’t win. It was disappointing, of course. I had high hopes that I would clinch a win as I felt I had sent strong pieces. But I figured the best way to deal with the disappointment was simply to forget about it and move on. So that’s what I did.

“Until August 17 happened. I was eating lunch in the college faculty when I received a notification on my phone. It was an email from a certain Leslie, a representative from the Palanca Awards, asking me for the name of my plus one or guest for the upcoming awards night. It made me very confused. I had already moved on so why was someone from the Palanca asking me for my plus one?! I immediately replied and asked for clarification.”

“About two hours later, after teaching one of my Philippine Literature classes, I checked my phone and got the reply; I had won 2nd prize for my one-act play and that a letter was sent out to me on July 27th, which was received by a certain Jennalyn Sagun on the 28th. What?! How come I didn’t get the said letter?! Where is the letter?! And who is Jennalyn Sagun?!”

“Then it hit me. The letter didn’t make it to my mailbox because it was hand-delivered and received by Ms. Sagun, one of the security guards in the condo where I live! And who, by the way, failed to endorse the letter to me! Imagine, the letter informing me of my Palanca win had been sitting unopened and collecting dust in the lobby of my condo for three whole weeks! If Leslie (God bless her!) didn’t email me to follow up on my plus one, I would not have known of my win early enough to make it to the Awards Night. I could have missed the awarding! And I certainly would not want to miss such a wonderful experience!”

“I have always been fascinated by stories that offer a different way of looking at the world—a unique perspective on life. Every time I encounter such stories, either from TV or social media or from stories shared by other people, I get a little bit excited. My mind starts to both wonder and wander. I imagine the story taking shape in my head and I would decide on the best form—a poem, a short story or a play—through which the said story should be told. Then I start writing.”

His advice to the budding Monarchs and aspiring writers:

“Always be open to and on the look-out for insights. This is my mantra: IDEAS, EXPERIENCES = INSIGHTS. Good literature always offers new insights, different ways of looking at the world.

Open your senses, your mind and your heart to ideas and experiences. Don’t limit yourself to a single point-of-view. Talk to people. Travel when possible. Read as much as you can. Learn about other cultures. Know about how others think. Get acquainted with how others feel. People, travel and books are our best resources for insights—for new ideas and experiences.”

The Palanca Award or Don Carlos Palanca Memorial Awards for Literature is the most prestigious literary awards in the Philippines. Established in 1950 to inspire and recognize Filipino writers, including poets, playwrights and screenwriters, and writers for children, the Palanca Award is the “Pulitzer Prize” of the Philippines. Unlike the Pulitzers, however, entries to the Palanca competition are previously unpublished pieces in their manuscript form.

Take your ideas and experiences to new heights at Southville International School and Colleges!

*This article was originally published at the SISC blog page with minor edits by the Edukasyon.ph team.