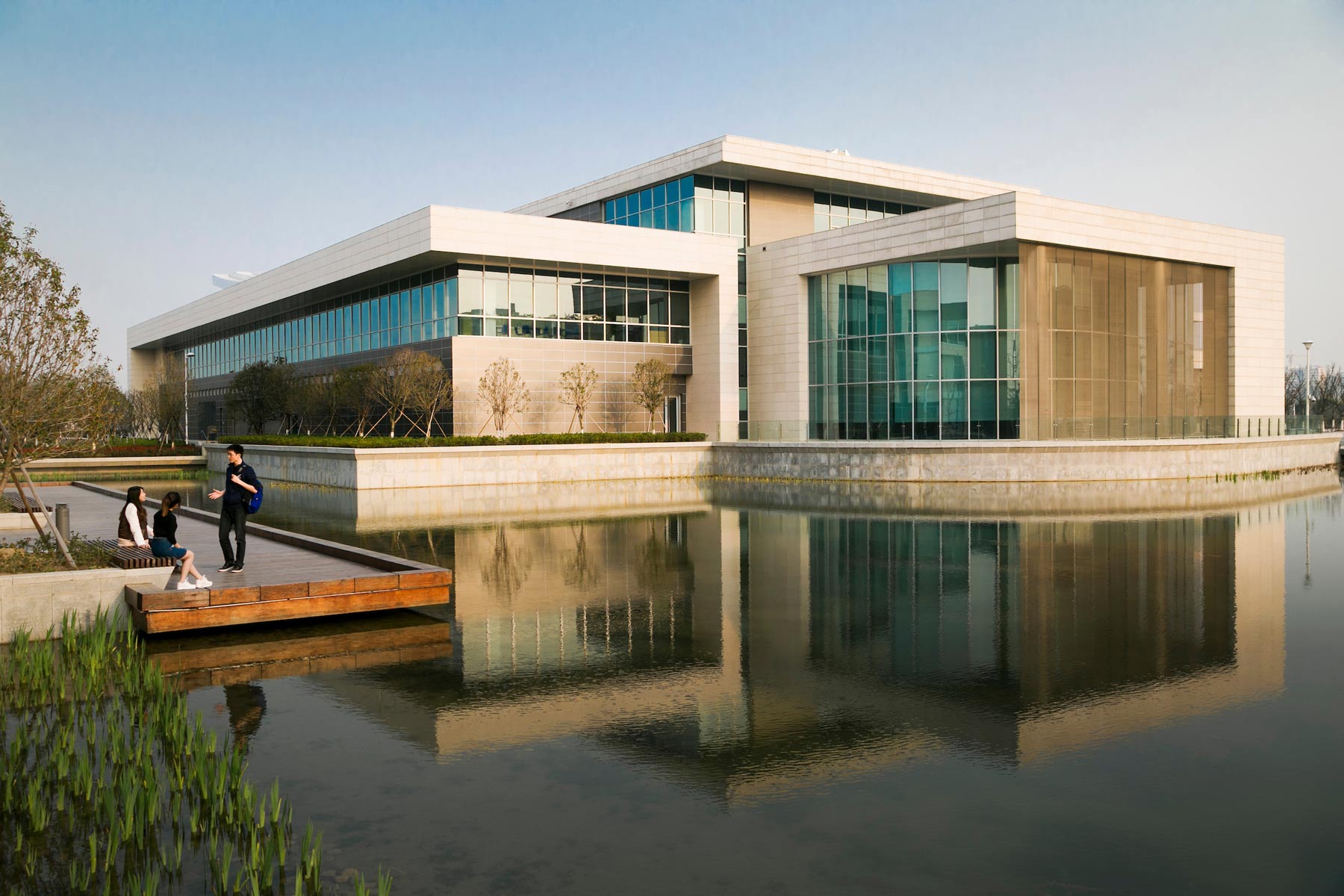 Among those in attendance that day was Peter Pickl, a math professor at the prestigious Ludwig Maximilian University of Munich, who was intrigued by the promise of this new joint venture between Duke and Wuhan universities. In particular, he was drawn to the curriculum’s focus on addressing real-world issues from a blend of academic perspectives. 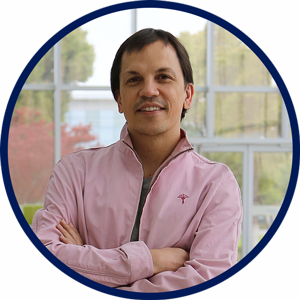 “I was excited about the possibility of being part of such a project,” Pickl recalled, “and to work and live in China, where the educational background of students is very good but the tertiary education sector is still developing.”

Two years later, Pickl is now living in Kunshan, one of more than 20 new faculty hires at Duke Kunshan University as it prepares to welcome its inaugural class of undergraduates. In August, about 225 new undergrads — 175 from mainland China and the rest from overseas — will be on campus; eventually, each first-year class will number roughly 500.

Pickl is part of the first wave of a hiring spree expected to eventually approach 120 full-time faculty members. Visiting faculty from Duke and other universities will round out the teaching corps.

“Coming from a university where I usually teach up to 500 students in a class, Duke Kunshan will give me the possibility to be closer to my students, get to know them better and improve teaching by a more holistic teaching philosophy,” Pickl said.

Indeed, Duke Kunshan’s new faculty are in an unusual position. They face a largely blank academic slate, no history or precedent to weigh them down as they create new courses that will look little like the usual courses at either American or Chinese universities.

“All the faculty share a common passion for this project. They really like the idea that they are part of a diverse, truly global university,” said Denis Simon, Duke Kunshan’s executive vice chancellor. “They like the idea of building it, developing it and watching it come to fruition in terms of the kind of graduates it produces. And they’re invested in the idea of Duke Kunshan as a highly interdisciplinary, very innovative liberal arts and sciences university in China.”

“We usually teach science in a way that nobody actually practices it today. We teach it in silos,” said Noah Pickus, a public policy professor and associate provost at Duke who helped lead the Duke Kunshan curriculum and faculty hiring process. “You learn physics and you learn chemistry and you learn biology, and then you’re supposed to pick one (as a major) and stick with it.”

But in the real world, scientists integrate those disciplines — in material science or global health or environmental studies — tapping a vast well of knowledge, noted Pickus, who is also dean of undergraduate curricular affairs and faculty development at Duke Kunshan.

Duke Kunshan By the Numbers 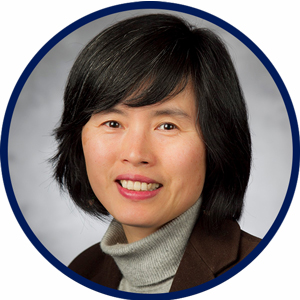 A team of Duke faculty developed the Duke Kunshan curriculum over a period of a few years, said Duke Kunshan’s vice chancellor for academic affairs Haiyan Gao, who is also a Duke physics professor and a member of the original Liberal Arts in China Committee (LACC) at Duke.

“Many of the ideas for these earlier sets of (15) majors came out of the original work of LACC,” but were later augmented and further developed by other faculty from Duke’s Trinity College of Arts & Sciences and schools of public policy, engineering, and environment, among others, Gao said.

The goal, she said, was an “innovative, integrated and interdisciplinary liberal arts and science curriculum designed to prepare students to meet the 21st-century global challenges.”

James Dobbins, the associate vice provost and director of the Office of Duke Kunshan University Programs at Duke, noted that “Duke Kunshan carries the same high quality as Duke but with a slightly different embodiment. The undergraduate portion of Duke Kunshan is designed to be more a liberal arts college than a major research university; however, it carries the ‘DNA’ of Duke.”

Dobbins added that adhering to this fundamental principle was key when hiring the new faculty.

“The faculty we are hiring must embody this unique blend of liberal arts and scholarly focus,” Dobbins said.

Some administrators see this new undergraduate program as something that a Silicon Valley start-up might undertake. Each scholar’s hard skills — intellectual mastery in an academic area — is important, of course. But so are myriad ‘soft’ skills and a willingness to embrace something new and somewhat unknown.

Miller, a religion scholar and faculty member, was drawn to this new paradigm, one he says he hasn’t seen before. The author of six scholarly books, Miller comes to Duke Kunshan from Queens University in Ontario, Canada, where he was director of the Cultural Studies Graduate Program.

“This will be different for me,” Miller said. “But the key problems the world faces at the moment can only be solved by people working across cultural differences, and across science and the humanities. We need people to work together. At a top school like Duke, we’re training the habits of people who may hold influential positions in whatever fields they choose. So as teachers, we have to model those habits we think are important.”

To that end, all new Duke Kunshan faculty this spring honed their teaching techniques through fellowships that allow them to tap into expertise from Duke Learning Innovation, a campus resource to help faculty improve their teaching.

It matters because Duke Kunshan won’t have a traditional class schedule either. Students there typically will take two classes at a time for seven weeks each; by comparison, Duke students in the U.S. take four or five classes at a time for 14 weeks each. The DKU classes will meet for twice the usual time each week and most of the classes will have fewer than 20 students.

And Fridays are set aside for co-curricular activities, such as faculty-led field trips or service-learning work, that take students outside the classroom to make connections between academics and the real world.

Dobbins, a professor of radiology, biomedical engineering and physics, calls building the Duke Kunshan faculty “one of the highlights of my own career, because how often does one get the chance to start a new university from scratch and hire an entire faculty de novo? This is a unique opportunity that those of us on the Duke faculty who are part of the search committees value as an extension of our own scholarly work. We are choosing our colleagues — who happen to live, teach and study in Kunshan — and who will build the next generation of thinkers and innovators in our fields.”

Administrators are pleased with the interest shown so far by faculty and students worldwide. About 1,300 people applied for Duke Kunshan’s 20-plus faculty positions. And letters of admission were recently sent to 251 high school seniors in 47 countries and regions. Additionally, 765 students from mainland China visited Duke Kunshan over three weekends in March for tours, lectures and other activities. The final make-up of the first class won’t be set until June after Chinese students take the national college entrance exam.

Math professor Pickl, for one, is excited to be part of this new endeavor.

“My new colleagues are exceptional. First, such an endeavor attracts a special kind of person, second, the Duke faculty made an impressive job in selecting candidates who are not only good scholars and scientists but also great team workers. Next to the integrated idea which is present at all levels of university life — teaching, faculty work, in particular, absence of institute-structure — I am excited by the closeness I expect to have with students and staff.”

*This article originally appeared on Duke Kunshan University website, with minor edits by the Edukasyon.ph team