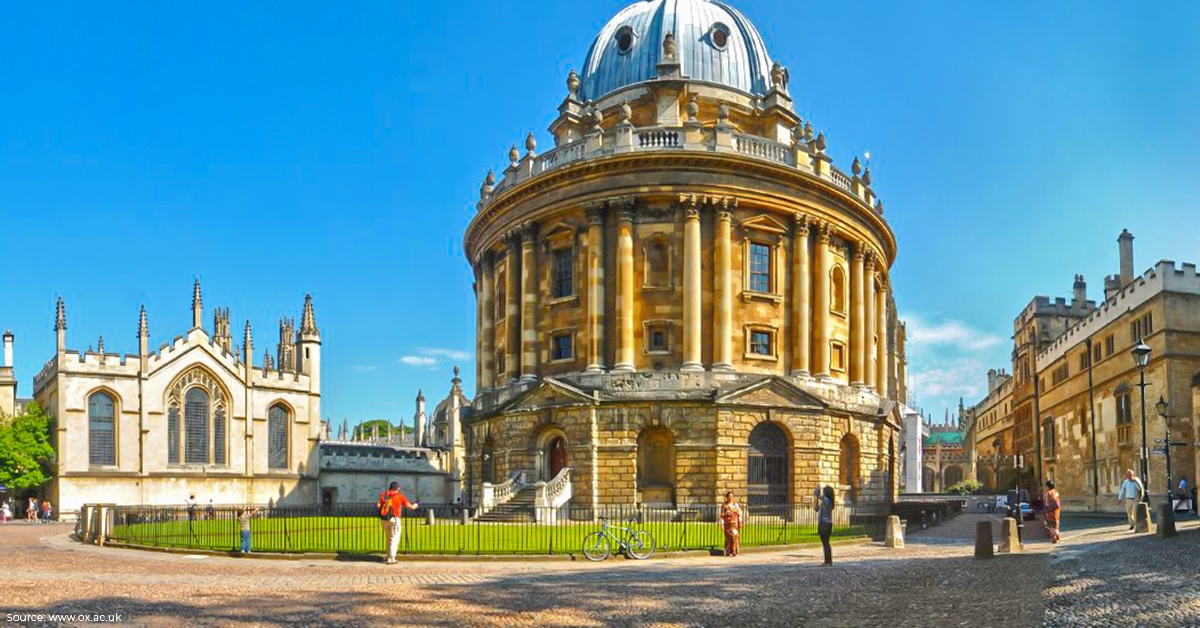 Did you know more than half a million international students study in the UK every year?

Yes, you read that right. Universities and colleges in the United Kingdom (UK) are attracting more students from all around the world, thanks to its reputation as a global workplace with world-class teaching and a multicultural society fit for a generation of diverse learners! Are you planning to study in UK, too?

If you’re looking into medical schools abroad, the UK is a great place to search for prospect schools! According to the QS University Rankings 2019, 39 out of 500 featured institutions are found in the UK. Impressive, right? To help you get started with your school hunting, here’s a quick rundown of the top 5 medical schools in UK!

Established around 1096, the University of Oxford is one of the most prestigious and oldest universities in the UK and the world. It’s more than 900 years old! This school is also a haven for scholars and readers alike since it operates the largest academic library and university press in the world. Amazing, right?

Oxford University Medical School was established in 1936 and is currently operating under the university’s Medical Sciences division. With a consistent top spot in the global rankings, the medical school boasts world-class teaching and excellent facilities for aspiring doctors.

If you’re interested in studying at Oxford, the school accepts 150 students every academic year for its standard medical course—the 6-year Bachelor of Medicine Bachelor of Surgery (BM, BCh) program.

Want to study at Oxford? Here are some Oxonians you might know:

Next on the list is the second oldest university in the UK, the University of Cambridge! This 800-year-old university is comprised of 31 colleges and more than 100 academic departments and schools. Don’t worry about getting lost though, since its preclinical courses are offered under the Faculty of Biology, and its medical school—the School of Clinical Medicine.

Should you study medicine at the University of Cambridge’s School of Clinical Medicine, you’ll spend three years of clinical studies in the internationally renowned Addenbrooke’s Hospital. Plus, you’ll have great exposure with the university’s partner institutes and research centers like the East of England’s Major Trauma Centre. Talk about hands-on training!

Want to study at Cambridge? Here are some Cantabrigian you might know:

UCL Medical School is known to offer the widest range of medical courses in the UK, and is one of the schools to accept a huge number of applicants—around 300 students to be exact! Despite a relatively large class size, the school ensures every student gets extensive training through its strong affiliations with teaching hospitals and research institutes around the country.

Want to study at UCL? Here are some UCL alumni you might know:

Formally known as the “Imperial College of Science, Technology, and Medicine,” ICL is a public research university in London with a specific focus on science, medicine, engineering, and business. In fact, it’s the only university in the UK to do so!

Imperial College School of Medicine (ICSM) was established in 1821 and are currently offering 3 undergraduate courses in medicine across its campuses and teaching hospitals. The school is also affiliated with one of the largest academic health science centers in the UK: the Imperial College Healthcare NHS Trust. That means more opportunities for experiential learning for you!

Want to study at ICL? Here are some ICL alumni you might know:

Last but definitely not least, another top-ranked medical school in the UK is the King’s College London, or commonly referred to as King’s or KCL. Founded in 1829, this public research university has expanded to five campuses across the city and is home to 6 medical research council centers. Now, research can’t get any realer than that! (KCL is known for its research excellence, btw.)

The college’s GKT School of Medical Education is considered as the biggest healthcare training facility in Europe with more than 300 newly-enrolled students every year. GKT is an acronym for its three campuses, namely: the Guy’s Hospital, King’s College Hospital, and the St. Thomas’ Hospital.

Want to study at KCL? Here are some KCL alumni you might know:

Here’s a fact: there can never be enough doctors in the world. The world needs a doctor like you! If you’re dead set on pursuing a medical course, the next big step is to choose the best school for you!

Whether you’re looking for schools in the UK or elsewhere, we suggest doing real research and weighing your options carefully. Don’t worry, we’re pretty sure you’re gonna slay it inside and outside the classroom… and the operating room!

Ready to study med? Check out hundreds of international schools here and abroad. And don’t forget to pack your bags with more tips and advice on life as an international students on the Study Abroad blog section at Edukasyon.ph!