University of California Los Angeles By The Numbers | Edukasyon.ph 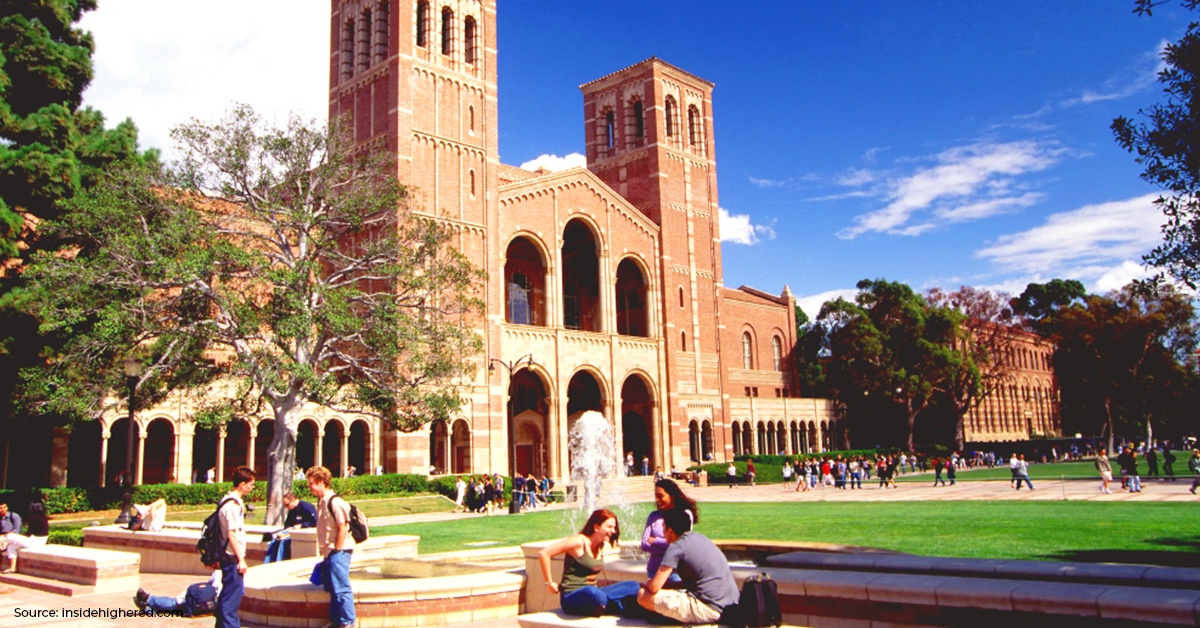 Are you looking for some sun and a whole lot of fun in college? If that’s a yes, then the University of California, Los Angeles (UCLA) might be the school you’re looking for!

If you’re searching for schools in the United States, specifically in sunny Los Angeles (L.A.), UCLA is one strong candidate you can’t ignore. UCLA might not be an Ivy League school, but it’s considered as one. Commonly referred to as a “public ivy,” the university boasts of quality education comparable to its private university counterparts. Think world-class standards without a world-class price tag!

Learn more about the university’s history and other cool facts to help you decide if UCLA is the school for you. Read on for a quick campus tour in this top-ranked university!

In 1919, UCLA was originally founded as the Southern branch of the University of California Berkeley until UCLA was elevated to co-equal status in 1951. Since then, UCLA has grown into a full-fledged UC campus with its own distinct academic programs. (It’s the fourth oldest UC campus. Next to UC Berkeley, UC San Francisco, and UC Davis!)

Speaking of history, UCLA is also considered as the only leading research institution founded in the 20th century—making 2019 extra special as the university celebrates its centennial year! Awesome, right?

With a yearly influx of college applications, UCLA is considered as the most applied-to university in the US. That’s why it’s no surprise how selective the admission process is. Imagine this: only 2 out of 10 students get accepted at UCLA. (But don’t worry. We have tips, tips, tips to help you ace your American College Testing or ACT!)

Before you panic and run away, look at the bright side! When you get admitted to this university, you will be part of an ethnically and culturally diverse community. Sounds like a great opportunity to meet new friends and learn different perspectives!

UCLA’s top-ranked programs include over 230 undergraduate and graduate programs offered in 7 academic divisions, plus minors and double majors to choose from! Most students find themselves studying biology, business economics, economics, political science, psychology, and psychobiology. Which course are you interested in?

In the QS World University Rankings 2019, UCLA impressively ranks in the 17th position in the global rankings and 25th position among American universities. UCLA’s ranking just goes to show how competitive the school’s academic programs are!

If you’re interested to apply at UCLA, here are subjects the school consistently ranks for in the QS World University Rankings:

The true legacy of a university lies in the quality of students it produces. Don’t you agree? If that’s the case, then UCLA’s legacy lives on through Nobel laureates.

A Nobel laureate is an individual or organization that is awarded a Nobel Prize, the world’s most prestigious award. It’s annually given to recognize outstanding works in chemistry, economics, literature, medicine, physics, and promotion of peace. Simply put, it’s awarded to the best of the best! American political scientist and diplomat, Ralph Bunche took home the first Nobel Peace Prize for UCLA in 1950.

Aside from Nobel laureates, UCLA has also produced Fulbright scholars, Emmy awardees, and a long list of leaders in every sector of society.

We’re calling it. UCLA is a haven for scholars and readers alike, with the school’s collection of over 12 million print and electronic publications to prove it! From archives, reading rooms to research centers, the UCLA library has got you covered. In fact, the collection is so comprehensive that it’s considered the 12th largest library in the US. Did you know you can actually find scrolls and clay tablets there? Sounds fascinating!

We already know UCLA students are bright students. But did you know they are athletic, too? (Apparently, it’s possible to be skilled at both.) Like good ol’ collegiate sports, UCLA competes in the Pac-12 Conference with other universities in the Western US. This includes sports events in basketball, track and field, soccer, and tennis to name a few.

The “Bruins,” UCLA student-athletes’ moniker, set an impressive record of 118 NCAA team championships. That’s more wins than any other public university! Just in case you need more reasons to cheer for UCLA, the Bruins also have a winning streak of Gold medals in the Olympics since 1920 (except 1924!). Guess you can really excel in both academics and sports!

UCLA is a huge campus! (Did you know it has 163 buildings?) While your worry about getting lost on campus is understandable, UCLA actually has student-friendly transportation you can rely on.

As part of UCLA’s effort to make campus life better for its students, the university has been operating a sustainable transportation program. This includes discounted carpool permits, subsidized transit passes, vanpools, and a campus shuttle system called the BruinBus. Now, there’s hardly any reason to arrive late for class!

P.S. UCLA also provides a shuttle for student dormers who need to do their grocery shopping on weekends. How amazing is that?

How’s that for a quick campus tour? If any or all of these fast facts interest you, we suggest you get moving and sign yourself up for a more in-depth look at UCLA! Who knows, you might just find yourself enrolled as a Bruin in the near future. *wink wink*

Interested to know more about the University of California Los Angeles and other universities in the US? Check out more schools on the website, and while you’re at it, read more helpful articles like this on the Study Abroad blog section at Edukasyon.ph now!