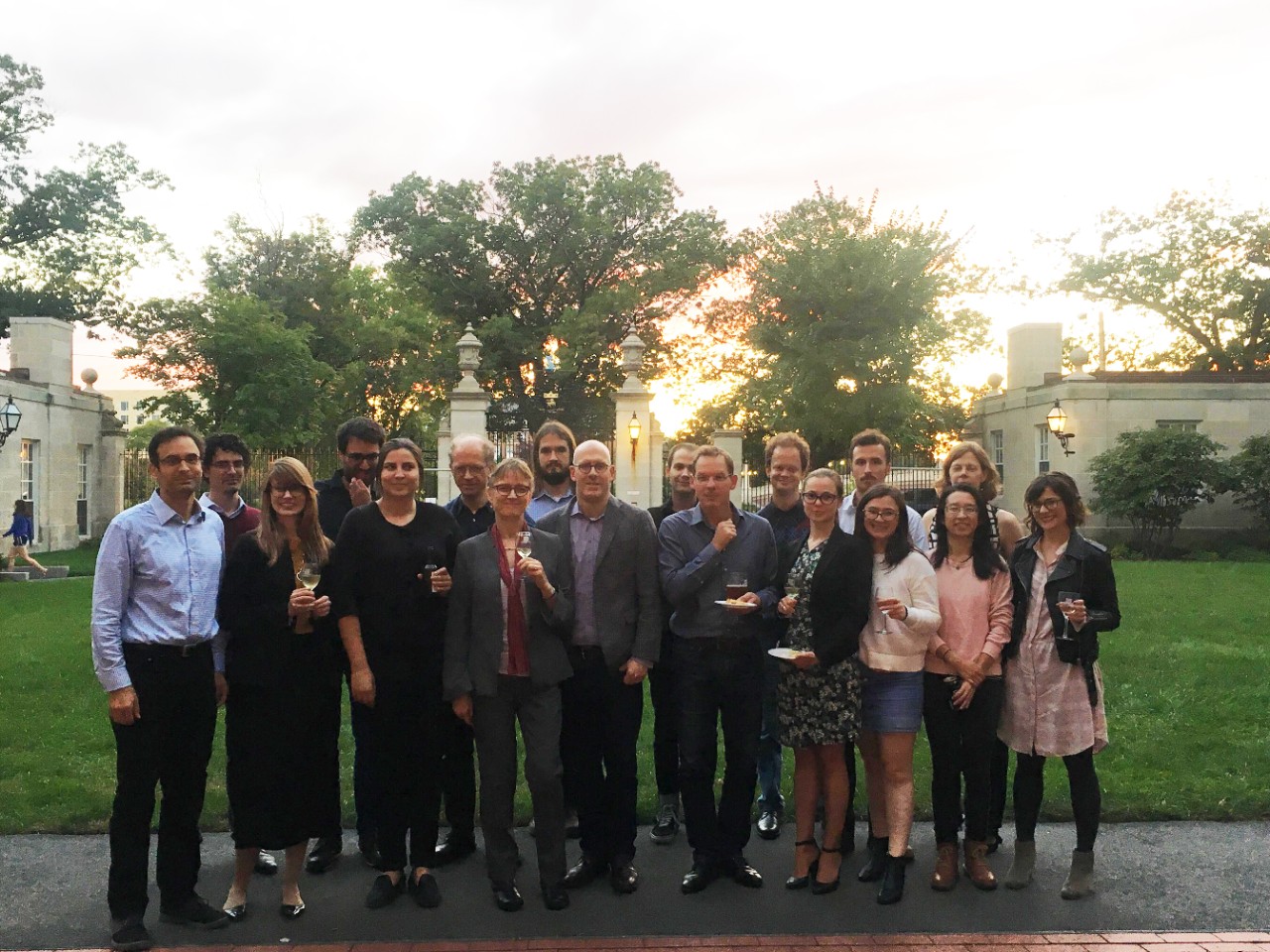 Accompanied by Associate Professor Anik Waldow, Department of Philosophy, PhD students Dominic Dimech, Elena Gordon, and Lucinda Nicolls Small were invited to Harvard to present their research during an international symposium on Medieval and Early Modern Philosophy, also attended by scholars from the University of Toronto, the University of Groningen (Netherlands) and Humboldt University of Berlin.

“To have been up there in front of world-class scholars, confidently communicating my ideas, is a memory I will cherish for a long time,” said Dominic. “There were a couple of really famous scholars in my field in the audience. At the end of my presentation, they came up to me and were asking questions about my research. That was something pretty special.”

As part of the workshop, the students were paired with commentators who offered detailed feedback on their work.

“This kind of mentoring experience is immensely valuable, and not often available,” said Lucinda. “It was an unprecedented opportunity to meet and exchange ideas with philosophers from around the world.”

Associate Professor Waldow also arranged for the students to attend the classes of one of the most important philosophers today – world-famous ethicist Christine Korsgaard – and well-regarded Kant expert Samantha Matherne.

“Not only did I walk away from these classes having learnt a lot about Kant and the history of ethics, but it was also a privilege to have watched these professors teach. So, not only was I able to add to my philosophical knowledge by attending their classes, but I was also able to add to my skills as an educator,” said Elena.

“The experience during the Harvard exchange has only improved my existing impression of philosophy,” added Lucinda. “Not only was there a high standard of scholarship, but everyone who participated was encouraging and supportive.”

For Dominic and Elena, the trip offered a unique opportunity for a face-to-face meeting with University of Toronto philosopher Donald C. Ainslie, whose research they had written about in their PhD theses.

“I have greatly admired his work on Hume for a long time, so it was great to have been presented with the opportunity to send him my own work, receive comments from him and to discuss Hume with him in person,” said Elena.

“It was pretty surreal to meet him in the flesh and to ask him about his views. We disagree on some key issues, so we had some good back-and-forth as we chatted over lunch,” added Dominic.

“It’s pretty amazing to think I’ve made the full transition from being a student who can merely digest what others have to say to finding my voice in some of the big conversations going on in the study of the history of philosophy today. To be with some of the greatest and brightest scholars in the world and be treated as an equal is a pretty special feeling.”

An international community of philosophers

Associate Professor Waldow said this trip was the first step towards building a new international philosophical community and says she and colleagues from the universities of Harvard, Toronto, Humboldt and Groningen are already talking about opportunities to encourage exchange and dialogue among more young philosophers.

“Next year, Harvard University professors Alison Simmons, a well-known Descartes specialist, and Jeffrey McDonough, known for his research on Leibniz, will visit Australia – this will be an opportunity for us to reconnect and continue to foster the relationships between our philosophy departments,” Professor Waldow said.

Notably, Lucinda has been invited to study with and be supervised by Professor Simmons for a semester next year.

“This is proof that these kinds of activities allow our students to develop an international perspective and also help them make new connections with scholars who might eventually be their colleagues, research collaborators or employers,” Professor Waldow said.

All three students agreed that the biggest benefit was feeling a sense of belonging in a world-class philosophical community.

“There’s always a danger in academia – and especially in philosophy – that you become too caught up in your personal research and you forget about what others have to contribute to your research and your life,” said Dominic.

“This trip was a reminder that philosophy is a shared enterprise and that one’s own ideas are always made better by listening to and learning from what others have to say. To think that I will always have some networks at Harvard University for the rest of my career is pretty amazing.”

Be a part of something bigger at University of Sydney!

Learn more about University of Sydney