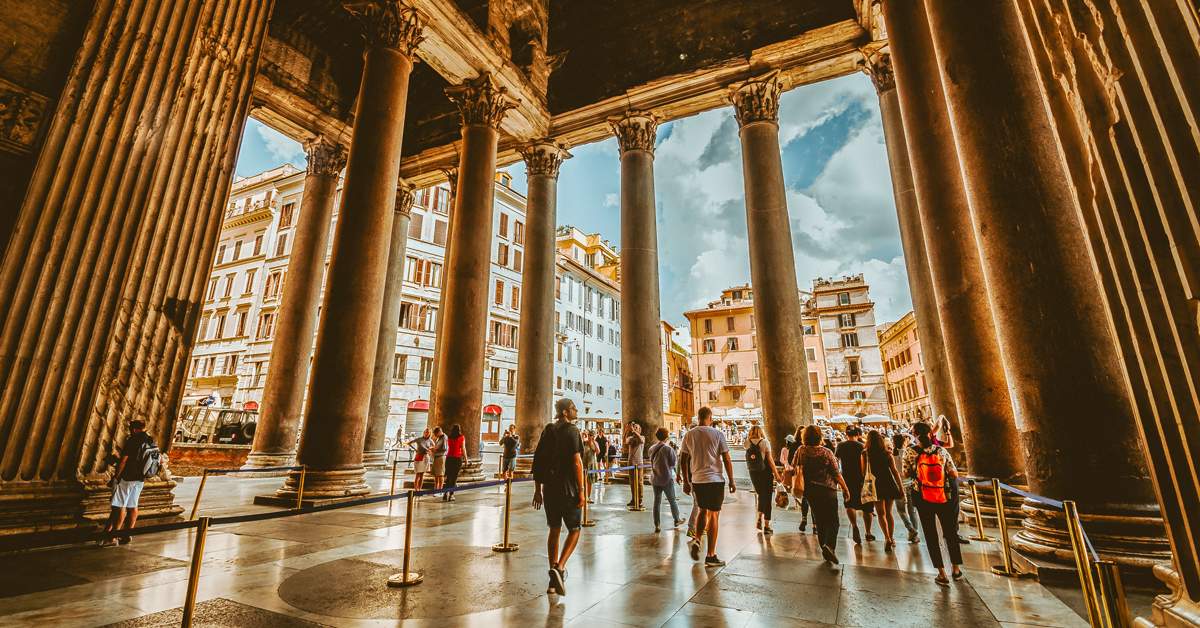 In the Philippines, where the job market is highly competitive and openings are limited, we study so we’d have an advantage when it comes to job-hunting. Education allows us to develop soft and technical skills that we can use in the workplace. So if the opportunity does come along where we could learn more, wouldn’t it make sense to jump at it?

Studying abroad is one such moment. You’re presented with the chance of a lifetime when you find out you qualify for your school’s student exchange program. However, it comes with a  catch.

You’ll be far from home, away from your family. If you get sick, you’ll have to rely on the kindness of strangers to take care of you. Not to mention, you’ll probably experience culture shock, especially if the country you’re going to is vastly different from where you are now.

Also, the costs—while some schools provide subsidies, like immigration processing fees and maybe a stipend, you’ll still have to prepare a considerable sum for the flights, lodging, and other miscellaneous expenses. With all these in mind, is the payoff really worth it?

Worth it, but not the way you’d expect.

In 2017, the Institute of International Education (IIE) published a study which shows that education abroad improves 21st-century workplace skills. The study called Gaining an Employment Edge: The Impact of Study Abroad on 21st Century Skills & Career Prospects in the United States cited the following key findings:

The study surveyed students from more than 4,500 U.S. college and university alumni at various stages of their careers. While it was done in the United States, there are still a couple of points we could pick up from it. Let’s go through the three most important findings.

The students who participated in the survey pointed out that studying abroad allowed them to develop their cognitive, intrapersonal, and interpersonal skills. Among these skills are:

These things mentioned above are what we call 21st-century skills—assets that are highly sought-after in any industry. Technical or software skills are usually counted among them, but when asked about its development in relation to studying abroad, the respondents said that their home campuses are more than sufficiently equipped to develop those specialized skills.

You can also pick these skills up at your home university, but when you’re studying abroad, you’re forced to pay attention to them because it becomes a matter of survival. You need them, not only to thrive in your host university but in your day-to-day life as well.

Studying abroad gave the respondents a better understanding of their respective field. This, in turn, had an effect on how they viewed their career possibilities. They gained the confidence to pursue the various career options open to them.

It seems, aside from developing skills and changing attitudes, studying abroad also has an unintended benefit in terms of opening career pathways and opportunities. These possibilities are ones that were previously unknown, or simply weren’t considered.

After all, if you were to study abroad, you’d see how your field of study is perceived in your host country. With that, you’ll discover how they apply the knowledge that you pick up in your course, and this perspective is what you’re taking back home with you.

The skills gained have a long-term impact on your career.

Here’s the answer you’ve been waiting for! More than half of the respondents believed that their study abroad experience helped them land a job offer at some point. The other half, however, was not sure if it directly affected their chances of getting employed.

Although, the half that was unsure, still believe that the skills gained through studying abroad were relevant and useful throughout their careers, especially when they were promoted to management-level positions. That was where they had to flex their communication and interpersonal skills to lead their teams toward success.

Overall, studying abroad may not have a direct effect on the number of job offers you get, but the skills you pick up prove invaluable. There is merit in the saying that it’s not the destination, but the journey.

Not being able to study abroad doesn’t mean that you won’t pick these skills up. There are ways for you to develop these 21st-century skills on your own. If studying abroad is not an option for you, we have more resources on the blog that could help hone your soft skills to make you more attractive to employers:

The Edukasyon.ph blog is full of articles that can prepare you for the challenges of education, career, and life. For more tips and advice on life as an international student, read more articles like this on the Study Abroad blog section. Check them out!

Miguel graduated from Ateneo de Manila with a degree in Theater Arts. He started out in advertising, and is now telling stories full time. What started out as a hobby, became a career. Who would have thought, right?